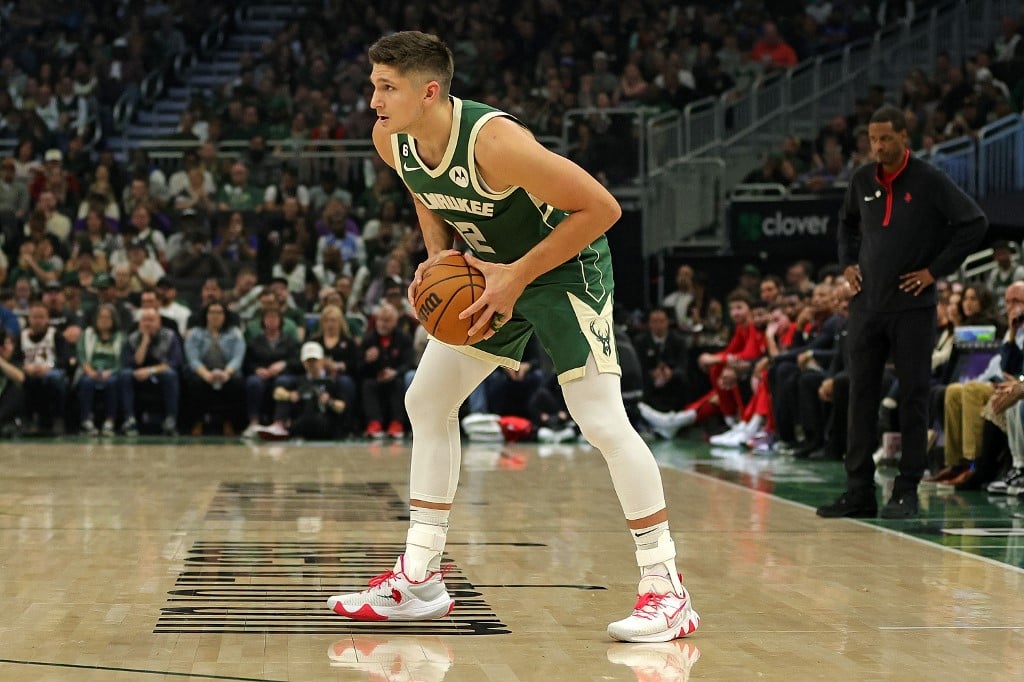 Giannis Antetokounmpo (37 points, 13 rebounds) posted a double-double and scored 14 points in the fourth quarter before fouling out with 1:00 left for the Bucks, who have won three straight. Jrue Holiday scored 22 points while Bobby Portis Jr. (10 points, 12 rebounds) added a double-double off the bench. Allen finished with 11 points and reserve Pat Connaughton had 10 points.

Mitchell Robinson (15 points, 20 rebounds) recorded a double-double and finished one rebound shy of his career-high for the Knicks, who have lost three of four. Their total margin of defeat in those losses — against the contending Bucks, Portland Trail Blazers and Memphis Grizzlies — is 13 points.

Neither team led by more than seven points in a tightly contested game.

The Bucks led 74-71 at the end of the third. After the teams traded baskets to open the fourth, Connaughton hit book-ending 3-pointers and Antetokounmpo scored six points in the middle of a 10-6 run that gave the Bucks their biggest lead at 86-79.

The Knicks got within three points or fewer eight times before finally tying the score at 103-103 in a 13-second sequence in the final minute when Robinson and Brunson each split a pair of free throws.

On the next trip down, Allen took an underhanded pass from Brook Lopez and drained a 24-footer despite Barrett having a hand in his face. Barrett missed a 3-pointer on the Knicks’ subsequent possession and New York wasn’t able to foul before the Bucks called timeout with 13 seconds left.

The Knicks fouled twice following the timeout to put the Bucks into the bonus and Holiday iced the game by hitting a pair of free throws. Randle missed a layup and George Hill hit a free throw for the game’s final point.