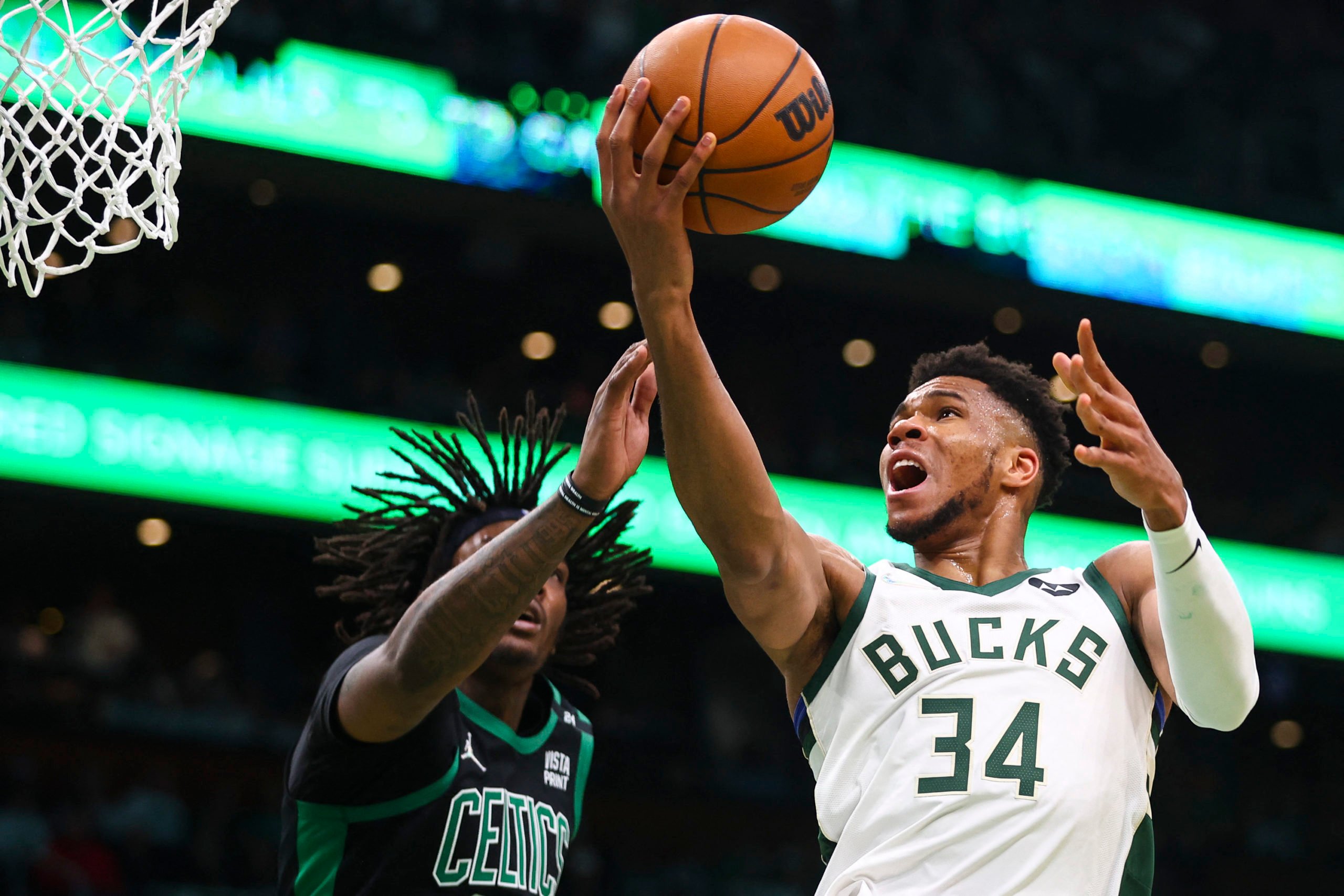 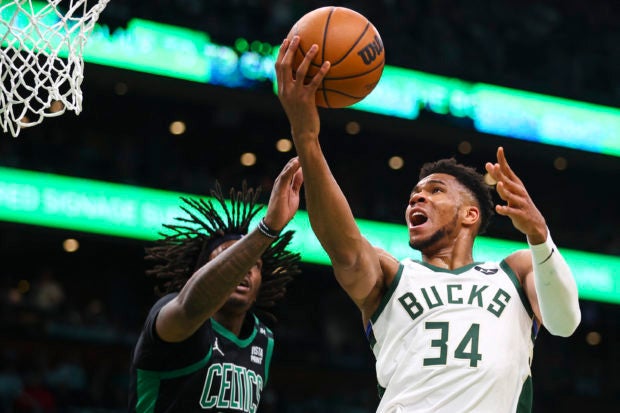 Giannis Antetokounmpo of the Milwaukee Bucks drives to the basket past Robert Williams III of the Boston Celtics during Game One of the Eastern Conference Semifinals at TD Garden on May 1, 2022 in Boston, Massachusetts.   (Getty Images via AFP)

The Greek star and his teammates overwhelmed the NBA’s top-rated defensive squad to start the second round best-of-seven series, which continues on Tuesday at Boston.

The Western Conference second round was set to begin later Sunday with the Golden State Warriors at Memphis.

Antetokounmpo scored or assisted on 55 of 87 Milwaukee points made when he was on the court.

Antetokounmpo made three turnovers in the first five minutes as Boston used multiple defenders to guard the Greek giant.

But from there, Antetokounmpo was able to lift the Bucks despite Milwaukee playing without forward Khris Middleton due to a sprained left knee ligament.

Milwaukee’s Jrue Holiday scored a game-high 25 points with 10 rebounds while Bobby Portis added 15 points and 11 rebounds as the Bucks kept it intense and physical.

“It’s good to get this dud out of the way,” Celtics coach Ime Udoka said. “Offensively not our best night. We saw what they were trying to do speeding us up and a lot of it worked.”

Udoka was unhappy about the Bucks scoring 27 points off 18 Celtics turnovers and said Boston’s inability to score inside was “alarming.”

“We settled for some tougher 3-point shots,” he said. “That’s what they want to do, protect the paint and make you shoot 3-pointers and for the most part I don’t think our decision making was great.”

Boston’s NBA Defensive Player of the Year Marcus Smart suffered a right shoulder injury and thigh bruises in the second quarter and struggled in the second half as Milwaukee closed out the triumph.

The Bucks closed the first quarter with a 10-0 run for a 27-24 edge and ended the second quarter on an 11-3 run for a 56-46 halftime lead. Antetokounmpo had eight points in the concluding first-half spurt.

Antetokounmpo had 14 points, eight rebounds and seven assists in the first half and from there, Boston struggled to keep up with the visitors.

Jayson Tatum led the Celtics with 21 points while Jaylen Brown and Al Horford each added 12 points and Horford pulled down 10 rebounds. Smart had 10 points and six assists.