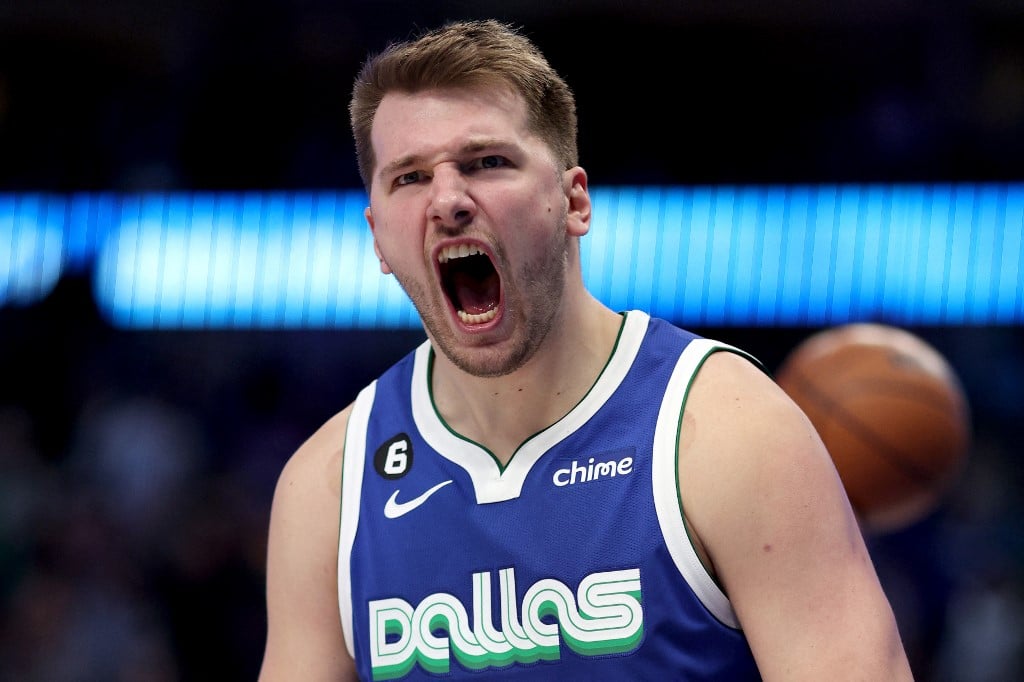 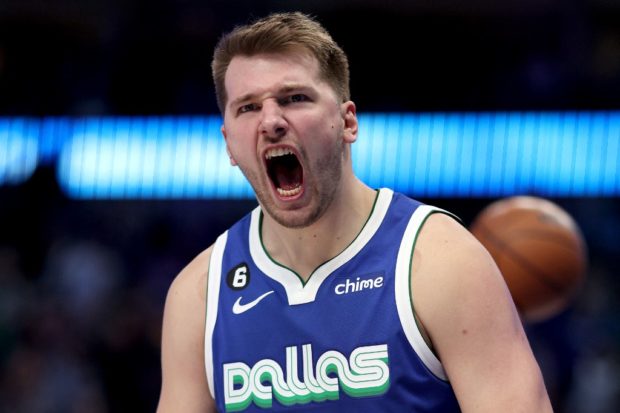 Luka Doncic of the Dallas Mavericks  (Getty Images via AFP)

LOS ANGELES – Luka Doncic delivered a 41-point triple-double to power the Dallas Mavericks to a 116-113 victory over NBA champions Golden State on Tuesday in a rematch of last season’s Western Conference finals.

Dallas’ Slovenian star added 12 rebounds and 12 assists in the victory — his 51st career triple-double and his fifth this season.S

The Mavs, who fell to the Warriors in five games in last season’s conference finals, needed every bit of the “Luka Magic.”

Although they jumped to a quick 23-6 lead, the Warriors had cut the deficit to one point at halftime thanks in large part to the efforts of their bench, who outscored the Mavs reserves 43-29.

Doncic scored 13 points in the third quarter, but the Mavs still couldn’t shake Warriors, the lead changing hands six times in the action-packed fourth that ended with the Mavs snapping a four-game losing streak.

Stephen Curry scored 32 points for Golden State, including a three-pointer over Maxi Kleber for a 110-108 lead with 2:09 to play.

But Doncic fed Tim Hardaway for a three-pointer and blocked a Curry attempt before teammate Josh Green banked in a shot and the Mavericks took the lead for good.

Hardaway scored 22 points for the Mavericks and Spencer Dinwiddie added 14 before he was ejected for a flagrant foul after an elbow to the face of Jordan Poole early in the fourth.

It was a morale-boosting performance for Hardaway, whose struggles this season included a six-point effort in a loss to Milwaukee on Sunday.

New York’s Julius Randle celebrated his 28th birthday with a season-high 36 points as the Knicks trounced the Pistons 140-110 in Detroit.

“I’m getting old,” Randle quipped in a post-game interview with MSG Network after a standout performance that included seven rebounds, five assists and a steal. “I’ve got to cherish these games.”

Quentin Grimes, Jalen Brunson and RJ Barrett scored 16 points apiece for the Knicks and Immanuel Quickley added 15 off the bench.