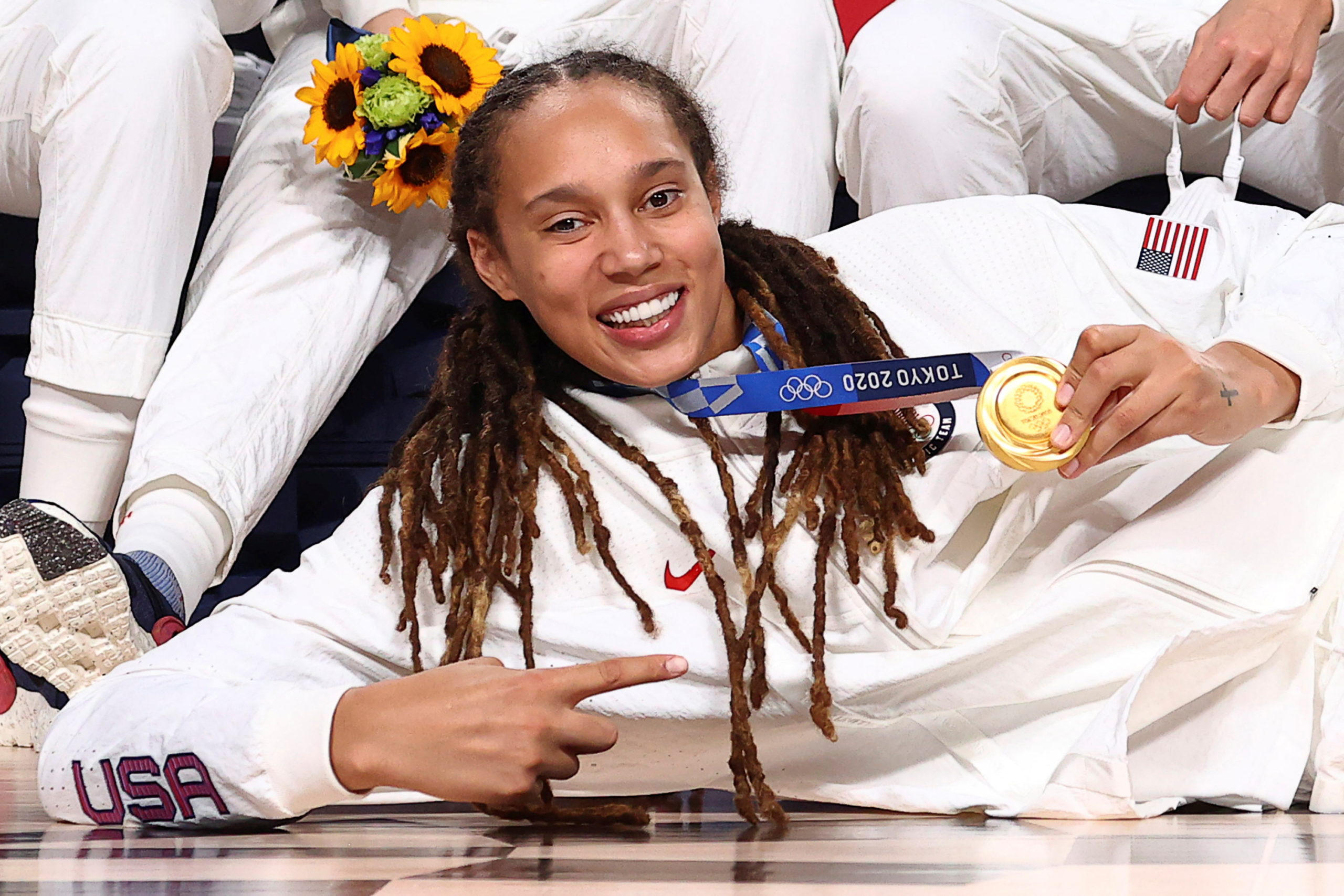 FILE PHOTO: Brittney Griner of the United States poses for a photograph with her gold medal in Women’s Basketball at the Tokyo 2020 Summer Olympics at the Saitama Super Arena in Saitama, Japan, August 8, 2021. Picture taken August 8, 2021. REUTERS/Brian Snyder

SAN FRANCISCO – Boston Celtics players on Saturday called on the White House to do everything in its power to secure the release of WNBA player Brittney Griner, who has been detained in Russia since February.

Players wore t-shirts with the words “We are BG” on the front and a QR code leading to a White House petition on the back for the two-time Olympic gold medalist at practice in San Francisco ahead of NBA Finals Game Two on Sunday.

“The shirts were super important not only for showing our support for our sister who is detained over in Russia but to show the togetherness and love that we have throughout the NBA and the WNBA,” Celtics forward Grant Williams told reporters.

“She’s been a vital part of the WNBA over the years and has had an impact on young female athletes in the U.S. and overseas.

“We hope to have her back in the U.S. and reunited with her family and do what she loves and bring that love and tenacity she always plays with to the court.”

Griner was detained at a Moscow airport on Feb. 17 when a search of her luggage allegedly revealed multiple cannabis oil vape cartridges. She faces up to 10 years in prison.

The U.S. State Department last month determined that Griner was wrongfully detained and has assigned diplomats to work for her release.

Griner has for years played for a Russian professional team during the WNBA off-season.

“We wanted to come out and show our support,” Celtics guard Jaylen Brown said.

“She has been over there for an extended amount of time and we feel like enough is enough.”