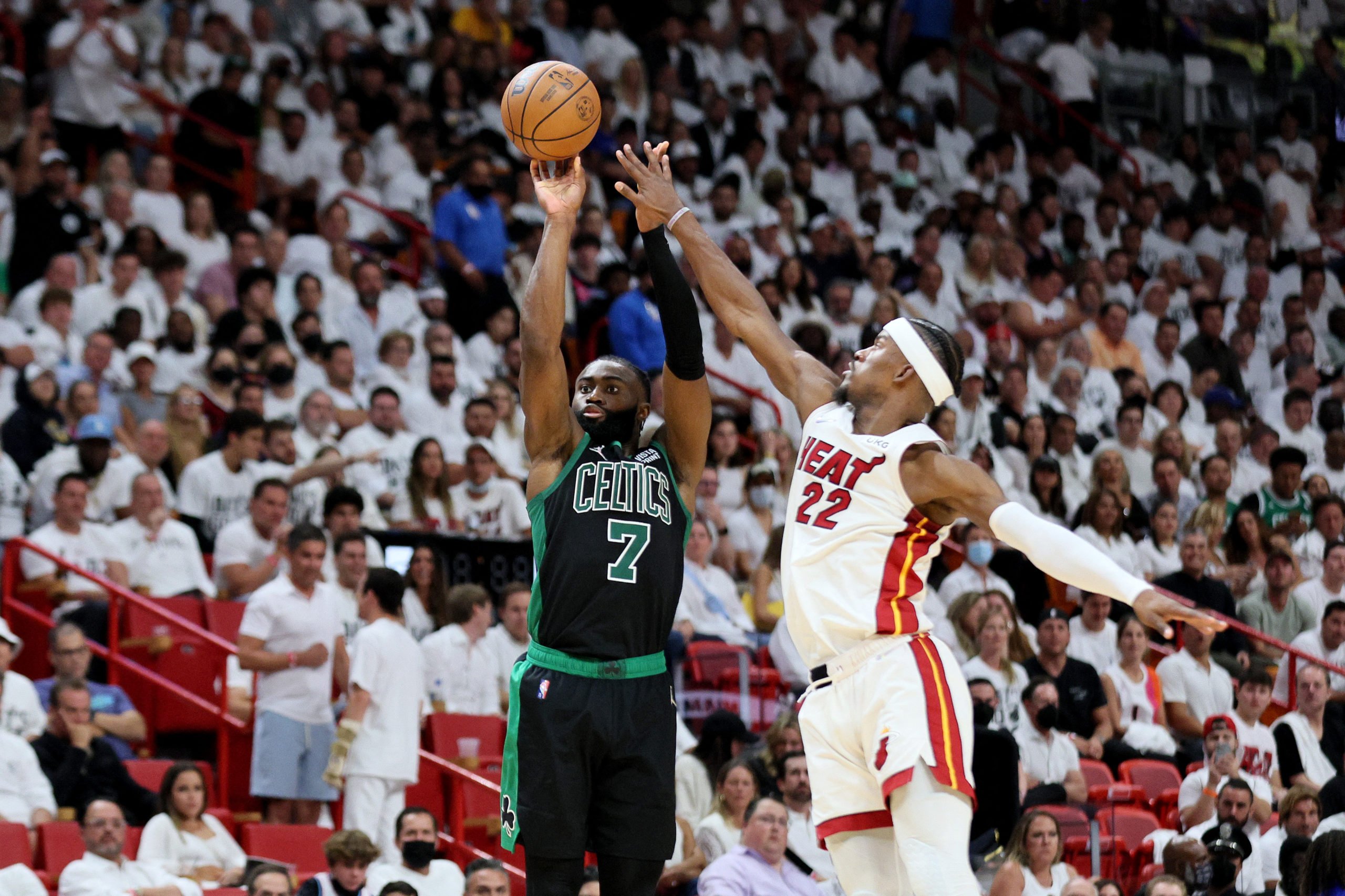 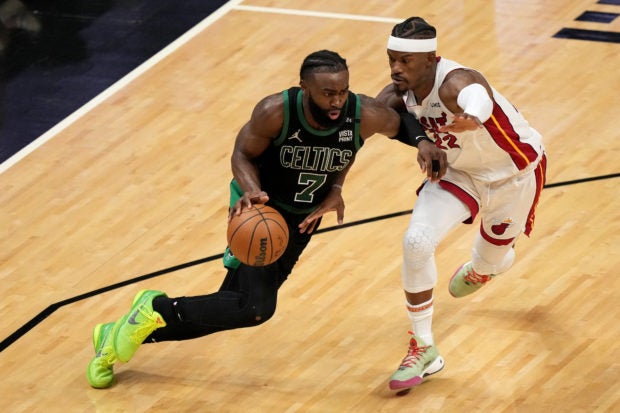 Jaylen Brown of the Boston Celtics is defended by Jimmy Butler of the Miami Heat during the third quarter in Game Five of the 2022 NBA Playoffs Eastern Conference Finals at FTX Arena on May 25, 2022 in Miami, Florida.  (Getty Images via AFP)

MIAMI – Jaylen Brown scored 25 points and Jayson Tatum added 22 as the Boston Celtics moved to the brink of the NBA Finals on Wednesday by defeating Miami 93-80.

Tatum added game-highs of 12 rebounds and nine assists as the visiting Celtics took a 3-2 edge in the best-of-seven Eastern Conference finals series, which continues in Boston on Friday.

“We’ve got to be ready for the next one,” Brown said.

The Celtics, who improved to 6-2 on the road in this year’s playoffs, are one victory from reaching the NBA Finals for the first time since 2010, when they lost to the Los Angeles Lakers.

They have not captured the NBA crown since 2008, when they beat the Lakers. 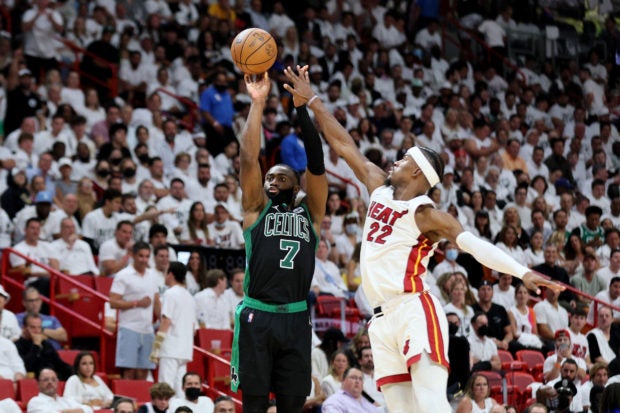 Jaylen Brown of the Boston Celtics shoots the ball against Jimmy Butler of the Miami Heat during the fourth quarter in Game Five of the 2022 NBA Playoffs Eastern Conference Finals at FTX Arena on May 25, 2022 in Miami, Florida.   (Getty Images via AFP)

A physical, defensive-minded contest was decided late in the third quarter and early in the fourth, when the Celtics went on a 24-2 run, Brown scoring 13 in the spurt and Tatum adding seven.

“We just got it going offensively,” Brown said. “We stopped turning the ball over. We cleaned it up, made more shots and got settled in.”

The Celtics dominated the third quarter, outscoring Miami 32-16 and closing the period with a 10-0 run for the largest lead to that point at 69-58 entering the fourth quarter.

Miami went 4-for-22 shooting from the floor in the third quarter.

Boston then opened the fourth quarter with a 14-2 run to seize command at 83-60 and the Celtics held off Miami from there, an emphatic slam dunk by Brown serving notice the visitors would not be letting the Heat make the game dramatic over the final minutes.

“We played defense great in the first half. We played great defense in the second half,” Brown said. “Once we started shooting the ball straight I knew we’d have a good half.” 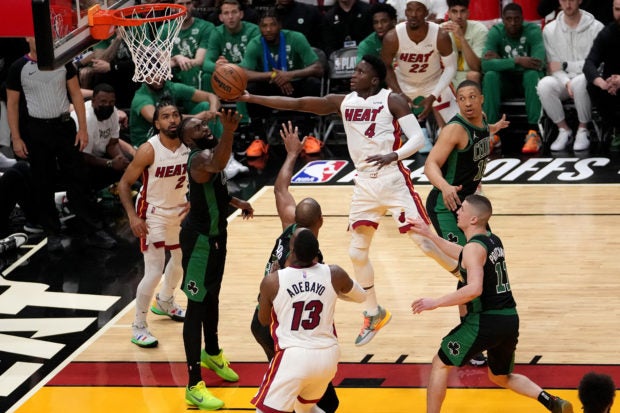 Victor Oladipo of the Miami Heat shoots the ball against Jaylen Brown of the Boston Celtics during the first quarter in Game Five of the 2022 NBA Playoffs Eastern Conference Finals at FTX Arena on May 25, 2022 in Miami, Florida.  (Getty Images via AFP)

The Heat’s starting backcourt, Max Strus and Kyle Lowry, were a combined 0-of-15 from the floor, 0-for-12 from 3-point range.

Boston’s Marcus Smart played despite a right ankle sprain and teammate Robert Williams was on the court despite a left knee injury.

The Heat led 42-37 at half-time, the closest mid-point score so far in the blowout-filled series. Adebayo led Miami with 10 points while Derrick White had 11 off the Boston bench.