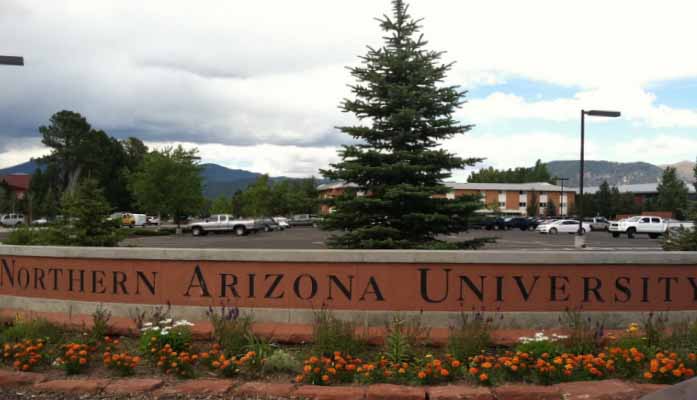 Something as radical as requiring Arizona university students to take “diversity” courses to graduate should have been brought to light by our state’s major newspapers.  For whatever reason, that did not happen. Instead, New York’s City Journal has revealed this outrage in the article “A Bachelor’s in Diversity” by John D. Sailer, a National Association of Scholars research associate. It can be found at https://www.city-journal.org/northern-arizona-univ-ramps-up-diversity-requirements.

In the spring of 2021, Rita Hartung Cheng retired from her position as President of Northern Arizona University (NAU). She had served in that capacity since 2014.  Under her leadership, NAU improved its student retention and graduation rates.  In addition, due to her efforts, NAU received recognition for having well-served both Hispanic and Native American populations.

Following Cheng’s retirement, on June 14, 2021, José Luis Cruz Rivera, a native of Puerto Rico along with his wife, began his tenure as President of NAU. He had served in various high-level executive positions at The City University of New York, California State University, The Education Trust in Washington, DC, and the University of Puerto Rico. Considering Cruz Rivera’s history, it would seem likely that his political inclination would be left of center at best, or radically left at worst.

In August 2021, Flagstaff’s Daily Sun published a Sunday feature about Cruz Rivera’s wife, Rima Brusi, that depicted her as being left to the extreme.  She has stood up firmly against the Puerto Rican government’s attempts to privatize businesses and services.  She has criticized the “U.S. colonization of Puerto Rico” and “disaster-capitalism.”  In a recent essay, she railed against the establishment of both charter and private schools.

Whereas it is not unusual for husbands and wives to disagree politically, Cruz Rivera’s recent actions indicate that Rivera Cruz and his wife Rima share views considered outside the mainstream of this country.  They are certainly not in line with the views of most Arizonans.

According to the City Journal article, NAU now requires students to complete two diversity classes in order to graduate.  They include the following: “Intersectional Movements of Race, Class, Gender, and Sexuality;” “Introduction to Queer Studies;” and, “Trans Existence and Resilience.”

In October 2021, the Arizona Board of Regents voted in favor of requiring students in the NAU General Studies Program to take at least twice as many “diversity” courses as those enrolled in other fields.  They must complete four such classes, one from each of the following categories: Global Diversity; U.S. Ethnic Diversity; Indigenous Peoples; and Intersectional Identities. The NAU diversity-curriculum committee proudly described their new policy as “unprecedented.”

The study of foreign languages cannot count towards this requirement although language majors read literature specific to the country where the language is spoken.  Reading an essay in Spanish by a noted Spanish author would certainly be more academically challenging and interesting than having to suffer through one of those “diversity” classes that are most likely painfully repetitious.

NAU has replaced academic rigor with indoctrination.  It is sad that we had to find this out from a New York publication.

Johanna Haver is a retired teacher, former member of the Maricopa County Community College District Board, and author of three books on education.