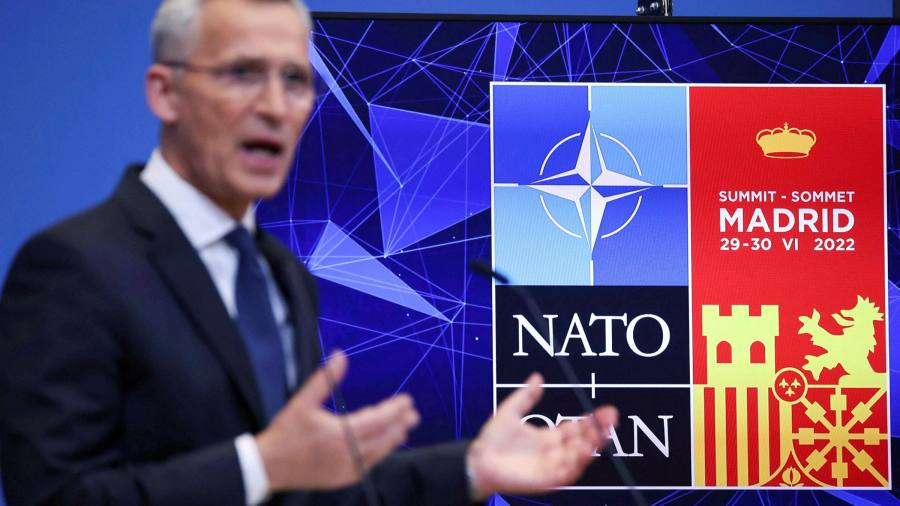 Nato will warn that China is a challenge to its members’ security in its new 10-year doctrine to be agreed this week, as the western alliance seeks to juggle emerging global threats with war on its eastern border.

Beijing is set to be labelled “a challenge to our interests, our security and our values” when Nato’s 30 leaders agree the alliance’s “strategic concept” up to 2032 at a summit starting on Tuesday in Spain.

Nato leaders will discuss how to balance the growing threat from China’s military advances and new cyber capabilities, as well as global crises including food and energy supply concerns, against the danger posed by Russia and its war in Ukraine.

“The strategic concept is about much more than Russia, reflecting the fact that we are very much aware that . . . the other threats and challenges that we must address have not disappeared,” Nato secretary-general Jens Stoltenberg told the Financial Times.

Stoltenberg said he expected allies to agree “clear language on China”, which was not even mentioned in Nato’s previous strategic concept.

“China is not an adversary,” he added. “But of course we need to take into account the consequences of China’s heavy investments in military capabilities, long-range nuclear weapons and efforts to take control of our critical infrastructure when we address how to ensure Nato will remain the most successful alliance in history.”

Nato officials drafting the 10-year strategy ahead of the Madrid summit have had intense discussions on China, people briefed on the process told the FT, reflecting the range of economic ties that Nato members have with Beijing and different perceptions of the threat posed by China.

China’s president Xi Jinping has raised western concerns by refusing to condemn Russian leader Vladimir Putin’s invasion of Ukraine and offering his backing to the Kremlin in the face of condemnation from the US, EU and others.

Nato officials also point to Beijing’s efforts to propagate Russian disinformation about the war, such as denying evidence of Russian war crimes in Ukraine or rejecting claims that Russia is preventing cargo ships from exporting Ukrainian wheat and disrupting global food markets.

Xi and Putin issued a joint statement in February calling on Nato to stop admitting new members in eastern Europe, the first time that China’s leader had directly criticised the western alliance.

The attention being paid to China comes as Nato leaders are expected to overhaul the alliance’s plans to defend eastern Europe, boosting its quick response forces roughly eight-fold to more than 300,000 troops.

Nato is set to agree that member countries will pre-assign troops, weapons and equipment to specific territories and purposes and commit to training exercises in those areas. The plan will mean that Nato commanders can deploy those forces immediately rather than having to request help from governments in the event of an attack. 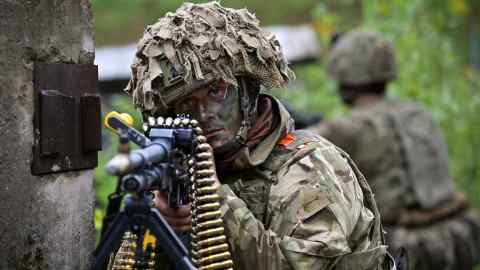 The alliance will also increase the number of its troops placed in eastern countries on temporary rolling deployments, preposition heavy equipment to reduce transport delays and add more command and control and air defence assets to Nato’s eastern defence forces.

Nato leaders in Madrid — who will be joined by the leaders of Georgia, Australia, New Zealand, Japan and South Korea, and Ukrainian president Volodymyr Zelenskyy via video link — will continue efforts to unblock Turkey’s veto on Finland and Sweden’s applications to join the alliance.

Nato hosted talks between senior officials from Turkey, Sweden and Finland on Monday while the leaders of the three countries will meet in Madrid on Tuesday for discussions brokered by Stoltenberg.

Turkey has blocked what was expected to be a rapid approval process due to what Ankara says is a reluctance by the Nordic countries to crack down on extremist groups affiliated to the Kurdistan Workers’ party (PKK), an armed militia that has fought the Turkish state since the 1980s.