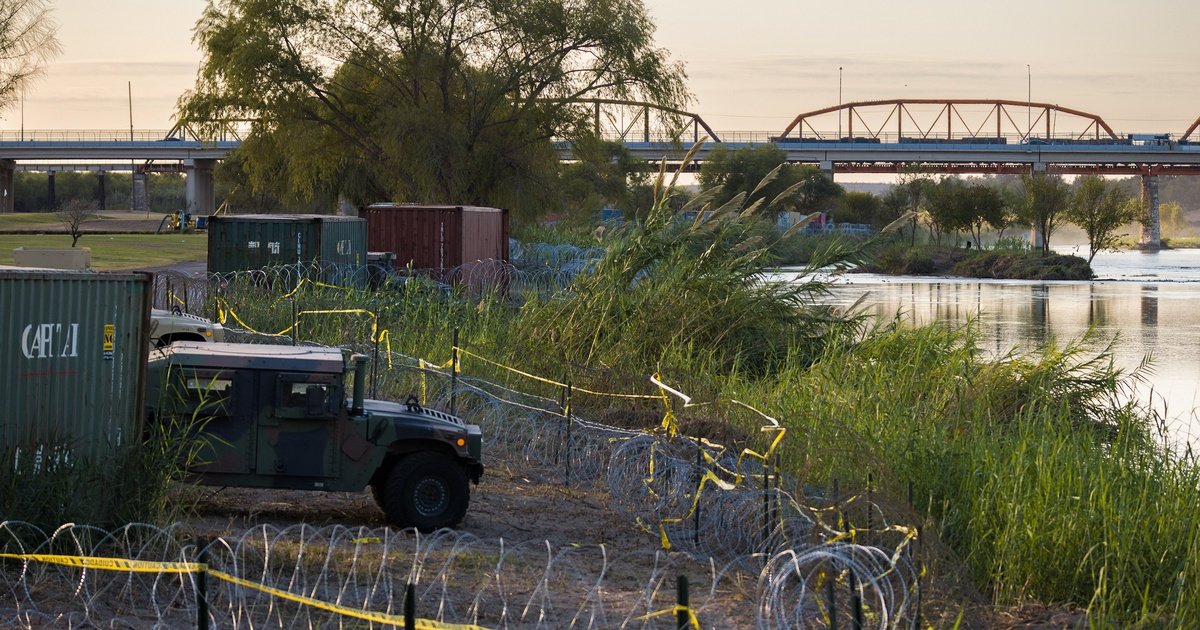 This article is co-published and co-reported with Military Times, an independent news organization reporting on issues important to the U.S. military. Sign up for its daily Early Bird Brief newsletter here.

The soldier jumped into the river just after 9:45 a.m., according to documents obtained by Military Times and The Texas Tribune. Despite removing his body armor before entering the Rio Grande, the soldier did not resurface.

Shortly after the incident, rescue efforts began with search parties in boats and helicopters, the documents said. Dive teams arrived on site later in the morning, but the Guard member has not been found.

The report did not say whether the migrant survived.

Military Times and the Tribune are withholding the missing soldier’s name until Texas officials publicly identify the service member.

The Texas Military Department said in a statement it was working with the Texas Department of Public Safety and U.S. Border Patrol to rapidly find the soldier. A Texas DPS spokesperson also confirmed to Military Times and the Tribune that a service member was missing.

The military department said the search for the soldier remains ongoing.

“The soldier has not been found,” the department said in a statement signed by the public affairs staff.

Two soldiers, who requested anonymity because they were not authorized to speak to the media, told Military Times and the Tribune that, in the wake of the incident, some commanders in the sector have issued orders banning troops from entering the water without a flotation device. Other units have banned entering the water entirely.