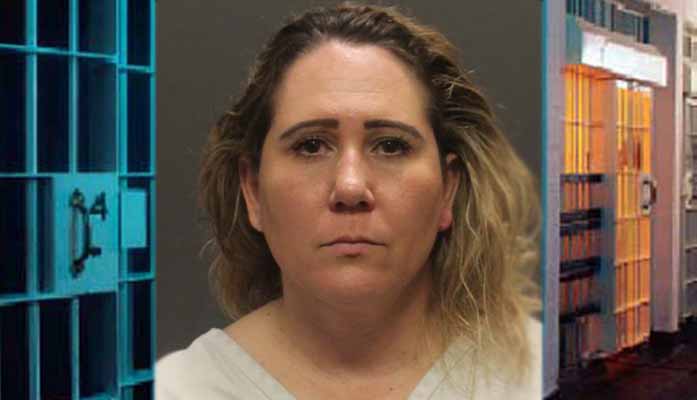 The former head of a non-profit organization which supports the Arizona National Guard’s 162nd Fighter Wing has been sentenced to a short jail term followed by probation for embezzling more than $84,000 from the group.

Amy Lyn O’Neill was sentenced in a Pima County courtroom Tuesday to serve 30 days in the county jail followed by four years of supervised probation. To avoid the possibility of a 2.5-year prison sentence, she had to pay $65,000 before the hearing toward the $84,444 she owes for restitution.

O’Neill pleaded guilty last month to a Class 4 felony of Solicitation to Commit Theft for stealing from the Jimmy Jet Foundation between October 2019 and May 2021 while serving as the foundation’s president. Two Class 2 felonies of engaging in fraudulent schemes were dismissed as part of the negotiated plea agreement.

Court records show O’Neill is prohibited under the terms of her conviction from opening any new checking, savings, investment, or retirement accounts without the prior written approval of probation. She must also provide any accounting records, tax records, and/ or any financial documents requested by her probation officer.
In addition, O’Neill is barred from any work which involves a fiduciary responsibility, and must notify any employers of her conviction even if the job does not involve handling or access to money.

O’Neill is also under court order to not gamble.
Records show O’Neill spent more than $37,700 of the foundation’s money for payments to her personal credit card, and another $18,600 for “personal purchases.’ She also spent nearly $9,700 for her personal mortgage payments and pulled more than $18,000 from the account via ATM withdrawals.

According to the AGO, agents of the Special Investigation Section discovered O’Neill transferred $79,000 from another foundation account into the Jimmy Jet Foundation bank account in an attempt to cover up her unauthorized use of funds. Those funds were recovered.