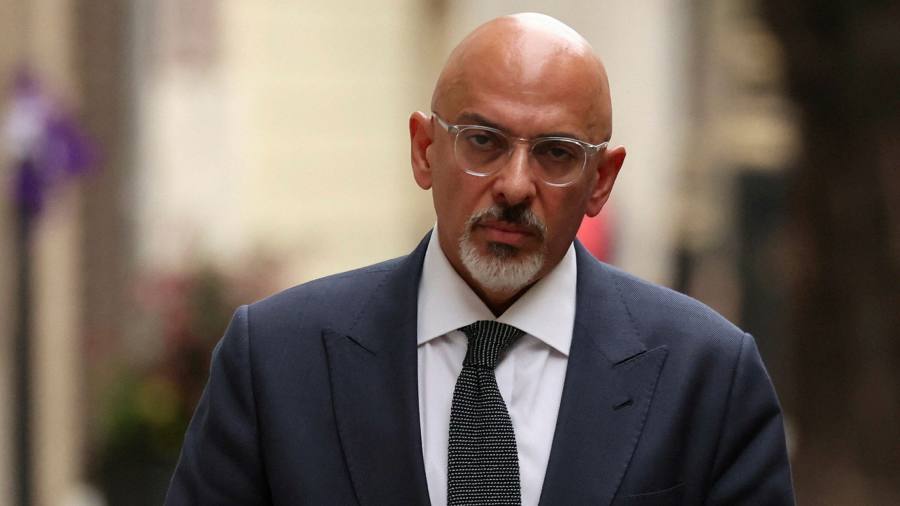 Nadhim Zahawi, the UK’s new chancellor of the exchequer, has said he will review government plans to raise corporation tax from 19p to 25p as Boris Johnson seeks to rescue his floundering administration.

Zahawi was appointed on Tuesday night after the shock resignation of his predecessor Rishi Sunak, health secretary Sajid Javid and multiple junior members of the government.

There were more resignations on Wednesday morning, including three ministers, taking the total to 15 in under 24 hours.

With Johnson battling for his future as prime minister, Downing Street wants the new chancellor to cut taxes — and cancel planned tax rises — in an attempt to win back voters, despite the potential consequences for Britain’s fragile public finances.

On Wednesday morning, Johnson was preparing for a difficult session of prime minister’s questions at midday.

Meanwhile, rebel MPs are plotting to change Conservative party rules to engineer another vote of confidence against him before parliament’s summer break.

Zahawi told Times Radio on Wednesday morning that he could roll back the corporation tax rise planned for next April. “When boards invest, companies invest, they invest for the long term and they do compare corporation tax rates,” he said. “So I will look at everything.”

April’s tax rise is intended to raise £17bn a year to help repair the public finances after the UK government borrowed hundreds of billions of pounds to get the country through the Covid-19 pandemic. It has been partly offset by a new “super-deduction” designed to encourage companies to step up their capital investment.

Sunak feared that cutting taxes could fuel inflation, which is already spiralling towards double-digit figures. He said in his resignation letter that he could not agree an economic strategy with Johnson, who is known to dislike the looming tax rise on business because their approaches were “fundamentally too different”.

One senior government insider suggested the new chancellor would be pursuing a different economic strategy to Sunak: “For the next stage, we need a plan for growth and not just balancing the books.”

Markets will be watching whether a looser fiscal regime could force the Bank of England to raise interest rates faster.

Downing Street insisted for days that Johnson had not been told about “specific allegations” of misconduct by Pincher in the past. On Tuesday, Johnson admitted that he had been briefed about the allegations in 2019 — but had forgotten about it. 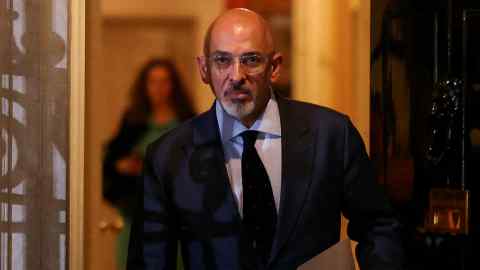 Many Tory MPs believe the ministerial mutiny signals the beginning of the end for Johnson.

John Glen, economic secretary to the Treasury, and Robin Walker, schools minister, were the latest to quit.

Glen blamed the handling of Pincher’s appointment as deputy chief whip and Johnson’s “poor judgment” while Walker said in his resignation letter that the Conservative party had become “distracted from its core missions” by a relentless focus on questions over leadership.

“The loss of the Rishi Sunak and the Sajid Javid [sic] this week, two of our brightest talents from the top team, reflects a worrying narrowing of the broad church,” he said.

“I have always believed it is the job of our party to strike the right balance between efficiency and compassion . . . we risk achieving neither.”

Will Quince, children’s minister, also left his job on Wednesday morning — while Zahawi was on air defending the government — criticising “inaccurate” statements by Downing Street.

Laura Trott, a parliamentary private secretary, quit a few minutes earlier, saying: “Trust in politics is, and must always be, of the utmost importance, but sadly in recent months this has been lost.”

More than 40 per cent of MPs expressed no confidence in Johnson in a confidence vote last month. Under current Conservative party rules, such a ballot can only happen once every 12 months.

But that could change next week after the party elects a new executive of the backbench 1922 committee, which sets the rules for leadership contests.

An anti-Johnson slate of candidates is expected to push for a rule change to allow another vote, potentially before parliament breaks up in late July for the summer recess.