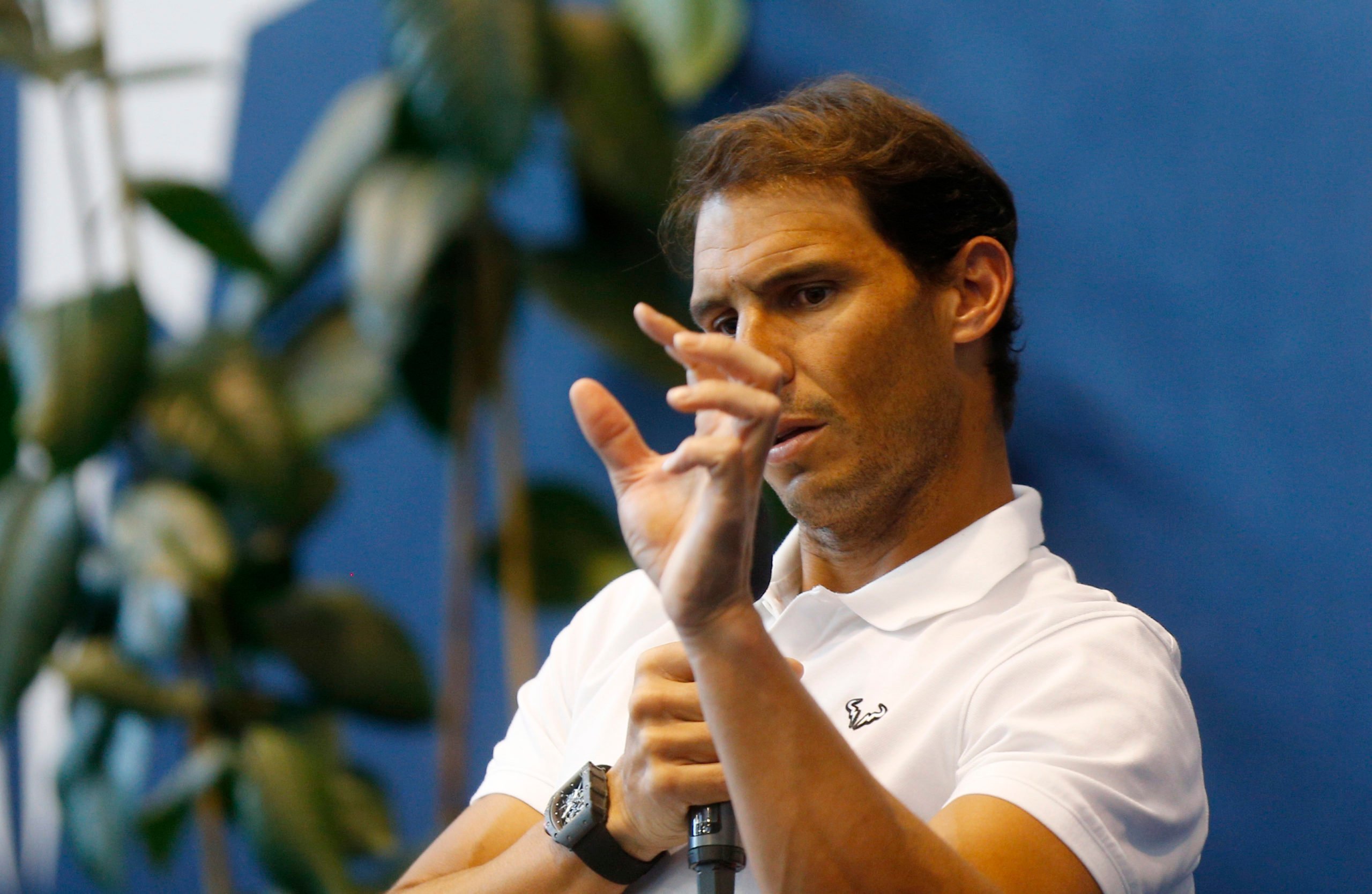 Rafael Nadal deemed Wimbledon’s decision to ban Russian and Belarusian players from taking part in the Championships as “unfair”, the Spanish tennis legend told reporters in Madrid on Sunday.

The 21-time major winner believes the All England Club chose “the most drastic option”, and hopes the tours can find a way to interfere with the ban.

Wimbledon has been heavily criticized by both the ATP and WTA as well as players like Nadal’s great rival Novak Djokovic for implementing the ban due to Russia’s invasion of Ukraine.

Belarus is considered an ally of Russia’s and permitted Russian troops to invade Ukraine from across its border.

“It’s unfair for my Russian colleagues,” said Nadal. “In that sense it’s not their fault what’s happening in this moment with the war.

“I’m sorry for them. I wish it was not this way, but at the end of the day we know that this is what we have.”

Nadal, who is returning to competitive play at the Madrid Masters after a six-week hiatus due to a rib injury, said it may fall upon him and his fellow players to take a stand.

“As a fellow player, what can I say? I feel sorry for them,” said the 35-year-old two-time Wimbledon champion.

“I wish this was not the case.

“Let’s see what happens in the coming weeks and let’s see if we as players need to take a stand. There is something wrong.”

Nadal criticized Wimbledon for going beyond their remit.

“When a government orders something, you need to follow the rules,” he said.

“In this case, the government issued a recommendation and Wimbledon decided to impose the most drastic option without being forced to do so.”

The Grand Slams are independent of the ATP and WTA but the tours grant them ranking points, which could be withheld if an agreement is not reached on the matter.

“We know that Slams are outside the ATP, but as ATP we grant them the most points of all events,” said Nadal.

“They are the most important. The 2,000 points, whenever we go to the Grand Slams, they are really important and we have to go to those tournaments.

“So we will have to see the measures that we take, and it’s very unfair thing for them, for sure.”

Meanwhile, world number one Djokovic said he has not been in contact with anyone from the ATP Tour but understands that discussions are underway to explore the different ways Wimbledon’s decision can be countered.

The Serbian star has had to miss some of the biggest events so far this season –- Australian Open, Indian Wells and Miami –- due to his Covid vaccination status.

“It’s not the same thing, but going through something similar earlier this year for myself, it’s frustrating knowing that you’re not able to play,” said the 20-time Grand Slam champion.

“I still stand by my position that I don’t support the decision. I think it’s just not fair, it’s not right, but it is what it is.

“They are entitled to make the decision, and now I guess it’s on the player council, the tour management, to really decide, along with the players, what is the best solution in this situation, whether they keep the points, protect the points, take away 50 percent of the points or whatever.”

Of the multiple options on the table at the moment, Djokovic believes that completely stripping Wimbledon of ranking points is the least likely.

Holding a Grand Slam without ranking points on offer could position it as a glorified exhibition tournament but Djokovic does not see it that way.

“Wimbledon and Grand Slams are more than tournaments where you earn 2,000 points if you win. There is history behind it,” said Djokovic, who is the reigning champion at the All England Club.

He does however predict that whatever decision is made regarding the points, it will have a “big ripple effect” on the tour.

“I think in this particular situation, you won’t have everyone happy, so there is going to be somebody that’s going to suffer more consequences.”