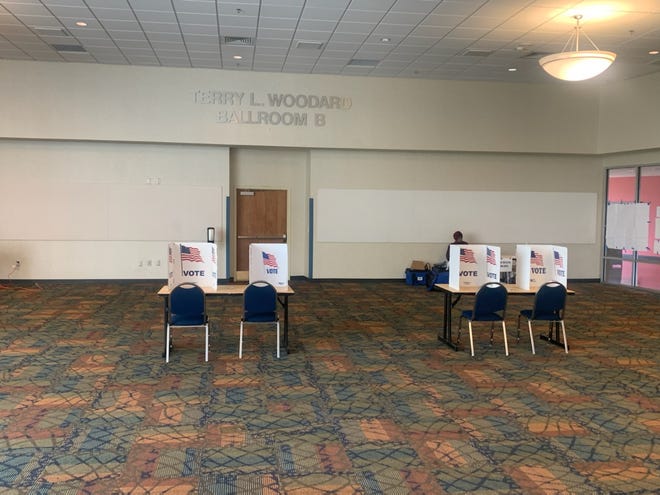 Voters in Hattiesburg were trickling in to their polling places  Traffic was a little slower than usual, poll workers said.

Voters made their choices on paper ballots and placed them in a machine that records their entry.

Noon: Only 1 voter turns out at Jackson State

Only one of the approximately 2,500 voters registered at the Jackson State University precinct cast a ballot Tuesday morning, reporter Joshua Williams said.

A voter in Long Beach reported on Twitter there were virtually no voters at her precinct when she went to cast her ballot Tuesday morning.

“Long Beach was pretty dead at 8 this morning,” she said. “(There were) two others besides me.”

As of 10 a.m., Sunnybrook Retirement Village had only 18 of the 708 registered voters cast ballots. Only 43 of 3,017 votes at Pilgrim Rest Missionary Baptist Church voted and at Victory Baptist Church on Hoy Road, 51 of 1,329 voters turned out.

Voters trickled in to the Brandon Baptist Church precinct to cast ballots for their candidate of choice in the Mississippi Democratic or Republican candidate for the U.S. House of Representatives, photographer Hannah Mattix reported.

The state has four congressmen representing it in Washington, D.C. Congressional elections are held every two years. Each of the four incumbents are seeking reelection.

Registered voters in Holmes, Hinds, Rankin and Forrest counties can schedule a ride by calling or texting  662-205-6683.

Masks are required and must cover the face from nose to chin. Masks will be provided for those who do not have one.