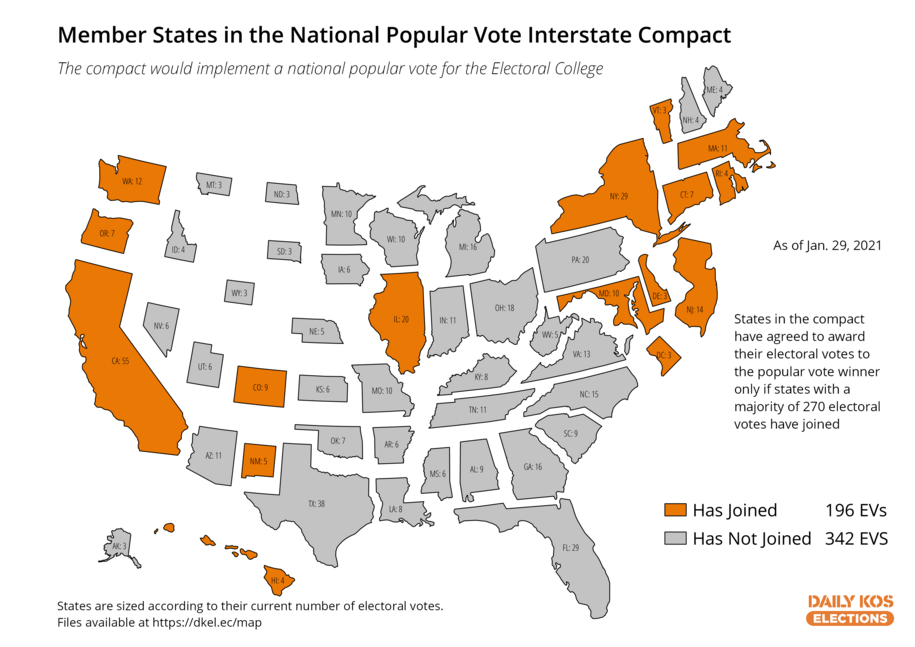 Aside from these three states, there are no states left that have a unified Democratic state government and have not yet joined the compact. Supporters may therefore have to wait until after future elections bring new lawmakers to power before they stand a chance at successfully adding any new members to the compact.

Before last November, it appeared possible for the compact to take effect by 2024 if Democrats did well enough in the 2020 and 2022 elections. However, Republican victories in key legislative chambers last year dashed those hopes, while the coming midterms are likely to be unkind to Democrats, since the party that controls the presidency typically suffers in midterm elections and Republicans are poised to dominate redistricting thanks to their recent wins.

It could therefore be many years before the compact could realistically win enough support to take effect barring an unexpected reversal of opposition by Republicans. That, however, appears exceedingly unlikely as long as Republicans continue to believe that the Electoral College gives them a partisan advantage.

Obama fires up Virginia crowd for governor’s race he calls a U.S. “turning point” By Reuters