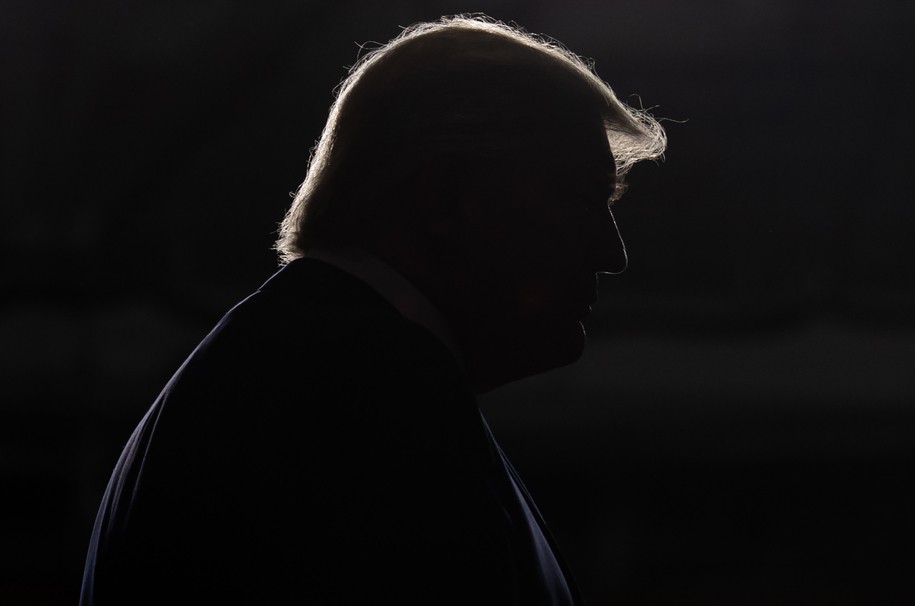 The survey shows Cheney trailing both state Sen. Anthony Bouchard (who’s already announced a bid) and state Rep. Chuck Gray (whose name hasn’t come up previously) by the same 50-23 margin, and it even has her losing a three-way matchup, with Bouchard taking 28, Cheney 21, and Gray 17. McLaughlin’s track record for sheer wrongness is so well-known we don’t even need to get into it, but there’s something else we do want to get into.

In particular, we need to shine a spotlight on recent comments made by the firm’s principal, John McLaughlin, who’s veered deep into the land of election conspiracy theories. In promoting a poll his firm conducted last month, McLaughlin tried to buttress support for a number of long-debunked lies:

The Washington Post, meanwhile, reported that McLaughlin happily obliged a rage-filled Trump with similarly unhinged polling after the election, including numbers that—impossibly—showed him with a positive job approval score. (The article memorably featured one White House adviser comparing Trump to “Mad King George, muttering, ‘I won. I won. I won.'” It listed McLaughlin first among aides “happy to scratch [Trump’s] itch” for validation.)

Most extreme of all, on the night of the Georgia Senate runoffs, McLaughlin approvingly retweeted a Trump tweet that read, “Looks like they are setting up a big ‘voter dump’ against the Republican candidates. Waiting to see how many votes they need?” Pointing to heavily Democratic DeKalb County, McLaughlin wondered aloud, “Are they deciding how many votes the Democrats need to win?” and later that night grimaced, “The big dump came.” Needless to say, no such thing happened.

As we said when we recently surveyed similar statements by the head of another Republican polling outfit, Trafalgar Group:

We take a heterodox approach to polling—there are many ways to get it right, and no one has a monopoly on the truth. But the truth is what we all must seek. Excluding polls is not something we do lightly, but when a pollster espouses beliefs about elections that are demonstrably false, we are unable to conclude that such a person does in fact believe in seeking the truth.

So too with McLaughlin. While he’s long been an object of ridicule, he’s now demonstrated that it’s not just incompetence that lies behind his many errors but a fundamental disregard for the truth—and we’ll treat him accordingly.

● FL-Sen: Politico reports that the DSCC and Joe Biden are working to recruit either Rep. Val Demings or Rep. Stephanie Murphy to run against Republican Sen. Marco Rubio next year, though both have been “noncommittal.” Demings said last month she was considering a bid while Murphy declined to rule out the race in December.

● IN-Sen: In a new interview, former Democratic Sen. Joe Donnelly didn’t rule out a possible challenge to Republican Sen. Todd Young next year, saying that “we’ll see what the future holds.” However, Donnelly cautioned that he has “not made any kind of decisions on those types of things” and declined to specify any sort of timetable. Donnelly, who won a remarkable upset in 2012, lost his bid for a second term to Republican Mike Braun by a 51-45 margin in 2018.

● NH-Sen, NH-Gov: WMUR’s John DiStaso reports that Republican operatives believe that former Sen. Kelly Ayotte, whose name has more frequently come up as a possible gubernatorial candidate if Gov. Chris Sununu decides to run for Senate, will herself “take a hard look” at a bid against Democratic Sen. Maggie Hassan. DiStaso notes, though, that Ayotte and Sununu are “very unlikely” to run against one another, so presumably Ayotte would be more inclined to consider the governorship if Sununu goes for the Senate but would have greater interest in the Senate race if Sununu seeks re-election.

● OH-Sen, OH-Gov: Far-right Rep. Jim Jordan’s team said Thursday that he would not run to succeed his fellow Republican, retiring Sen. Rob Portman. Buckeye State Republicans had speculated that if Jordan, who has long been a key Donald Trump ally, had run, he would have been able to deter many of his would-be primary opponents. That won’t be happening now, though, and Jordan’s decision could encourage the many Republicans eyeing this race to make the jump.

Jordan’s spokesperson did not mention a Cleveland.com report from November that the congressman was considering challenging Republican Gov. Mike DeWine, who fell out with Trumpworld after he recognized Joe Biden’s victory. However, we haven’t heard anything new about a potential Jordan gubernatorial campaign in the ensuing two months, and it’s not clear if the congressman is even still considering the idea.

● FL-Gov: Politico reports that Democratic Rep. Charlie Crist is “maneuvering with the governor’s mansion in mind,” which is the first time we’ve seen reporting that the former governor might actually be considering a bid. The only other hint we’ve seen from Crist came in November, when he ran some unusual post-election ads thanking voters for re-electing him. That prompted observers to wonder if he was laying some early groundwork for another statewide bid, a possibility that he appeared not to rule out.

Crist won the governorship in 2006 as a Republican but waged an unsuccessful bid for the Senate in 2010 (during which he left the GOP to become an independent) rather than seek re-election. Crist became a Democrat two years later, and, after falling just short in a gubernatorial comeback bid in 2014, won the St. Petersburg-area 13th Congressional District in 2016.

● IL-Gov: Wealthy businessman and Trump megadonor Gary Rabine, the founder of a paving company, is “expected” to launch a bid for governor next month, according to Politico. It’s not clear just how much Rabine is worth, but a 2016 report described his business operations as “a $210 million dollar conglomerate of 11 companies,” so if he still owns a large chunk of that enterprise, it’s likely he could at least partly self-fund a campaign.

● OH-Gov, OH-Sen: Cincinnati Mayor John Cranley says he’ll report raising $350,000 in the second half of 2020 and has $500,000 on-hand ahead of a likely gubernatorial bid against Republican Gov. Mike DeWine next year. Cranley is the only Democrat who’s filed paperwork so far, and while he hasn’t announced a campaign, he says he’s “extremely serious about running.” He also just ruled out a run for Ohio’s newly open Senate seat.

● MD-01: Former Del. Heather Mizeur formally announced a challenge to Republican Rep. Andy Harris on Thursday, a few weeks after saying she might do so in response to Harris’ role in inciting the Jan. 6 assault on Congress. Maryland’s 1st Congressional District, which voted for Donald Trump 59-39 in November, is safely red, but because Democrats control the redistricting process, they could adjust the lines to make it competitive.

● WA-04: Republican state Rep. Brad Klippert has launched a challenge to Rep. Dan Newhouse, one of the 10 House Republicans who voted to impeach Donald Trump, though in a lengthy statement announcing his bid, he didn’t actually use the word “impeachment” once.