Morning Digest: Check out our calendar of key downballot elections around the U.S. in 2021 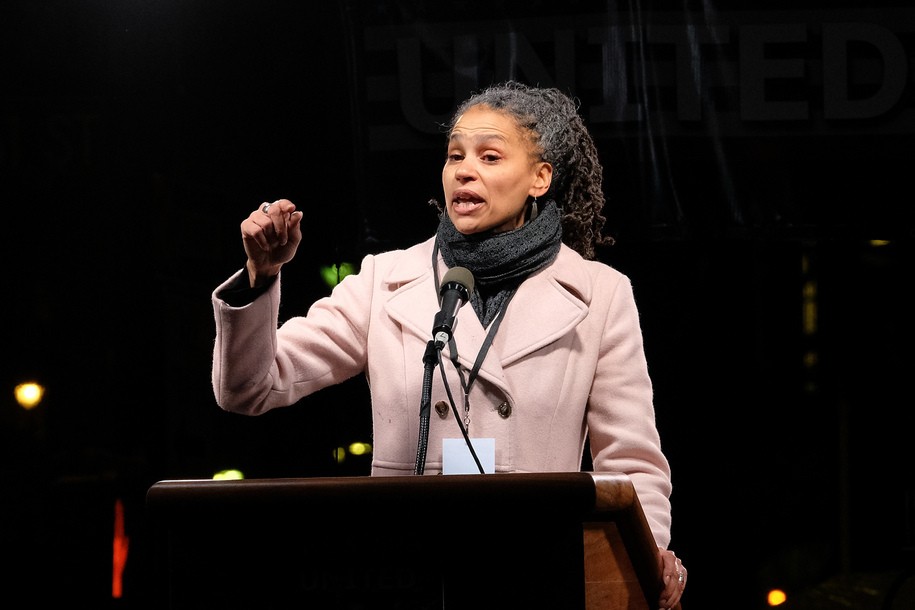 There’s also quite a bit of action happening at the local level. Numerous cities are holding mayoral elections, headlined by the nation’s largest city, New York City. Many of these contests are happening in strongly Democratic cities like Atlanta and Minneapolis; however, three large cities in North Texas offer some intrigue. Arlington, Fort Worth, and Plano are all hosting races where the current GOP mayor is term limited. Democrats are hoping to score pickups in Arlington and Fort Worth, though Plano is assured to remain in Team Red’s column after only Republican-aligned candidates filed to run.

Additional local elections are taking place in populous jurisdictions such as Philadelphia and Oyster Bay, New York (a large population center on Long Island that is home to nearly 300,000 residents), which will vote for district attorney and town supervisor, respectively.

Finally, 2021 promises a busy schedule of House special elections. Though only two Louisiana races have confirmed dates, we’re expecting at least five in 2021 (for context, a total of seven of these races occurred in 2019 and 2020 combined). This is pending the outcomes of President Biden’s cabinet picks from New Mexico’s 1st District and Ohio’s 11th District, along with an official date for Texas’ 6th District. We’ll update our calendar as these races become official, along with any other contests that come on our radar as events develop.

2021 will be a very exciting year across the nation, so check out our calendar to find out which important offices are on the ballot.

Sewell addressed the lack of African American women in the Senate following Kamala Harris’ election as vice president, saying, “Black women have helped deliver Biden to the White House. We helped deliver Sen. Doug Jones to the Senate, and I do believe we deserve a seat at the table.” She also argued, “I disagree with the premise that somehow Alabama is not, we cannot turn Alabama blue like we did Georgia. The reality is that we can expand the electorate.”

● GA-Sen: Former Republican Sen. Kelly Loeffler recently confirmed to the Atlanta Journal-Constitution that she was considering seeking a rematch against Democratic incumbent Raphael Warnock, who unseated her 51-49 in January. The paper added that Loeffler is “in no hurry to decide.”

● NC-Sen: The News & Observer recently asked state GOP chair Michael Whatley’s team if he were interested in a bid for this open seat, and his team avoided answering the question. “Michael Whatley is focused on his role as the chairman for the North Carolina Republican Party and building on the party’s wins in the 2020 cycle,” said a spokesperson, which is not a no.

On the Democratic side, a strategist for Attorney General Josh Stein said that his boss would be looking at his opportunities for both 2022 and 2024. Stein, who was re-elected to a four-year term back in November, has been mentioned as a possible Senate candidate, though unnamed sources recently told Politico that they expect him to instead run for governor in 2024.

● NY-Gov: The Times Union‘s Edward McKinley reports that two of the Trumpiest members of New York’s House delegation, Reps. Lee Zeldin and Elise Stefanik, are among the Republicans who “have within the last few weeks either personally said they’re considering a run, or have taken steps viewed by other members from their party as prelude to a potential bid for the governorship.”

There’s no quote from either representative about their interest in taking on Democratic Gov. Andrew Cuomo, though the paper adds that Zeldin recently paid for a poll testing his prospects. A separate report from Fox also said that Zeldin was listening to Republicans encouraging him to get in.

Stefanik’s name surfaced last November, and while she didn’t completely rule out the idea, there weren’t any indications that she was seriously thinking about it. However, one unnamed GOP operative in Stefanik’s seat in the northernmost part of the state recently told the Times Union, “I know people who know her family pretty well, and a couple of them have told me that she wants to run for governor.” Other Republicans interviewed for that story, though, doubted that she’d want to give up her conservative seat in the state’s North Country for a very risky campaign in this very blue state.

McKinley also mentions wealthy businessman Harry Wilson as a potential GOP candidate, though there’s no word on his interest. Wilson lost the 2010 campaign for comptroller to appointed incumbent Thomas DiNapoli 51-46, which is the closest any Republican has come to winning statewide since 2002. Wilson spent months considering a campaign against Cuomo for 2018, but he ended up sitting the contest out.

● VA-Gov: Former Gov. Terry McAuliffe earned an endorsement from AFSCME on Monday ahead of the June Democratic primary.

● IL-01: Jahmal Cole, who is the founder of a nonprofit focused on aiding local teens from low-income areas, has announced a bid against longtime Rep. Bobby Rush in the Democratic primary for this safely blue seat based in the South Side of Chicago. Politico’s Shia Kapos describes Cole as a “charismatic” activist who has “become a voice for social justice on the city’s South Side.” She also notes that Cole has spoken at press briefings held by Chicago Mayor Lori Lightfoot and also appeared in a video for Barack Obama’s presidential center.

Defeating Rush will be a massive undertaking, though, as none other than Obama learned the hard way in 2000 during the first, last, and only race the future president would ever lose. In 2016, Rush earned 71% of the vote as he turned back a challenge from Chicago Alderman Howard Brookins, and he won a similar percentage last year against three intra-party foes. Still, Rush, who will turn 76 just after Election Day, did flirt with retirement during the 2018 cycle, and it’s possible he’ll choose to call it a career this time.

● NC-11: 2020 Democratic nominee Moe Davis has filed paperwork with the FEC ahead of a potential rematch against freshman Republican Rep. Madison Cawthorn. Davis raised $2.3 million last year but lost 55-42 as Donald Trump was carrying this western North Carolina seat by a similar 55-43 margin.

● OH-16: Politico’s Alex Isenstadt reports that former Trump aide Max Miller is “expected” to launch a primary bid against Rep. Anthony Gonzalez, who is one of the 10 Republicans who voted to impeach Donald Trump last month.

Miller himself has yet to say anything publicly about his interest in the race, though Isenstadt notes that he recently bought a home in the district. An unnamed person close to the potential candidate also says that Miller, who is the is the grandson of the late Cleveland philanthropist Sam Miller, has the ability to self-fund.

● TX-06: Two people close to the family of the late GOP Rep. Ron Wright tell the Texas Tribune’s Patrick Svitek that party activist Susan Wright, who is the congressman’s widow, is “getting close to launching a campaign” and could enter the race as early as this week. The special election to succeed Ron Wright, who died earlier this month after contracting COVID-19, has not yet been scheduled, though Svitek says it will likely happen by May 1.

On the Democratic side, education advocate Shawn Lassiter announced this week that she was ending her campaign for the Fort Worth City Council to run here instead.

TX-HD-68: Republicans Craig Carter and David Spiller will face off in a runoff election to replace Drew Springer, who was elected to the state Senate in December, in this North Texas district. Spiller led the way in the first round of voting with 44%, while Carter was a distant second with 18%. Spiller has also been endorsed by John Berry and Jason Brinkley, both of whom were candidates in the first round of voting.

● Pittsburgh, PA Mayor: State Rep. Ed Gainey recently earned an endorsement from SEIU Healthcare Pennsylvania, which Pittsburgh’s local CBS affiliate calls one of the city’s largest unions, for his Democratic primary challenge against Mayor Bill Peduto. The winner of the May 18 contest should have no trouble in the November general election in a very blue city that hasn’t been led by a Republican since 1934.

● Prediction Contest: At long last, we’re thrilled to announce the results of the 2020 Daily Kos Elections prediction contest! Congratulations to user Inoverhishead (who was anything but), who finished first with a score of 31 out of a possible 37 points. The runners up, UpstateNYer and deadpan, scored 30 and 29 points each, respectively. All three winners will receive $50 gift cards to Green’s Bakery!

We received nearly 1,000 contest entries, a whopping total! We’ll be in touch with the winners. Thanks again to all who entered, and a special thank you to our generous sponsor, GreensBabka.com! If you’d like to see how you stacked up, you can find our full spreadsheet of the results here.