More snow showers are on the way late on Sunday 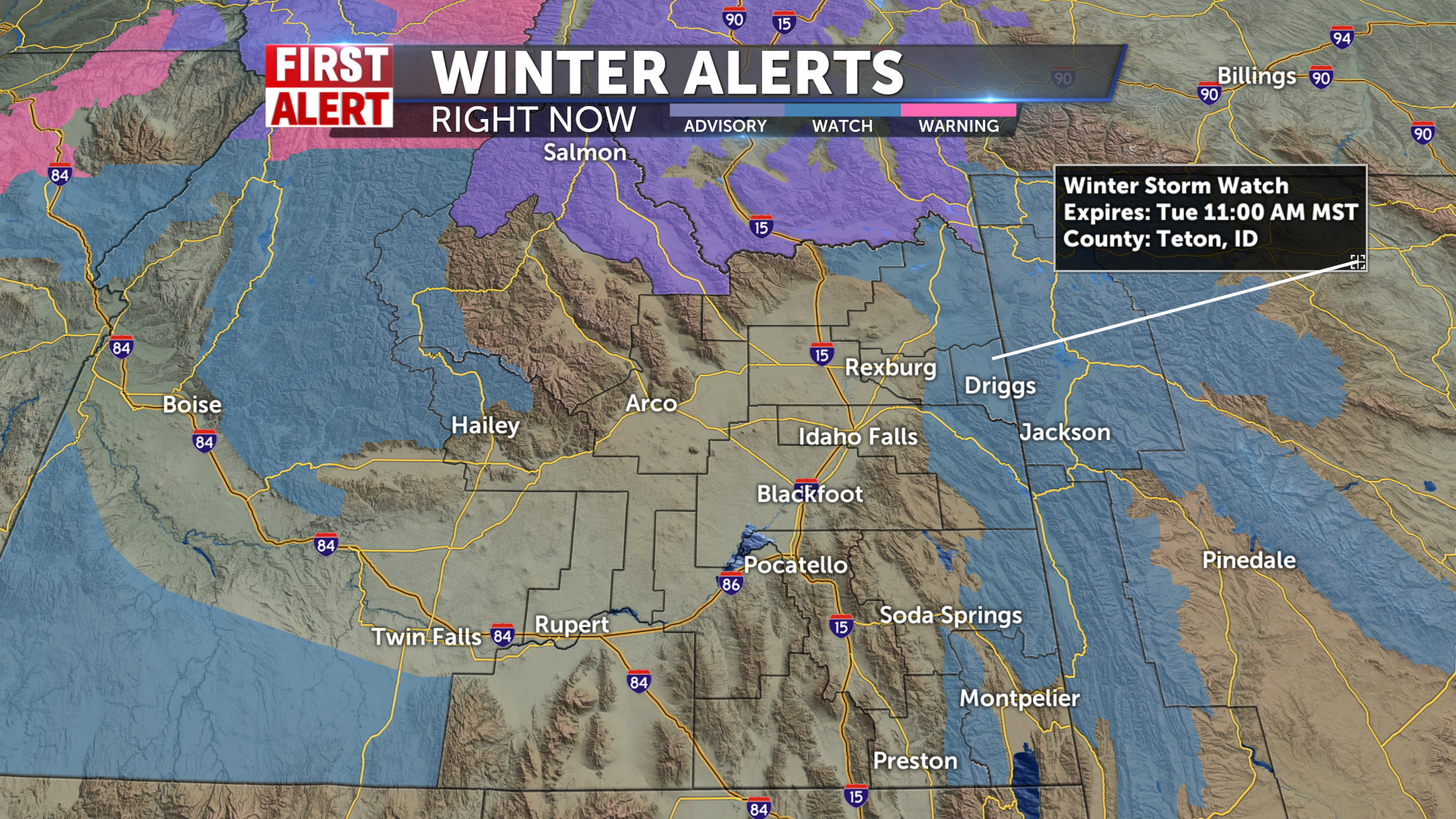 TONIGHT: Stray snow showers are left in the region tonight over the southern highlands and parts of SE Idaho early this evening, but we should see those clear up for us to have mostly cloudy, dry conditions for late tonight.  Fog is possible tonight across the Snake River Plain.  Winds will be light between 5-10 mph.  Low temperatures get down to the 10’s and teens in the mountains and lower 20’s for the valleys.

TOMORROW: Mostly cloudy to completely cloudy skies will be with us for most of the day Sunday with snow showers returning late.  We could see some isolated snow showers forming in the Upper Snake by Island Park and along the Continental Divide in the afternoon with scattered snow showers spreading to the rest of the region late at night into the overnight hours.  Winds will ramp up to be between 15-25 mph with gusts possible up to 50 mph.  High temperatures get into the upper 20’s and lower 30’s.

LONG TERM: Scattered snow showers continue into most of the day on Monday before having stray snow showers left for Tuesday and Wednesday.  We expect snow accumulation to be between 4-8 inches for the mountains and a half an inch to 3 inches for the valleys.  More round of scattered snow showers come later in the week on Thursday and Friday and then again on the following Sunday.  Winds will continue to be breezy for Monday before calming down on Tuesday.  Winds ramp up again late on Thursday into Friday.  High temperatures stay in the lower 30’s for Monday before plummeting into the teens and lower 20’s for Monday.  We expect highs to then slowly increase back into the lower 30’s by the end of the week.

WINTER STORM WATCH IN EFFECT FROM SUNDAY MORNING THROUGH LATE MONDAY NIGHT for The Sawtooth and Stanley Basins, and the Wood River Basin, including the towns of Stanley, Galena, Ketchum, and Hailey, and the eastern and southeastern highlands of Idaho from the Montana border to just north of the Bear Lake Basin. This includes the towns of Island Park, Ashton, Tetonia, Driggs, Victor, Swan Valley, and Wayan.

WINTER STORM WATCH IN EFFECT FROM SUNDAY AFTERNOON THROUGH TUESDAY MORNING for The Bear River Range of mountains, to the west of Bear Lake.