Morbius Bombs Again After Memes Propel It To Second Release 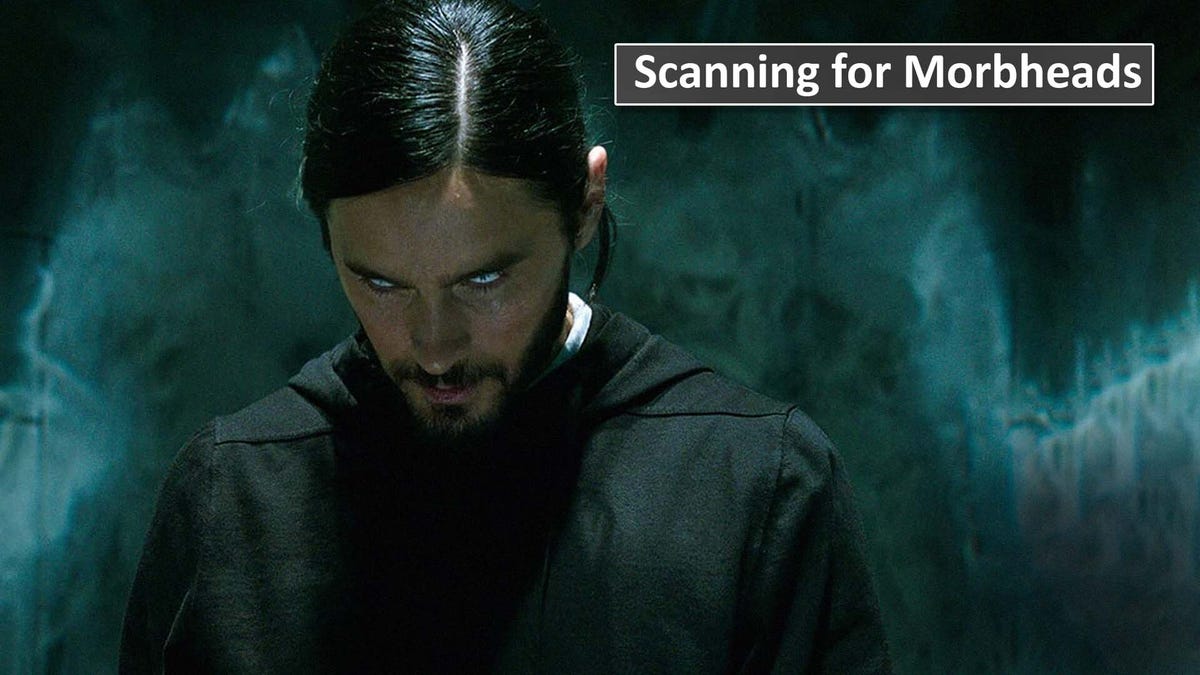 After weeks of Morbius memes dominating the internet, Sony had the strange idea to bring Jared Leto’s living vampire back to more than 1,000 theaters this past weekend. Maybe the PlayStation maker was hoping for Morbius to reveal itself as a The Room-style cult classic here, but the bloodsucking superhero flick bombed at the cinemas again, raking in just $85,000 at the box office on Friday. In other words, on average, each theater where it was playing pulled in just $85. It is most definitely not Morbin’ Time.

Morbius had its original theatrical release back in April. The Marvel-Sony joint follows Dr. Michael Morbius, a human biologist who accidentally becomes a vampire after trying to cure himself of a deadly disease. It wasn’t a good film, according to the reviews, and it certainly didn’t blow audiences away, raking in only $170 million worldwide. But thanks in part to unauthorized, 24/7 Twitch livestreams of Jared Leto’s obnoxious method acting, Morbius was resurrected as hilarious Morbin’ memes took off online.

Read More: Morbius Memes Are Taking Over The Internet

But for as funny as the memes are, they couldn’t save Morbius. According to Forbes, the Jared Leto-led movie pulled in an extra $85,000 on Friday, bringing its domestic earning total to $73.6 million. Box Office Mojo, a site that tracks a film’s performance as it moves through cinemas around the world, doesn’t have the weekend earnings for June 3-6 yet, but it reports Morbius made $35,360 over the Memorial Day weekend, by which point it had dwindled down to just 83 theaters. By pushing it back out to 1,000 screens, Sony may have been banking on the idea that all the memes would propel people into theaters for gleefully ironic viewings, the kind where you laugh along with just how bad the movie is. But why would people shell out to see Morbius at the theaters when it’s still streaming on Twitch, right now, for free? Hell, I wouldn’t, not when I can see Top Gun: Maverick or something.

Because here’s the deal: Morbius isn’t any good. Not by a long shot. It’s full of nearly impossible-to-follow fight scenes, terrible one-liners, and no chemistry between lead actors Jared Leto and Matt Smith. The narrative itself is also littered with enough plot holes and uninspired visual effects that no amount of Morbius memes could make it a legitimately enjoyable watch. It’s not the movie itself, but rather the experience of watching it with other Twitch chatters, all of you united in ridiculing the cinematic disaster, that makes it tolerable, even fun. And that’s probably the best criticism I’ve got for Morbius.

Still, despite Morbius bombing not once but twice at the box office, there’s a subset of viewers—or “Morbheads,” as they call themselves—that won’t stop pining for a sequel. There are jokey titles for a whole slew of imaginary films folks came up with that might constitute an entire MCU (Morbius Cinematic Universe), films like Morbius: The Rise of Morbius and Morbius 54: Morbzilla. Some are jokingly tweeting about counting down the days until Morbius 2 comes out. (Which isn’t a confirmed thing, btw). Even Jared Leto got in on the meme fun—if we can even call it that anymore—posting himself reading a fake Morbius 2 script written by award-winning (also fake) author Bartholomew Cubbins. You might recognize that name from several Dr. Seuss books.

I’m not happy about Jared Leto jumping on the meme wagon. “It’s Morbin’ Time” is a joke, a catchphrase meant to mock the method-acting-obssessed actor. We’re laughing at him, not with him, so it’s weird seeing him meme with us. Still, I kinda want Morbius 2. That way, hopefully the memetic phrase sticks to him like a scarlet letter whenever the living vampire turns to beat up some goons. That’s the only way I’m Morbin’ out to a sequel, if one ever happens.

Doctor Strange 2, Netflix’s The Man from Toronto, and more new movies to watch at home

16 best movies to watch on Netflix, Hulu before they leave (June 2022)