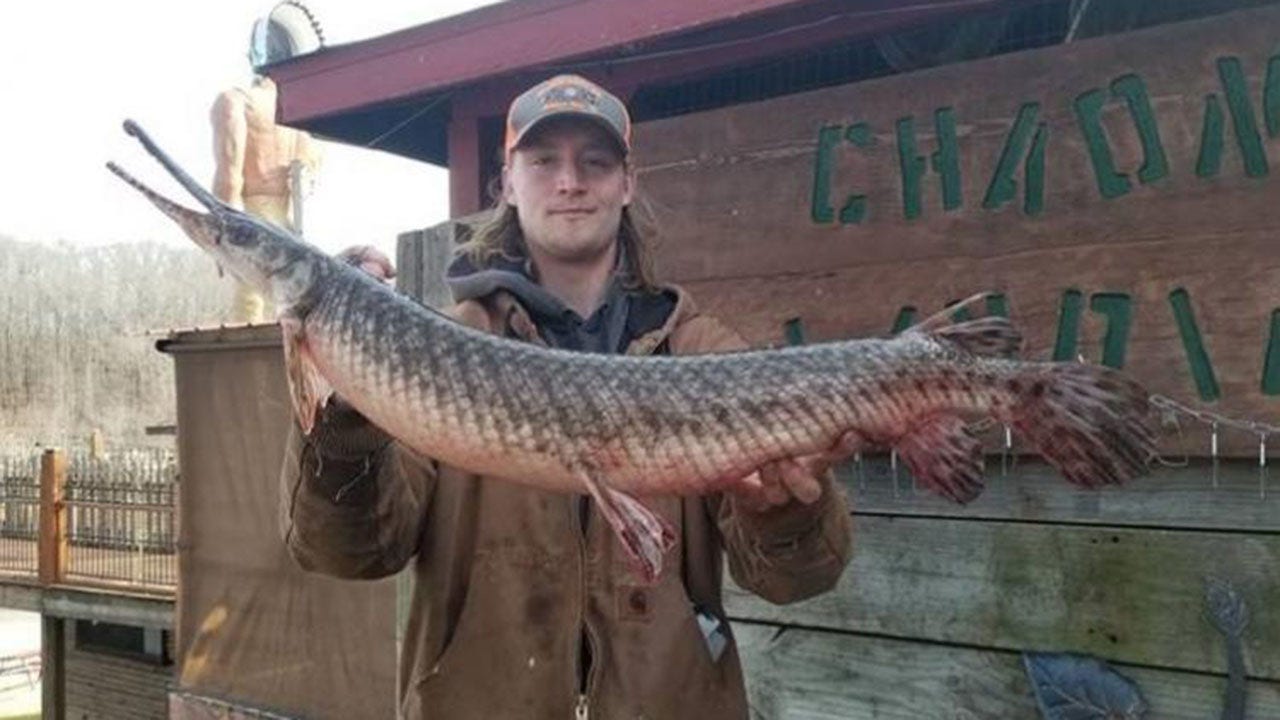 A lot of anglers have broken local records in the past year, but this latest fish might be a world record.

The Missouri Department of Conservation has officially recognized a new state record for the largest spotted gar. According to the department, however, the new fish is reportedly large enough to set a new world record as well.

The MDC issued a press release congratulating Devlin Rich for setting the new record by catching a 10-pound, 9-ounce spotted gar on Feb. 25. The fish was officially weighed on a certified scale in Williamsville and the score was verified by MDC staff. It is reportedly the second state record recognized by the department in 2021.

According to the press release, Rich reeled in the spotted gar, which is apparently an accomplishment all on its own.

MDC Fisheries Programs Specialist Andrew Branson explained, “Because of the hard, bony jaws, gars are seldom taken on hook-and-line and are rarely used for food. Special techniques are required to capture them consistently with rod-and-reel, but they do provide a ready target for the bowhunter because they often bask near the surface of the water.”

According to the MDC, Rich’s fish beats the current world record for spotted gar, which was set in 1994 for 9-pounds, 12-ounces.

This is just the latest fishing record set.

Fox News previously reported that Jerry R. Hall caught a 3-pound, 5-ounce Fallfish while fishing on the Cowpasture River in Lexington, Va., according to the Virginia Department of Wildlife Resources (DWR). The fish also measured at 19-3/4 inches long.

According to the DWR, Hall said, “I’m pro staff on the Limit Six Trout Team so I put a lot of time in on the water. For me, all the fishermen are a big family. That’s what Limit Six prides itself on; we’re a family. I love getting outdoors with my daughter and she loves to fish; it’s father-daughter bonding time. It’s not having to think about work or anything else that’s going on in the world. I am definitely going to get this record fish mounted.”