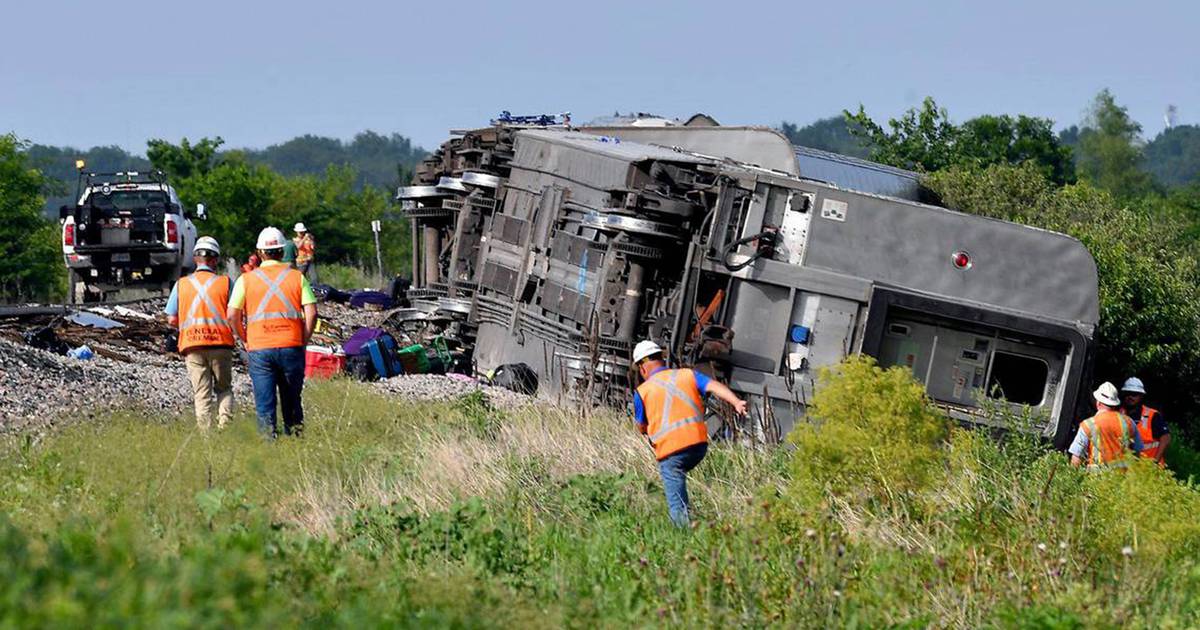 The four people killed in an Amtrak crash in rural Missouri on Monday were identified Wednesday by police.

Rochelle Cook, 58; Kim Holsapple, 56, and Binh Phan, 82, were on the train when it collided with a dump truck in Mendon, Mo., state police said. Billy Barton II, 54, was driving the truck.

The Southwest Chief from Los Angeles to Chicago was traveling 87 mph at the time of impact, according to National Transportation Safety Board investigators. The speed limit at the deadly crossing is 90 mph. The train was traveling 89 mph when it started blowing its horn as a warning, the NTSB said.

Investigators found that there were no mechanical issues with the train, and its brakes were working.

Residents in Mendon, a tiny 150-person town about 80 miles northeast of Kansas City, had complained about the crossing for years. It has no bars and lights to warn of oncoming trains.

However, the complaints got slowed down by bureaucracy, and any action on the crossing was years away from completion.

Search for missing Florida doctor after his boat is found