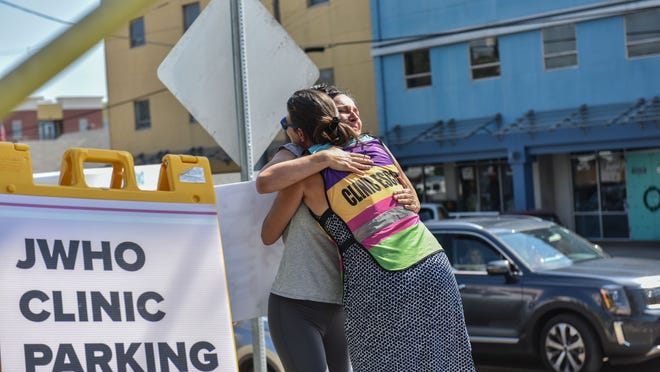 Once the ban takes effect, anyone who performs or attempts to perform an abortion will be charged with a felony punishable by a prison sentence of up to 10 years.

“Mississippi’s laws to promote life are solid and thanks to the Court’s clear and strong opinion in Dobbs v. Jackson Women’s Health Organization, they can now go into effect,” Fitch said in a news release. “As we have said throughout this case, Roe v. Wade presented a false choice between a woman’s future and her child’s life. As we proceed in this post-Roe world, the people of Mississippi and of all the states will be able to fully engage in the work of both empowering women and promoting life. I am grateful that the Court has given us this opportunity.”

“It follows that the States may regulate abortion for legitimate reasons, and when such regulations are challenged under the Constitution, courts cannot ‘substitute their social and economic beliefs for the judgment of legislative bodies,'” Supreme Court justice Samuel Alito wrote in the section of the court’s decision that Fitch cited.

Mississippi’s only operating abortion clinic is Jackson Women’s Health Organization in Fondren. The clinic, often known as the Pink House, was at the center of the case that led to the overturn of Roe v. Wade. The Pink House held a news conference Friday after the court’s decision. Clinic owner Diane Derzis said she expected no delay from Fitch on activating the trigger law.

“She probably had a draft sitting on her desk,” Derzis said.

The Pink House will remain open as long as it legally can, before moving operations to a newer facility in Las Cruces, New Mexico. Until then, they will see as many patients as they can.

“Any patient that contacts us, we’ll see them. We’ll make sure we see them,” Derzis said Friday.

In addition to Mississippi, 12 other states had trigger laws on the books when nationwide abortion rights were struck down Friday. Many of those states have already banned abortions. The others are likely to follow soon thereafter. Five states have abortion bans which predate the 1973 Roe v. Wade decision. A number of states have restrictions which do not outright ban abortion, but go further than what the Roe v. Wade standards allowed.

What we’ve learned from first 5 practices