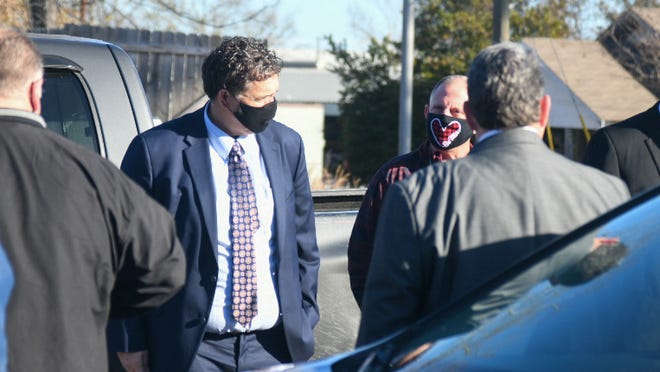 Hattiesburg businessman Wade Walters will have to remain in prison despite efforts to have his guilty plea set aside.

Walters, 55, was deemed the lead mastermind of a massive health care fraud involving pain and scar creams and other compounded medications, which defrauded TRICARE and other health care benefits providers of more than $510 million in Mississippi alone.

He was sentenced in January 2021 to 18 years in prison — the longest sentence of the more than 20 people convicted in what has become known as the Mississippi pain cream scheme.

But it wasn’t the prison sentence Walters was contesting.

In May, Walters filed a motion for the plea to be vacated because, he claims, he believed the amount of money to be forfeited would be around $40 million, which later was changed to $56.5 million.

Walters claims he signed the plea agreement on the advice of his attorneys, whom he said did not represent him to the best of their ability.

However, U.S. Senior Judge Keith Starrett wrote in his order denying the motion that Walters had on more than one occasion been asked if he was satisfied with his attorneys and how they represented him and he always responded in the affirmative.

Walters said he would not have pleaded guilty if he had known the forfeiture amount was going to be $56.5 million.

What else happened? Wade Walters starts an appeal, changes his mind.

The motion says he initially refused to sign the plea agreement when he saw the forfeiture amount was “$50 million or greater.”

“His attorneys confirmed that this amount was wrong, but then advised him to sign the plea agreement regardless,” the motion says. “His attorneys alluded to a loss hearing where the amount may be reduced in the future.”

Before Walters’ sentencing hearing, LoGiudice agreed to testify to why he believed the lower amount should be forfeited. He later changed his mind, citing concerns about the coronavirus pandemic and his age.

Is it over? Last of Mississippi pain cream scheme’s key players sentenced. What’s next?

Starrett said in his order that he cannot base his decision on testimony he did not hear.

“Ultimately, the petitioner bears the burden of establishing his claims of error by a preponderance of the evidence,” Starrett wrote.

Starrett said Walters was involved in every step of his case, and as a well-educated and successful businessman had every opportunity to stop the proceedings if he did not agree with them.

“The Court’s observations at every stage of these proceedings indicate that Defendant knew what he was doing, that he was fully in control of his own defense, and that he was well-informed and advised by a team of capable counsel and support staff,” Starrett wrote.

“Defendant’s allegation that he did not agree to a forfeiture judgment of $56,565,963 is a classic case of ‘buyer’s remorse,’ unsupported by any independent, contemporaneous corroborating evidence.”

Walters initially was charged in September 2019 in a 37-count indictment for his role in the more than $510 million fraud, which if convicted at trial could have sent Walters to prison for the rest of his life.

The motion to vacate the plea agreement is not the first time Walters has attempted to have his conviction set aside.

Within two weeks of his sentencing hearing, Walters’ attorneys filed a notice of appeal. By May 2021, Walters had changed his mind and the appeal was never filed.

If Walters had started an appeal, he would have had to go to trial on the original 37 charges.