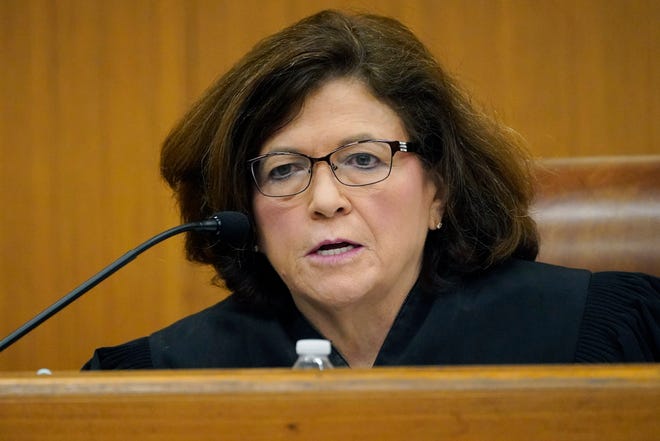 With just two days until abortion becomes illegal in Mississippi, the state’s last abortion clinic is fighting a last-ditch legal effort to keep the procedure legal for as long as they can.

The hearing Tuesday morning, presided over by Special Judge Debbra K. Halford, did not conclude with a decision on the fate of abortion in the state.

The hearing was accompanied by a group anti-abortion protestors outside, questioning people about their views on abortion as they walked into the courthouse.

The 1998 ruling came in Pro-Choice Mississippi v. Fordice, when the state’s highest court ruled that the state constitution’s right to privacy led to a right to an abortion based on state law, similar to how Roe v. Wade had applied based on federal law.

“The state constitutional right to privacy includes an implied right to choose whether or not to have an abortion,” the court’s 1998 decision reads.

McDuff argued that the overturn of Roe v. Wade only impacts federal law, and that the 1998 decision based on state law is therefore still in effect, and should then bar the trigger law from banning abortions.

“(Pro-Choice Mississippi v.) Fordice says the decision whether to carry through with a pregnancy and bear a child, one of the most personal decisions an individual can make, is up to the individual, not up to the majority of the state legislature,” McDuff said.

The 1998 case is therefore “no longer good law,” Stewart argued.

“The words of our Mississippi Constitution are not balloons to be blown up or deflated every time, and precisely in accord with the interpretation the U.S. Supreme Court, following some tortuous trail, is constrained to place upon similar words in the U.S. Constitution,” reads the section of that decision cited by McDuff.

McDuff said only the Mississippi Supreme Court can decide to overturn one of its previous decisions based on state laws.

“The Mississippi Supreme Court has not overruled this decision,” McDuff said of Pro-Choice Mississippi v. Fordice.

Another dispute between McDuff and Stewart was over how much damage banning abortion would actually do to abortion patients.

Stewart argued that there are adequate exceptions in the law, including for life of the mother and rape, and that the state has adequate services for those who give birth.

McDuff argued the opposite, pointing to the fact that the state has not expanded Medicaid. McDuff also argued that there is inherent harm in preventing pregnant Mississippians from making a choice about whether to bear a child.

McDuff and the rest of the legal team for the clinic are seeking an injunction that would allow the Pink House to keep providing abortions until a final decision on this case is reached. Stewart and the state are asking Halford to dismiss the case entirely, and short of that not to grant injunctive relief to the clinic.

Halford did not immediately indicate when a decision, either on injunctive relief, dismissal or the case itself, might come. She said she would only have reached a decision today on dismissal if both sides had agreed they wanted her to, and McDuff said no agreement had been reached.