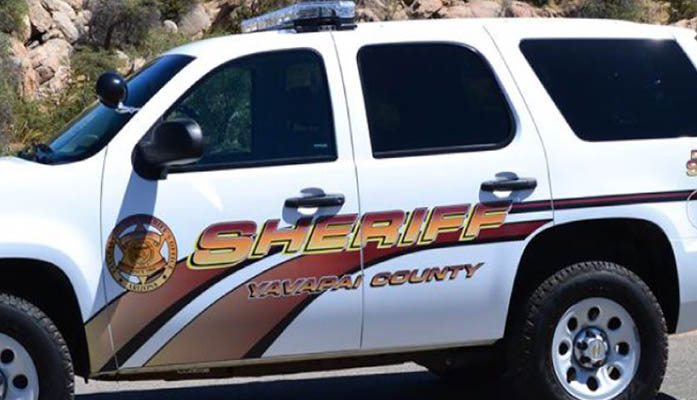 Yavapai County Sheriff’s Office Search and Rescue teams and partners located the body of Donald Hayes, 74 of Prescott Valley, who had been missing on Mingus Mountain since last Friday. Mr. Hayes was found in a rugged area that had been difficult for searchers to reach, but they were able to do so this afternoon, allowing them to locate the victim. Mr. Hayes’ dog Ranger who was with him on the hike, was found alive having remained with the victim. Ranger was seen to on scene by a volunteer who was a veterinarian and was taken to a local animal hospital for treatment.

Mr. Hayes was last seen in Woodchute trailhead on Mingus Mountain near FS 102 Friday morning. YCSO Backcountry Search and Rescue (SAR), Verde SAR, search dogs, the Sheriff’s Volunteer OHV Unit, 4×4 Unit and Jeep Posse personnel along with a DPS Ranger helicopter searched on foot, vehicle and air for days trying to locate Mr. Hayes but had trouble due to the difficult terrain and the vast area to be searched.

“I thank all the volunteer search and rescue teams and others who gave of their time for 6 days to locate the victim and bring him home” said Sheriff David Rhodes. “Our searchers utilized every tool at their disposal to find Mr. Hayes and never gave up.”

Donald Hayes contacted YCSO Forest Patrol last Friday afternoon stating he had become lost on his hike on Mingus Mountain. Forest Patrol informed him that rescue would be on its way and to remain at his location. Unfortunately, the victim decided against the advice and tried to find his way out, causing him to become lost further in the forest. SAR volunteers from Coconino County, Maricopa County, and Gila County also assisted in the search and recovery efforts.

“Our condolences go out to Mr. Hayes’ family, and we wish the outcome could have been different,” said Rhodes.