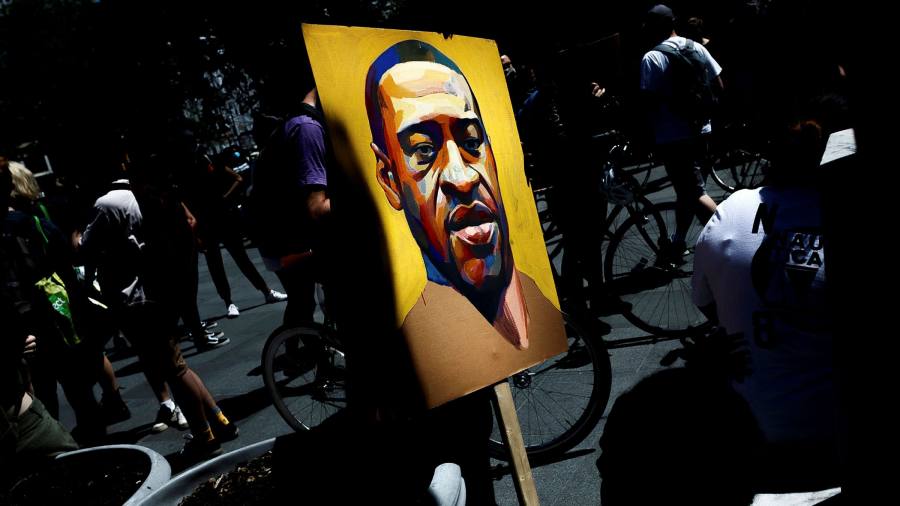 The city of Minneapolis has reached a $27m settlement with the family of George Floyd, whose death sparked global protests over racial injustice, in one of the highest settlements on record for police misconduct.

The settlement, approved by city council members in a closed-door session, ends a civil lawsuit brought by Floyd’s family members. A separate criminal case is proceeding against Derek Chauvin, the former Minneapolis police officer who has been charged in Floyd’s killing.

Floyd’s family and their attorney, Benjamin Crump, were joined at a press conference on Friday by Minneapolis Mayor Jacob Frey and the city council. Crump praised them for the “historic” settlement.

“This makes a statement that George Floyd deserved better than what we witnessed on May 25, 2020,” he added.

Crump said that $500,000 of the settlement would be used to aid the historically black neighbourhood where Floyd was killed.

Floyd’s sister, Bridgett Floyd, said in a statement that the family had suffered “an irreplaceable loss” but was pleased that “this part of our tragic journey to justice for my brother George is resolved”.

“While we will never get our beloved George back, we will continue to work tirelessly to make this world a better, and safer, place for all,” she said.

Floyd was killed on May 25 while in police custody. Video footage captured by a bystander showed Chauvin kneeling on Floyd’s neck for nearly nine minutes while other officers called to the scene did not intervene. A 911 caller had summoned the police after Floyd was suspected of using a counterfeit $20 bill.

Floyd’s death set off protests nationwide and, in some cases, riots. Demonstrators marched in the streets all summer. In Minneapolis, they have occupied the intersection where Floyd was killed, 38th Street and Chicago Avenue, sealing it off to traffic and declaring it an “autonomous zone”.

Besides the civil lawsuit against the city, Chauvin is being criminally charged with second- and third-degree murder, and second-degree manslaughter. Jury selection in his trial began on Tuesday.

Three other police officers who were on scene and did not intervene to stop Chauvin are charged with aiding and abetting second-degree murder and second-degree manslaughter.

All of the officers have pleaded not guilty.

Cases with similarly high settlements in the $20m range include a Minneapolis police officer’s killing of a white woman and an officer shooting and killing a handcuffed black man in Prince Georges County, Maryland.

Civil rights attorney Jon Loevy, who was not involved in the Floyd case, said the settlement was “uncommonly large” and reflects a gradual rise in settlements and verdicts for police misconduct as the Black Lives Matter movement has drawn public attention to the issue.

“Would you want to go in there and defend the defendant?” he said. “[The city] obviously realised they had to pay.”