Minneapolis’ mayoral race is a referendum on city government itself 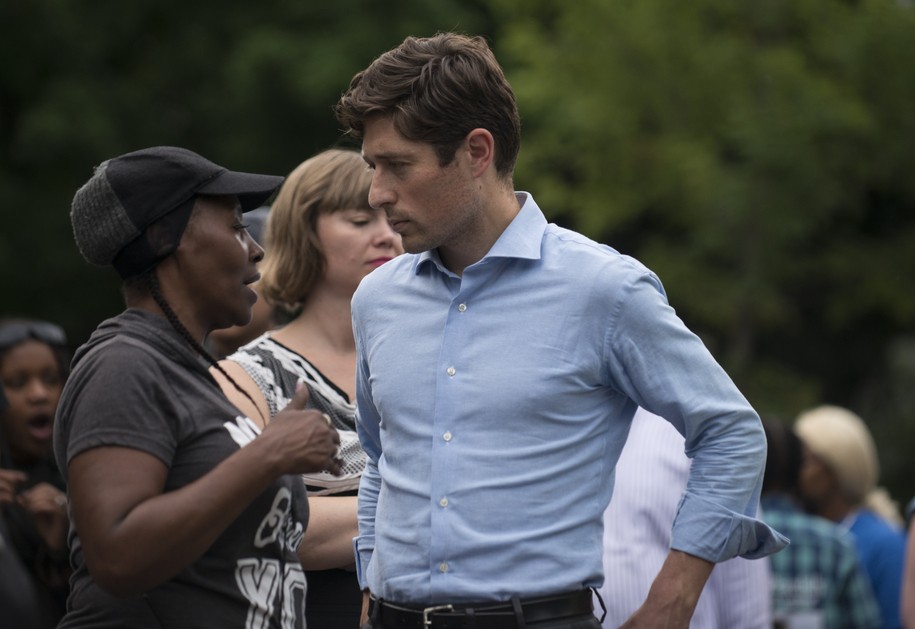 While Melvin Carter, Frey’s counterpart in neighboring St. Paul, has no serious opposition this fall, the situation is quite different just across the Mississippi River. Several notable Democrats in deep blue Minneapolis have qualified for the ballot including activist Sheila Nezhad, former state Rep. Kate Knuth, Marine veteran Phillp Sturm, and nonprofit director A.J. Awed. And though Frey ended July with a huge cash-on-hand lead over his rivals, Nezhad and Knuth have brought in credible sums.

All of these candidates, along with Frey, sought the endorsement of the Minneapolis Democratic Farmer-Labor (DFL) Party, a boost in a city that hasn’t elected a Republican mayor in decades. The DFL’s endorsement has been hard to come by, though, as no candidate has managed to reach the necessary 60% threshold among party delegates since 2009. This year was no exception as Nezhad fell short of winning the endorsement over Frey 53-40.That’s better than the 28% Frey earned during a crowded race four years ago, but his second-place showing indicates an openness to an alternative among the DFL faithful, 4,800 of whom participated in the balloting.

Issues around policing and government accountability have become an important topic in this race, which is unsurprising given that this is the first local election in the city since Floyd’s murder last May. The city endured a tumultuous year of protests and calls to improve relations between law enforcement and residents, particularly those of color. Recently, Frey and Police Chief Medaria Arrandondo agreed to reduce the level of police interactions with the community by ending traffic stops for minor violations. However, Frey’s opponents have attacked him over other moves, including restoring funding for the city’s police department to pre-Floyd levels.

Notably, there’s also a ballot measure that will be voted on concurrently with this contest that would dramatically overhaul policing in Minneapolis: The measure would replace the Minneapolis Police Department with a “Department of Public Safety” and shift more control of the department to the city council. Frey is opposed to the referendum, taking the position that police accountability can coexist with traditional policing, while Nezhad and Knuth have publicly supported the measure.

Another measure going before voters, which advocates say will increase government accountability, also has large implications for the power of the city’s mayor. This second referendum would transition Minneapolis away from its current system of government towards a “strong-mayor” format.

Currently, Minneapolis operates under a so-called “weak-mayor” system, where the mayor acts in concert with the city council to legislate; the true power of the mayoralty is derived from the visibility that goes along with the title. A vivid example of this in action came in 2018 with former Tallahassee Mayor Andrew Gillum, who served as the face of the city’s response to Hurricane Michael while he was running for governor of Florida. In reality, though, all Gillum could do was act as the mouthpiece of the city’s response, as real responsibility rested with the city council. A few major cities across the country operate similarly, such as Phoenix, Fort Worth, and San Jose.

In a strong-mayor system, by contrast, the mayor acts as a genuine chief executive while the city council serves more as a traditional legislative body. Frey has not outright endorsed the shift to a strong-mayor system, but he’s expressed a desire for more clarity between the city council and mayor, saying, “Our system does not provide for a clear line of accountability—not for constituents, not for our partners, and not for departments.” Some candidates, such as Nezhad, have expressed concern that such a shift would have a marginalizing effect on underrepresented communities whose main source of power in local government comes from their city council members.