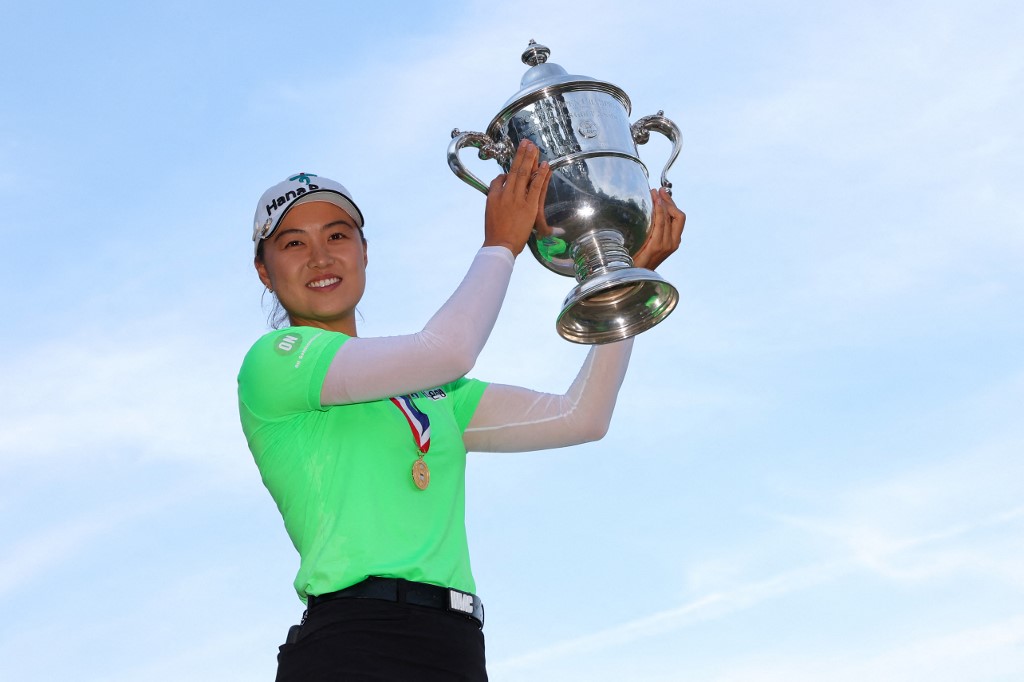 Minjee Lee of Australia shot an even-par 71 on Sunday and cruised to a four-shot victory while winning the US Women’s Open at Pine Needles Lodge & Golf Club in Southern Pines, N.C.

Lee finished at 13-under 271 while comfortably outdistancing Mina Harigae and winning her second career major title.

Lee’s second major crown was easier than her first, as she led throughout the final round. Last year, she rallied from seven strokes behind to beat South Korea’s Jeongeun Lee6 in a playoff at the 2021 Evian Championship in France to claim her first major title.

“This is really special,” Lee said in her press conference. “This is the one I’ve always wanted to win since I was a little kid. It feels pretty amazing to be able to get it done today. I just can’t believe it.”

Lee received a record check of $1.8 million for her victory. It is the eighth LPGA title of her career.

Lee began the final round with a three-shot lead over Harigae and had four birdies and four bogeys in her round. She birdied her first two holes to jumpstart her day.

“I was pretty nervous all round,” Lee said. “I started good, I had two birdies off the bat and it was nice to have that little buffer. I didn’t hit it that well today. I had really good saves.”

She received $1 million for finishing second and said she did think of the prize money while coming down the stretch.

“I’m not going to lie,” Harigae said. “My stomach hurt the last couple holes. I was really stressed out. I was focusing one shot at a time and making solid contact and just hitting the putts.”

Harigae, who has never won an LPGA title, said she was proud of herself.

“I really am able to handle myself out there and I belong out there.” Harigae said.