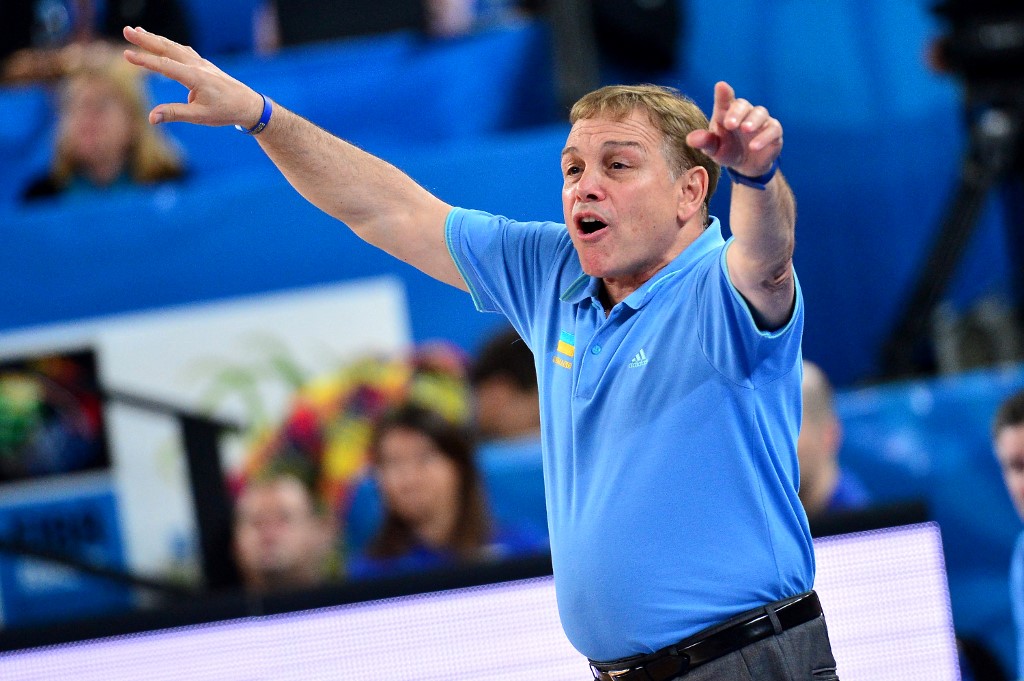 FILE – Mike Fratello, head coach of Ukraine, gives instructions to his players during a EuroBasket championship basketball match for the 5th place between Slovenia and Ukraine in Ljubljana, Slovenia, on September 21, 2013. AFP PHOTO / JURE MAKOVEC (Photo by Jure Makovec / AFP)

Mike Fratello, who followed 16 years as an NBA head coach with a successful career in the broadcast booth, is the winner of the 2022 Chuck Daly Lifetime Achievement Award.

It is given annually by the National Basketball Coaches Association, which announced the honor on Sunday.

“Mike Fratello’s accomplishments are well documented, both as a coach and a broadcaster,” said Rick Carlisle, the Indiana Pacers head coach and association president in a news release. “Sixteen years as an NBA head coach, 647 regular season wins, NBA Coach of the Year honors, head coach of the Ukraine National Team and multiple Emmys all combine to represent a lifetime devoted to basketball.”

“Chuck Daly was a special man and a special coach — and this is a special award,” Fratello said. “It means so much to me because Chuck was a mentor, a close friend, and a trusted confidant during my NBA coaching career and beyond. It is an honor to be recognized by my peers, whom I respect and admire. I am proud to join the ranks of the previous recipients — all exceptional coaches and extraordinary individuals.”

His achievements as a broadcaster include working at NBC with Marv Albert for three NBA seasons, and the two also called the action at the 1992 Olympics in Barcelona, which featured the “Dream Team.”