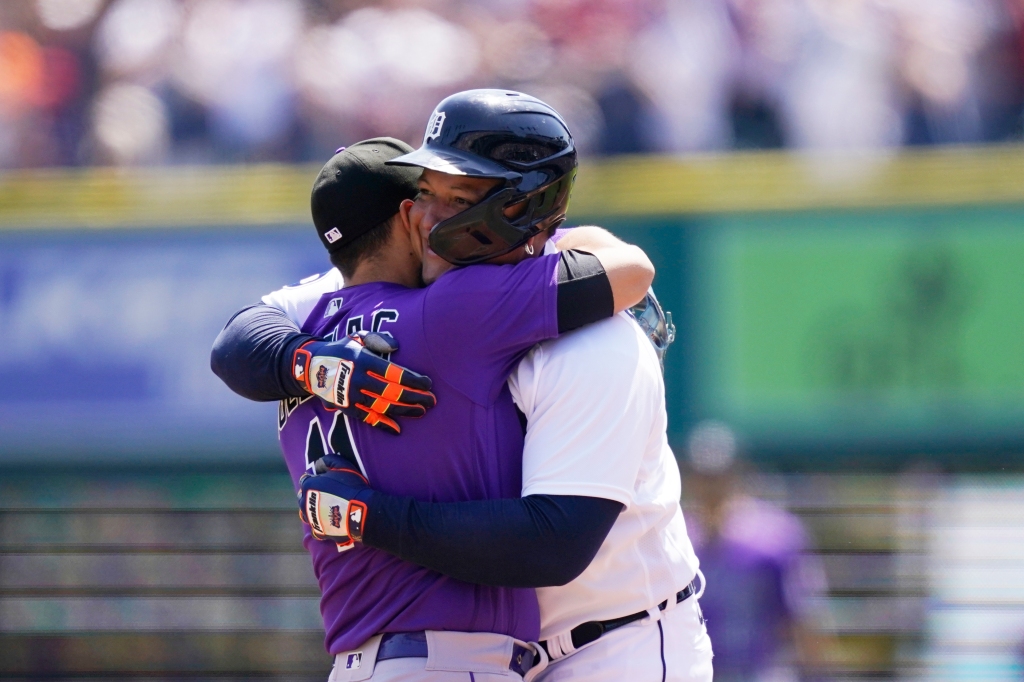 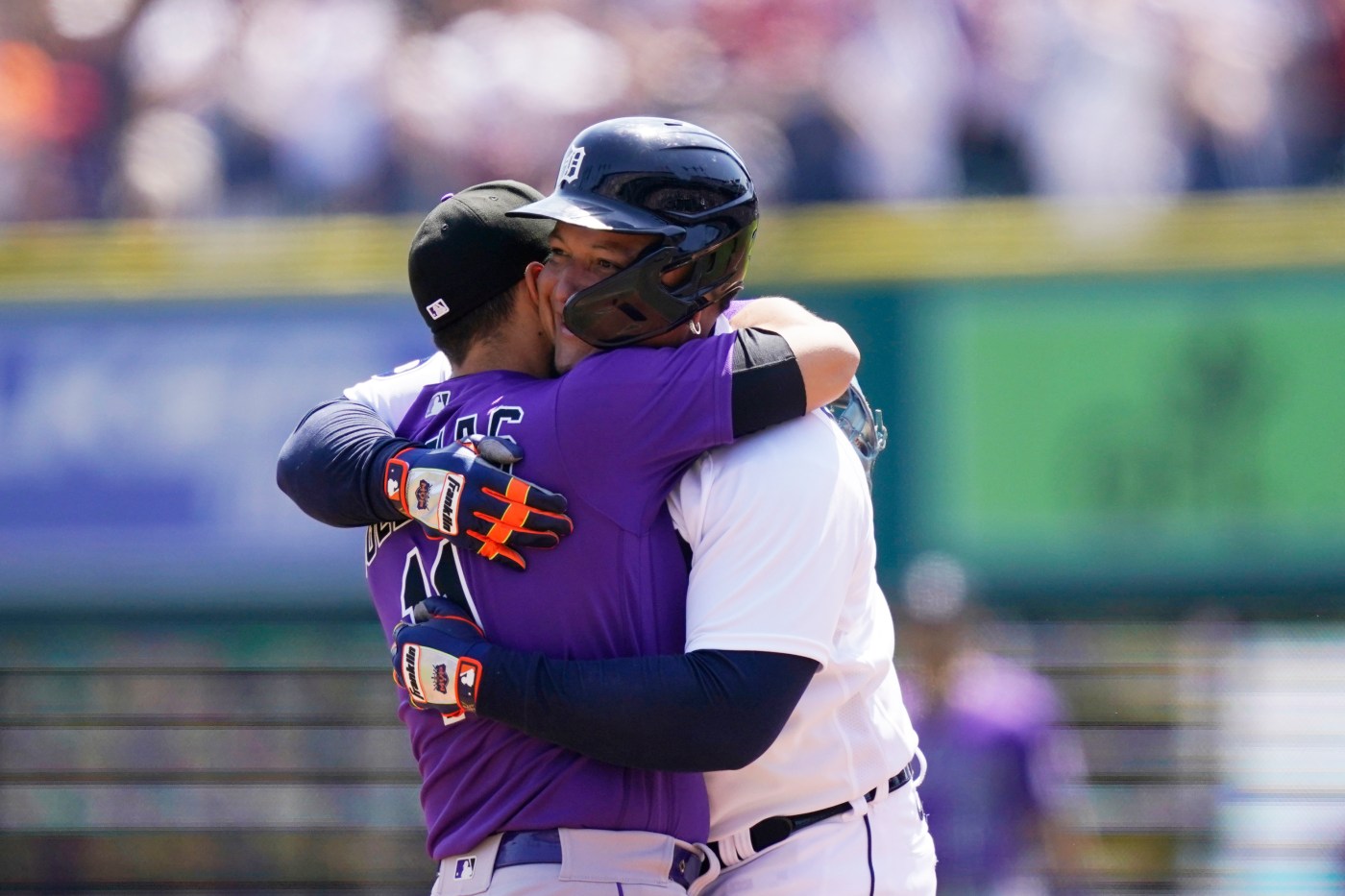 Miguel Cabrera made sure they didn’t have to wait long to see it, as the Rockies assumed an oddly familiar role in allowing the Tigers slugger to notch hit No. 3,000 in the first inning of a day-night doubleheader in Detroit.

The future Hall of Famer laced fellow Venezuelan Antonio Senzatela’s 1-1 fastball to right field to become the 33rd player in MLB history to reach the benchmark — and fourth to do so against the Rockies — as well as the seventh to amass 3,000 hits and 500 home runs.

Two batters later, rookie first baseman Spencer Torkelson drove a Senzatela 95 mph first-pitch offering into the right field stands for a three-run homer — and an afternoon of Rockies discontent commenced in a 13-0 loss reminiscent of many away from Coors Field last season.

All told, the Tigers accumulated 20 hits and a trio of four-run innings that dropped Colorado to 2-1 on the road this season after going 26-54 away from Coors in 2021.

The Tigers crowd was on its feet when Cabrera hit the third pitch he saw Saturday into the gap between first and second base. Rockies shortstop Jose Iglesias, a former Tigers teammate and also Venezuelan, ran over and greeted him with a hug at first base. It was the first of many as teammates and family flooded the field for a brief celebration.

After the near capacity crowd sat back down, Senzatela struck out Jeimer Candelario to give himself a chance to escape the first inning unscathed. But second baseman Brendan Rodgers made a mental mistake that ensured the Tigers faithful would have even more to celebrate.

With two outs and runners on the corners, Rodgers fielded a Jonathan Schoop grounder up the middle and tried to throw across his body to first base rather than flip to Iglesias at second for an inning-ending force out. Schoop easily beat the throw, and Torkelson smacked the very next Senzatela pitch 354 feet the other way to put Detroit ahead 4-0.

While the homer was something of a rarity for Senzatela — it was his 22nd allowed in 43 starts — the rocky road start followed a theme that’s seen him go 1-8 away from Coors Field since 2021. The righty went five innings, giving up 10 hits with three strikeouts, five earned runs and zero walks.

The Colorado bats reverted to familiar road struggles as well, getting shut out for the first time this year. Left-handed starter Tarik Skull limited the Rockies to five hits over six innings with six strikeouts and no walks.

Cabrera later delivered a two-run single off Rockies lefty Ty Blach with the bases loaded in the bottom of the sixth to put Detroit up 8-0, then was pulled from the game to yet another standing ovation.

Blach, a Regis Jesuit grad, finished with five hits and four earned runs allowed in 2/3 of an inning, getting the hook after Candelario’s infield single pushed the lead to 9-0. Things didn’t get any better for his replacement, fellow lefty Lucas Gilbreath, who the Tigers tagged for four earned runs on five hits in one inning of work.

The second game of the doubleheader is scheduled to start at 4:30 p.m. (MDT). Rockies lefty Austin Gomber (0-1, 7.00 ERA) will face off against Detroit right-hander RHP Beau Brieske, a CSU-Pueblo alum making his major league debut.

Wildfire near Durango is 36% contained