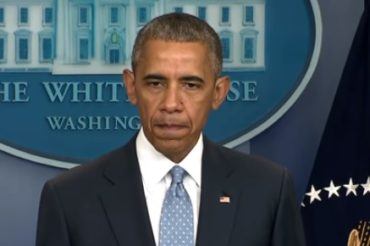 A biology teacher at a private school for gifted students in Michigan was placed on leave after an assignment displayed a photo of Barack Obama next to monkeys and other animals and asked students to identify primates.

The incident occurred in Roeper School, a private school in Oakland County. The school did not disclose the teacher’s name. According to a report from Click on Detroit, there were no classes held on Thursday, and police were stationed outside the school due to threats made online.

The assignment showed the students a headshot of Barack Obama with monkeys and other animals. It asked, “Who’s who? Which of the following are primates?” The Roeper School released a statement on Friday regarding the incident.

“On behalf of Roeper School’s leadership, we want to acknowledge the disturbing racial offense contained in an assignment with an upper school class last week. The choice to use this piece of curriculum was completely inconsistent with our School’s philosophy and mission and we sincerely apologize for its use and the harm it has caused. While the teacher has taken responsibility and admits the mistake of not properly vetting the resource, we know that is not enough and she has been placed on administrative leave until further notice,” the school said in a statement.

The worksheet, titled “Apes, Monkeys, and Lemurs: An Introduction to Primates,” featured pictures of various animals and asked students to check off the pictures of primates. A headshot of Obama was placed between pictures of two animals, according to a photo of the worksheet obtained by CNN affiliate WDIV.

The worksheet originated from a Duke University undergraduate assignment posted to the school of anthropology’s website, a spokesperson for the university told CNN.

“We were not aware that this document was available on one of our departmental websites, and it was immediately removed once it was brought to our attention,” Erin Kramer, Duke’s Assistant Vice President for Media and Public Affairs, said in a statement to CNN.

“It appears the document was created in 2010 by two undergraduate students as part of an independent study course in evolutionary anthropology. To be clear, this was a student paper. It was never used as a lesson plan in a Duke class or by a Duke faculty member, nor was it promoted as a teaching tool,” Kramer said.