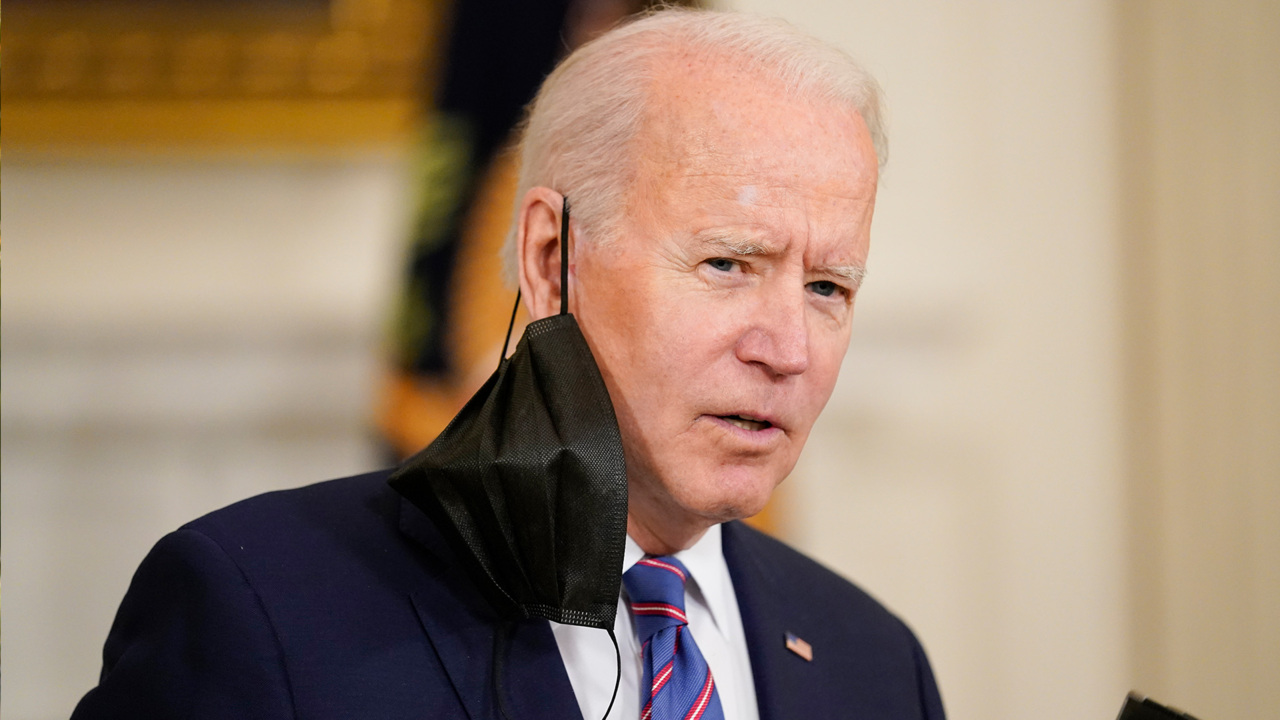 The e-mail was short and nasty. After first calling Sen. Tim Scott “the token Uncle Tom” and the N-word, the writer added: “You knuckle dragging conservatives should be sent to the ovens.”

This is how political disagreement is often expressed today.

The writer, Mildred50, if that’s her real name, was one of many on the left who were infuriated that Scott, a Black Republican from South Carolina, had the gall to declare that “America is not a racist country” in his rebuttal to President Biden’s address to Congress.

Scott did not duck the unfinished business on race or his experiences of being stopped for no reason by police. He was frank in acknowledging there is more work to do.

But he also put Biden to shame by hailing the enormous progress America has made, in stark contrast to a president who sounds stuck in the past when he compares new voting laws to the Jim Crow era and insists the country remains riddled with “systemic racism.”

For his common sense and optimism, Scott received deserved acclaim and, distressingly, an outpouring of hatred, with the “Uncle Tim” slur trending on Twitter for 12 hours.

The e-mail from Mildred50 echoed that vile language, but the second sentence revealed something more. By saying “You knuckle dragging conservatives should be sent to the ovens,” the writer effectively identified as a liberal.

Liberals, not so long ago, were the vanguard on civil rights. They pressed hardest for equal opportunity for Black Americans in workplaces, schools and government.

Yet here is a racist who identifies as a liberal while wishing conservatives get “sent to the ovens.” The Holocaust reference is also unmistakable and repugnant.

Although it’s impossible to know what shaped that warped outlook, raw hatred is a growing and powerful force in American politics, especially on the left.

That is not to suggest all Republicans are innocent, or that every Democrat is a racist who wants Republicans dead. Rather, it is stating the obvious to say the new left alone wants to irrevocably change America, rewrite its history and tear down its institutions.

And many are prepared to crush any and all dissent.

Unfortunately, millions of Democrats fit that description and they are driving the party. Many are in Congress and the administration, including, I am sorry to say, Biden and Vice President Kamala Harris.

With traditional liberals fast disappearing, the ascendant left no longer champions equal rights. Instead, it champions racial prejudice and even resegregation under the guise of equity.

Biden is incentivizing schools to teach critical race theory, which reduces people to the color of their skin.

The open, unabated hatred for Tim Scott and others who don’t subscribe to this new orthodoxy is especially alarming. While politics has always been a tough business, radicalism grew more powerful under President Barack Obama, where a coercive, moralistic tone clouded every discussion.

If you didn’t accept his programs, you were either ignorant or corrupt. There was no room for honest disagreement.

Those who felt abandoned and betrayed responded by electing Donald Trump, who embraced the role of their avenger. In its response, the left upped the ante again by starting a resistance that adopted the posture of moral and intellectual superiority on steroids.

The refusal of Dems in Congress and the media to accept Trump’s legitimacy shredded any hopes of reconciliation and led to the bitter polarization we now face.

We saw the flowering of the madness during the violent anti-police protests last summer. Most often, it was young Whites, some of them graduates of elite universities, who, while demonstrating over the George Floyd case, were caught spitting on and cursing police and calling Black officers traitors to their race. Just like Tim Scott, the brave officers were accused of not being authentically Black because they dared to break from the stereotype leftist Whites demanded of them.

Biden, seeing the widening breach and numerous fault lines, cleverly sold himself as someone who would lower the temperature and get things done by working with both sides.

It was a ruse. The bonfire of rage is still burning and his administration is using its power to further racialize and radicalize daily life.

No leading Democrat, including Biden, condemned the outrageous attacks on law enforcement, and few spoke honestly about the rise in violent crime. Similarly, few Dems condemn Big Tech’s silencing of voices that oppose the left’s worldview.

The weaponization of race and a commitment to blocking dissenting speech goes beyond rhetoric. Traditional liberals were inherently suspicious of the FBI and CIA because they had sometimes trampled on Americans’ rights, but the new left enlists those agencies to criminalize dissent.

The FBI raid on Rudy Giuliani’s apartment is especially suspicious. And why, four months after Jan. 6, is the National Guard manning a garrison-like fortress around the Capitol long after officials conceded there are no threats?

These nonstop assaults on core American values are taking a toll on many people. One of them is reader Brad Seid, who writes: “I am a 66 year old (dare I say) White male. For the first time in my life, I am genuinely concerned about the future of our country.

“We have a president who is a life long creature of the swamp and left wing elements are pulling the strings.

“The criminals are viewed as heroes and cops are the bad guys. We are lectured and accused of being racist. I’d like to think the good guys will eventually win, but I’m losing hope.”

He closed by asking if I had any encouraging words. Only these:

Get involved, vote and pray for America.