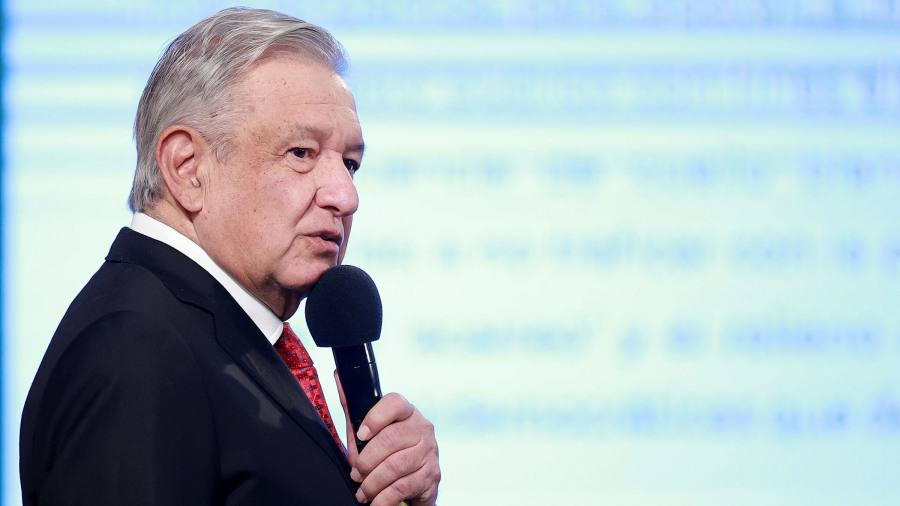 Mexico’s state comptroller’s office has come under fire on Tuesday for backtracking on an audit that found President Andrés Manuel López Obrador’s decision to scrap a partially built airport was far costlier than the government said.

The U-turn came after the auditor’s office, the ASF, highlighted a variety of irregularities and miscalculations in flagship government projects. It has raised fears that López Obrador had pressured the comptroller to retract the finding, part of a preliminary audit of 2019 government accounts.

In the audit, the ASF had put the cost of scrapping the Norman Foster-designed Mexico City airport at more than 331bn pesos ($17.6bn). López Obrador had said it would cost 100bn pesos.

On Monday the president deployed one of his favourite catchphrases — “I have other data”, whenever he takes issue with official figures or unfavourable forecasts — to slam the key finding from the audit, which was released over the weekend.

He described it as exaggerated, saying, “I hope [the ASF] clarifies.” He did not supply his alternative data.

Within hours, the ASF released a statement saying that there had been “inconsistencies” in the part of the audit relating to López Obrador’s cancellation of the airport in 2018. The figures were being “exhaustively revised”, it said.

Where was the error — or more than error, was it pressure?

In its statement, the ASF did not give any revised calculations for the cost of cancelling the project, which had stirred investor unease at the time.

The ASF attributed its volte-face to “a methodological deficiency”. It did not mention whether it was backtracking on other findings contained in the report.

“This has never happened before,” said Max Kaiser, head of the anti-corruption commission at employers’ federation Coparmex and a former government auditor.

López Obrador, who has vastly centralised control in his government, has already taken aim at other independent institutions, threatening to scrap some he considers too costly. Analysts say that risks a dangerous erosion of checks and balances on Mexico’s most powerful president in a generation.

Kaiser said the ASF’s climbdown demonstrated that the president would not even need to scrap institutions he disagreed with, and could instead render them “inoperative” by casting doubt on their credibility.

“The fear is that [state statistics office] Inegi or Banxico [the central bank] could also be challenged,” said one former senior official in López Obrador’s government, who asked not to be named.

The ASF could not immediately be reached for comment on the reversal.

“There was no pressure, only the president’s declaration,” said Jesús Ramírez, a spokesman for López Obrador. “The calculation of the cost of the cancellation that the ASF announced had serious errors . . . at least 75 per cent of the amount the ASF reported is wrong.” He provided no supporting data but said the finance ministry would supply details later.

In the audit, the ASF also pointed to other irregularities with presidential pet projects, including an apprenticeship scheme that had apparently paid grants to dead people and a microloans programme that it said fell far short of the number of beneficiaries the government reported. It also questioned some payments for a flagship train and refinery project.

“It is scandalous what the ASF has documented and published about the multimillion-dollar irregularities detected in 2019 state accounts,” tweeted Julieta Macías Rábago, an opposition deputy for the Movimiento Ciudadano party. “You have to say it like it is. There CAN’T be other data, this IS THE DATA.”

Valeria Moy, head of IMCO, a think-tank, urged the ASF to come clean about the details of its miscalculation. “Where was the error — or more than error, was it pressure?” she tweeted.

Arturo Herrera, Mexico’s finance minister, said in a video posted on Twitter on Tuesday night that the government had been “extraordinarily surprised” at some of the “basic” and “elemental” errors in the ASF’s calculations that were hard to understand coming from such an experienced institution.

“Either there is a problem of basic preparation from whoever formulated this, or it’s frankly a problem of bad faith on the part of whoever released this report,” he said.

Herrera said the ASF’s calculations were based on some costs which could not be recovered as well as additional costs, including financial instruments and bonds, adding up to some 253bn pesos. “None of these costs exists,” he said. That was because the bonds had already been issued and were already part of the government debt and the auditor had confused net and gross operations, as well as the net present value of costs, the finance minister said.