Mets, without Buck Showalter, crumble to Giants – The Denver Post 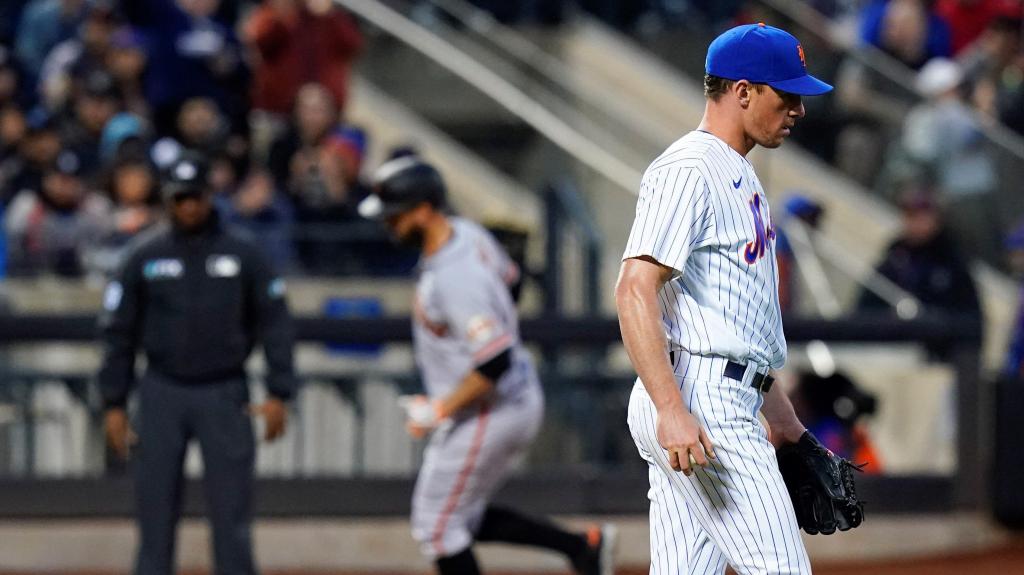 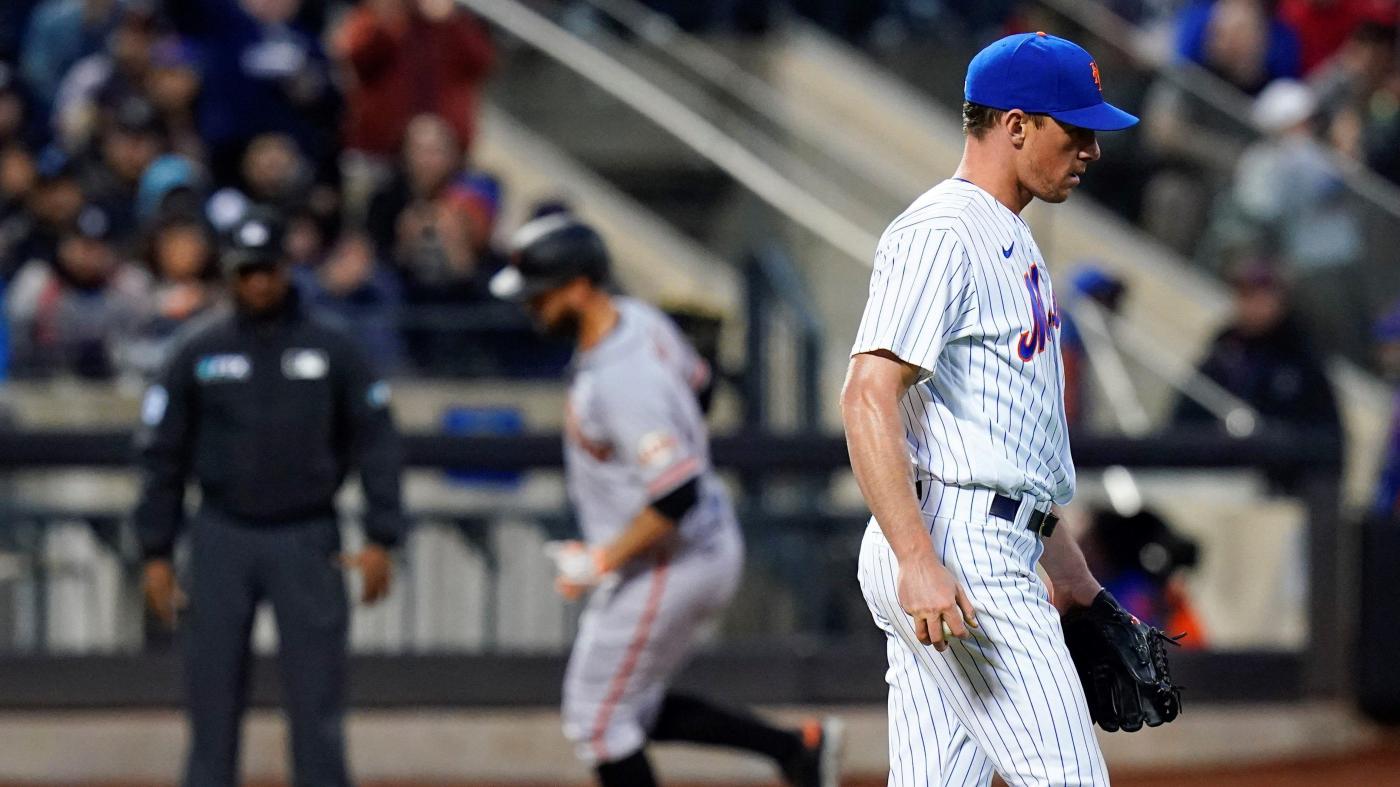 The Mets never looked like they had a real chance on Wednesday night.

Not with the way Carlos Rodon was pitching, and especially not after Chris Bassitt gave the visiting Giants three runs in the first inning. The final score ended up at 5-2, with the Giants adding on and the Mets squandering their chances.

Bassitt, to his credit, buckled down and gutted his way through six innings. Giants’ manager Gabe Kapler let Rodon only go five, but they were downright tyrannical. Rodon allowed three hits and struck out eight while throwing 95 pitches, 19 (an even 20%) of which became swings and misses.

It was the type of dominance the Giants were undoubtedly looking for when they signed Rodon to his free agent deal, the one that will pay him $21.5 million for his services this year alone. For the Mets, who were playing without manager Buck Showalter as he underwent a minor medical procedure, it was the type of game they were hoping to flush and move on from when they overhauled their lineup a few months ago. On Wednesday, that lineup was delivered to the home plate umpire by hitting coach Eric Chavez, filling one of the ostensible duties that Showalter left to his charges.

The Mets were able to score later off the San Francisco bullpen when Starling Marte and Mark Canha — two of the hitters that were added specifically to help the Mets climb out of their hitting-induced misery — delivered twin RBI singles. Canha, who had Covid, played his first game since April 13 and wound up leaving four men on base in his grand return. Francisco Lindor’s 0-for-5 wasn’t much help either.

These stagnant offensive nights are bound to happen over the course of a baseball season, especially on a cold April night when the other team sends a left-handed warlock to the mound. But if the Mets are to seriously enter the National League’s upper class, they need to beat upper class pitching. On Wednesday night, they failed that test.

The game felt over after Rodon, staked to an early three-run advantage, carved his way through the Mets order for the first time. The Mets got just three balls into the outfield against him, and when they got their only runner of the game to third base, Rodon struck J.D. Davis out with a 97 mile per hour heater to extinguish the fire.

As for Bassitt, his first inning implosion was partially the result of some rotten luck. Only one of San Francisco’s four hits in the frame topped 90 mph in exit velocity. This is the reality of being Bassitt, a man who knows very plainly that pitching to contact is his ticket to success. Sometimes those balls find a hole, and sometimes they clear the whole field and land in the seats. That’s what happened when birthday boy Brandon Belt came to the plate in the top of the second, already making a second appearance at his 34th birthday party.

Bassitt left a 2-1 cutter precisely where he didn’t want to and Belt politely showed him where those types of pitches end up. Three hundred and seventy-six feet later, the Mets were down 4-0 and had recorded just five outs. The Giants extended the lead to 5-0 before the Mets’ first glimmer of hope flickered ever so briefly. Marte plopped a dying fly ball in between the Giants’ infielders and outfielders during the bottom of the seventh, scoring a token run, but the flicker died just seconds later.

Down by four runs with two outs, Lindor came to bat. A homer would have brought the Mets within one run. A ball in the gap certainly would have made things more interesting down the stretch. Instead, Lindor didn’t even get a chance to swing the bat. He watched the first pitch as Marte broke for second, testing the arm of rookie catcher Joey Bart.

The 25-year-old caught the pitch cleanly, rose for the biggest moment of the game, and fired an absolute seed to erase Marte. Getting Marte into scoring position for Lindor made sense, theoretically, but it ended up taking the bat out of the superstar’s hands with two ducks on the pond. It was a high risk move with slightly less reward, especially because Marte’s speed would have allowed him to score from first on any type of extra base hit anyway, particularly with two outs.

It was the exact type of situation that required a manager.

The managers by committee sent Robinson Cano to pinch hit in the eighth, facing their second glimmer of hope. Again, two runners on base, this time with the man at the plate representing the tying run. Cano could not follow Canha’s RBI single with a big hit of his own, grounding out to second instead. The real tragedy of the night came next, when Dom Smith was also summoned as a pinch hitter, and also could not bring home the bacon.

Smith got a very yummy pitch from sidearmer Tyler Rogers and took a big bite out of it. The only problem was, the Giants’ third baseman was waiting in perfect position to snare Smith’s line drive. That man just so happened to be Wilmer Flores, one of the most beloved figures in recent Mets history. Flores’ jumping catch kept the score at 5-2 and sucked all the air out of the Citi Field crowd, who seemed conflicted about the whole ordeal given their love for Flores.

That’s just how baseball goes sometimes, especially for the Mets.

You look terrible for a while, then you look good for a bit, sometimes you wish the guys on the other team were with you, and at the end you still lose. But at least you get to try again tomorrow.

Dallas Keuchel is designated for assignment after the Chicago White Sox pitcher’s ERA ballooned to 7.88 – The Denver Post

Two shootings and a stabbing overnight in Denver are under investigation.