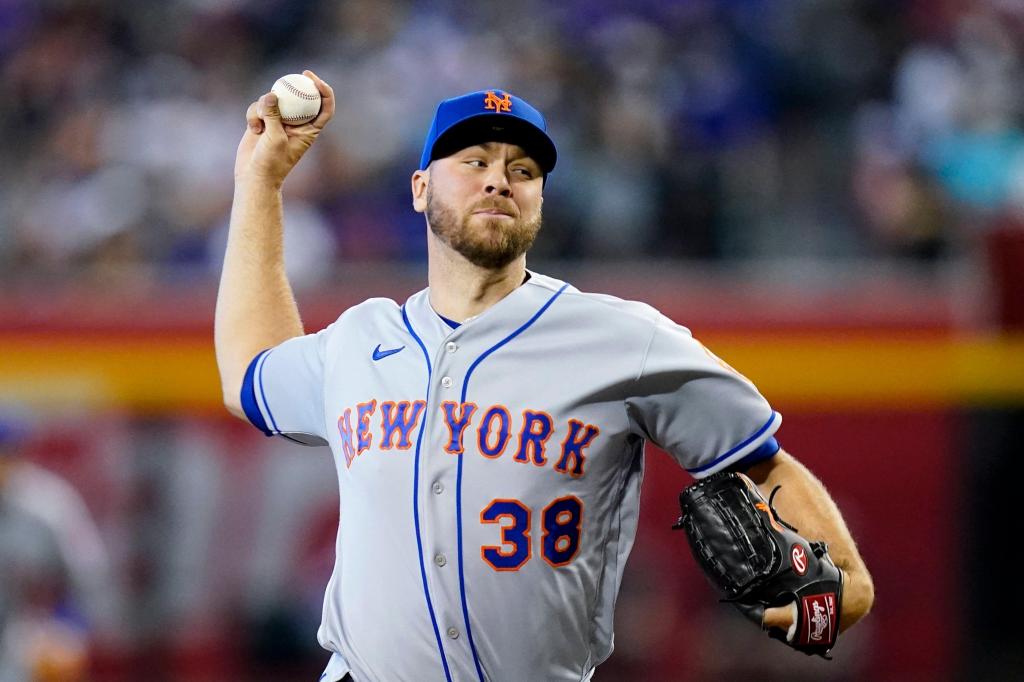 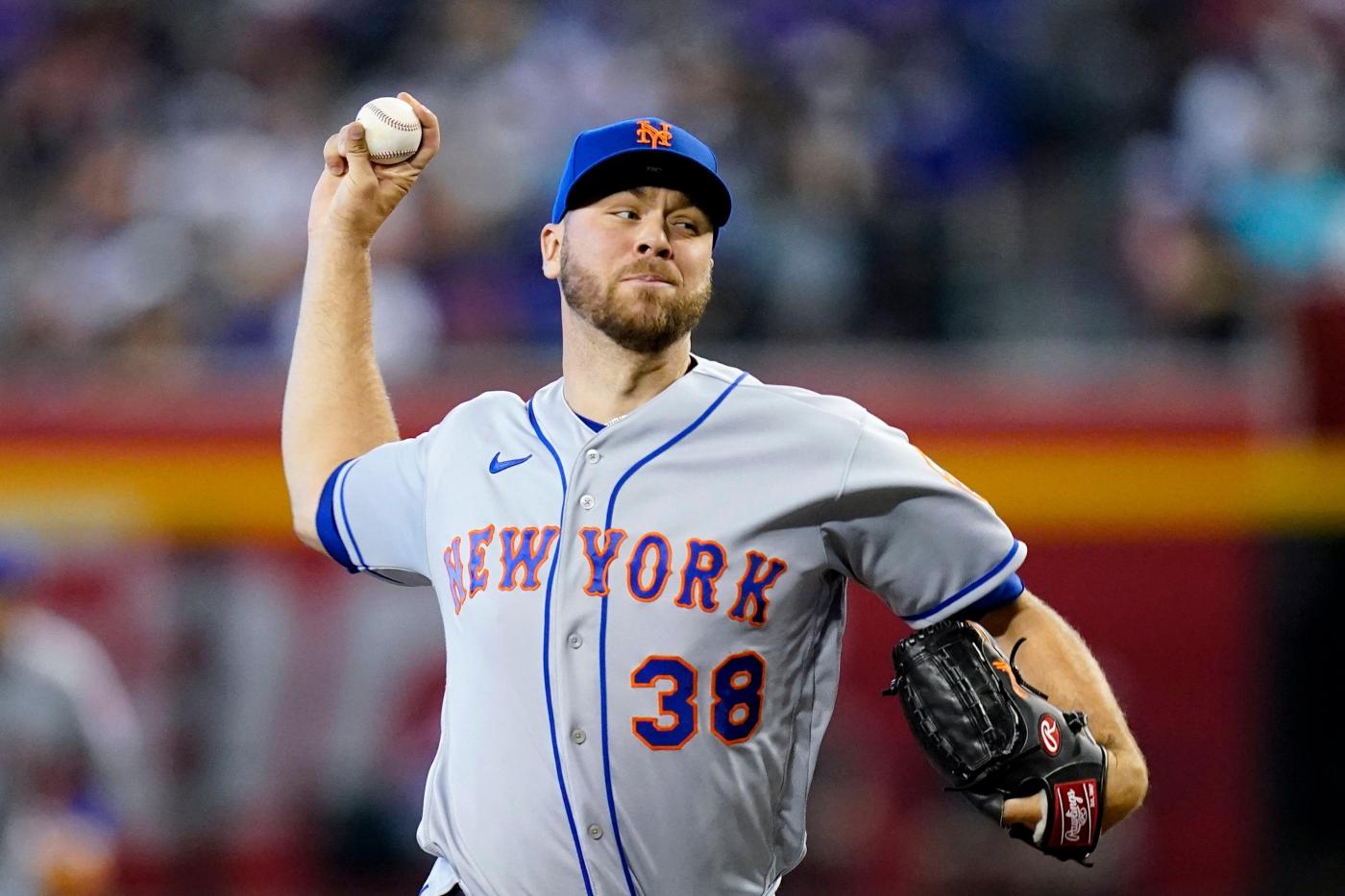 Hours after Buck Showalter delivered some muddled details regarding Jacob deGrom’s progression, Tylor Megill once again showed that—with him taking deGrom’s place in the rotation—the Mets can afford to bide their time with the two-time Cy Young winner.

Megill allowed two earned runs across 6.2 innings, striking out seven, in the Mets’ 6-2 win over the Diamondbacks in the series finale on Sunday. Megill walked just one batter in his first time facing Arizona, and was greeted to a nice ovation from the many Mets fans in attendance at Chase Field.

Afterward, Megill was greeted by his fraternity of pitchers, Max Scherzer and Chris Bassitt, as the trio unpacked the 26-year-old’s start against the Diamondbacks.

The Mets (12-5) have won all five of their series to begin the 2022 season for the first time since 2018, matching a franchise record. They headed to St. Louis on Sunday evening for the second and final leg of their six-game road trip, where they will attempt to win their sixth straight series and form a new team record.

It remains a welcome surprise that the Mets have been able to enjoy a dozen early victories while their best pitcher is on the injured list.

Showalter backtracked on Sunday, telling reporters at Chase Field that deGrom’s MRI on his right shoulder is still scheduled for Monday in Florida. Earlier this weekend, the manager had said deGrom underwent both an MRI and a CT scan on Friday. He corrected himself ahead of the series finale in Arizona, clarifying that deGrom did in fact undergo a CT scan, but the Mets are in no rush to read the results of that image just yet.

It is hard to believe the Mets did not read and discuss deGrom’s CT scan as soon as they received the test results. It is more likely that the organization is waiting to share those results with the public until deGrom also undergoes his MRI, which is scheduled about three and a half weeks after the right-hander learned, on April 1, of the stress reaction on his scapula. Friday’s CT scan combined with Monday’s MRI will tell the Mets a lot more about deGrom’s progression, and whether he can start throwing again.

In the meantime, Megill has established himself as a mainstay in the Mets rotation. He has a 2.35 ERA across his first four starts (23 innings) this year. Megill is building on a 2021 rookie season that showed promise, but also allowed the towering 6-foot-7, 230-pound right-hander to get 89.2 innings underneath him. Last season set Megill up nicely to gradually increase his workload this year.

On Sunday, Megill held the Diamondbacks to five hits and kept slugger Seth Beer off the bases in each of his three at-bats. Mets starters are continuing their strong first few weeks of the regular season, flashing a 2.47 rotation ERA—second-best in the majors, behind the Dodgers’ starting staff.

Megill was aided by a Mets offense that has impressed across its first 17 games of the season. Starling Marte broke a 1-1 tied game in the sixth by crushing a one-out double to center field, then stealing third base and scoring on a fielding error by third baseman Sandy Alcantara. Marte already has four stolen bases out of six attempts this season, and his speed continues to provide a significant jolt to the club’s offensive opportunities.

J.D. Davis, batting as the designated hitter, kept the scoring going in the eighth inning with his first home run of the year, a 391-foot laser to right-center field. If Davis, who entered Sunday hitting .200/.304/.250 across 20 at-bats and nine games, can get his bat going, he can establish himself as the team’s regular DH.

As things currently stand, the Mets have rotated Robinson Cano, Pete Alonso, Dominic Smith, and Davis in that role, though only the club’s starting first baseman in Alonso has enjoyed consistent results at DH. With Eduardo Escobar starting at third base, now is as good a time as any for Davis to take advantage of that revolving DH door and begin owning an everyday spot in the lineup.