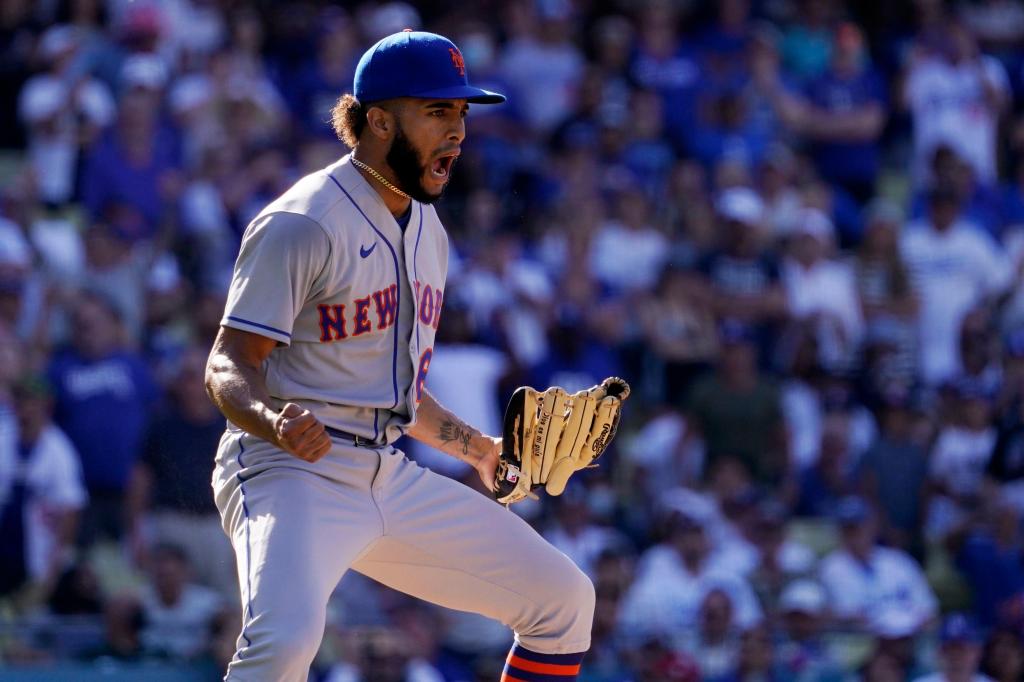 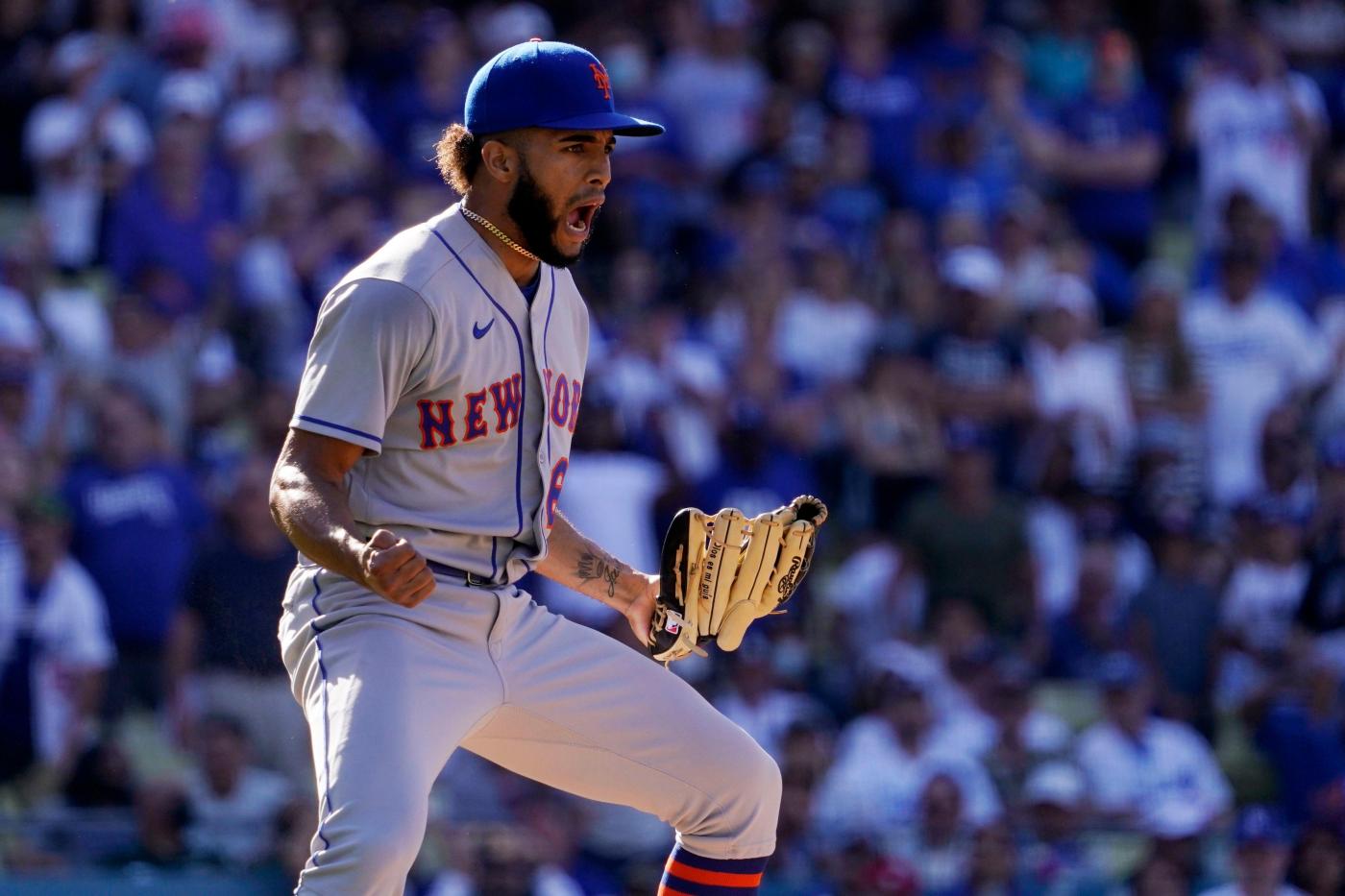 LOS ANGELES – The Mets tried to accomplish a series split against the Dodgers by doing something old and doing something new. The old: rallying late, coming back and taking the lead. The new: Buck Showalter using his closer in the eighth inning, rather than the ninth, to face the three best hitters at the top of the Dodgers order. That decision didn’t exactly work, but the Mets beat the Dodgers, 5-4, in 10 innings anyway thanks to timely hitting from J.D. Davis.

Edwin Diaz protected a two-run Mets lead when Showalter flipped the script and called on his closer for the eighth inning. Diaz was lights out, inducing fly outs to Mookie Betts and Freddie Freeman before freezing Trea Turner on a slider inside. In an unusual sight, Diaz walked off the mound and into the dugout rather than high-fiving his catcher after a shutout inning.

There was more work to be done, still. Setup man Seth Lugo had the ninth, and he promptly coughed up a leadoff home run to Dodgers catcher Will Smith, who parked an opposite-field tater to right field and cut the Mets’ lead to one measly little run. Lugo couldn’t hold on. He surrendered a double to Chris Taylor and an RBI single to Eddy Alvarez as the Dodgers tied the game and sent it to extra innings.

The Mets (37-19) got back in front in a hurry when Davis ripped a double to center and scored Pete Alonso, the free runner at second in the 10th inning. With all of Showalter’s high-leverage relievers already used, it was up to Adonis Medina to try and lock down his first career save. Medina, tasked with facing Betts, Freeman and Trea Turner, got his first two batters out, but catcher’s interference put Turner on first base with the tying run, free runner Gavin Lux, at third.

Adonis struck out Smith for the final out to end an incredibly exciting series against the Dodgers.

Down one run in the eighth, Francisco Lindor initially lit the rally spark when he opened the inning with a ground-rule double to right field. Then Pete Alonso, who is as clutch as clutch gets for the Mets right now, collected his 54th RBI of the year when he ripped a game-tying double to left field that easily scored Lindor. Eduardo Escobar moments later gave the Mets the lead, sailing a go-ahead sacrifice fly to right field, and Tomas Nido padded on with an RBI single for the insurance run.

Trevor Williams, who may have made his final spot start before he inevitably jumps back into the bullpen, and the Amazin’s bullpen kept the Mets in the game long enough to let the offense come back and rally in the eighth.

Williams allowed two runs on six hits, accompanied by no walks and five strikeouts, across five innings and 86 pitches in his fifth start of the season for the Mets. His season ERA stayed put at 3.58, since the only runs he permitted came off the bat of Trea Turner, in the form of a first-inning, two-run home run. But Williams refocused to turn in a solid outing.

The right-hander gave up a ton of hard contact—five of the six hits he allowed had an exit velocity of 91 mph or higher—while even the balls that fell for outs were crushed. But, despite the seemingly never-ending threat from the Dodgers lineup, Williams barreled down and retired 14 of his next 18 batters following the home run to Turner.

Brandon Nimmo was hit by a Caleb Ferguson 95-mph fastball that drilled his right hand with two outs in the seventh inning. Nimmo, who almost always sprints to first base even after getting hit by a pitch, was down on the ground for several moments in obvious pain. Showalter and a Mets trainer came out to check on the center fielder, but Nimmo soon stood up and took first base. After the seventh inning, Showalter came back out to check on Nimmo, who shooed him away and ran to the outfield to remain in the game.