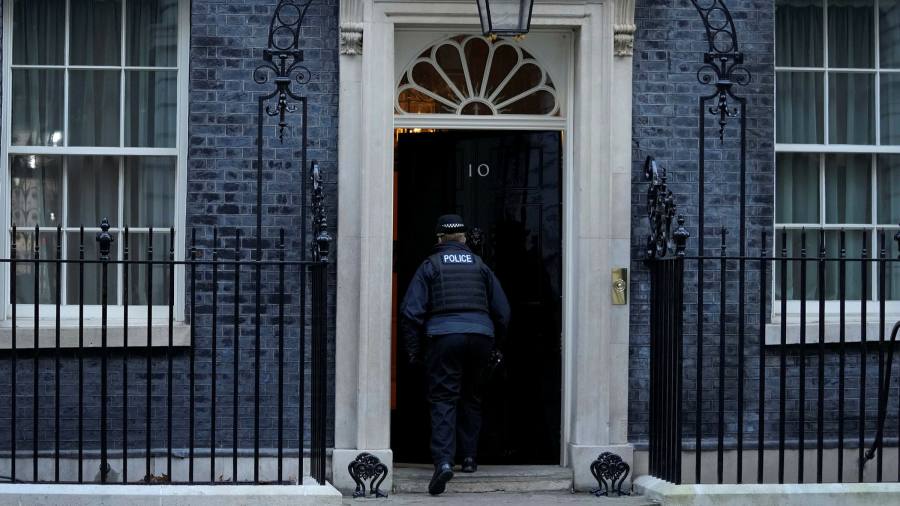 London’s Metropolitan Police force is under increasing pressure to explain why Boris Johnson was not fined for violating coronavirus restrictions after new photographs emerged of him drinking at a Downing Street gathering that reportedly took place during the November 2020 lockdown.

Sadiq Khan, the mayor of London, on Tuesday joined calls for the Met to explain why the prime minister escaped censure when at least one other person at the party was fined.

The photographs, first shown on ITV News, show Johnson raising a glass from behind a table cluttered with bottles of alcohol at an event at Number 10 on November 13 2020 to mark the departure of then communications director Lee Cain.

Their publication comes just as senior civil servant Sue Gray is set to publish her long-awaited report into gatherings in Downing Street and Whitehall during the pandemic, which was delayed while the police carried out their investigation.

Johnson was fined for attending a gathering to celebrate his birthday in Downing Street on June 19 2020, but did not receive a penalty for attending Cain’s leaving event.

Speaking on Tuesday, transport secretary Grant Shapps said the images of the prime minister were “disappointing”, but argued that Johnson was only in attendance for a short period of time.

“I think they are disappointing, it makes me angry to see them,” he told the Today programme. “It looks to me he was asked to go and thank a member of staff who was leaving, raises a glass to them and, I imagine, comes in and out pretty quick, which is presumably why the police have not issued a fixed-penalty notice to the prime minister for that event.”

Shapps also pushed back on suggestions that Johnson lied to parliament about his conduct and that of his staff throughout the pandemic. “He did not knowingly lie,” he said speaking to ITV’s Good Morning Britain.

Gray will publish her report into coronavirus rule breaking later this week. Her findings are expected to be highly critical of Johnson, as well as civil servants — including cabinet secretary Simon Case.

Johnson is also facing an investigation by the privileges committee — a parliamentary body that examines the conduct of MPs — into whether he lied to parliament.

The emergence of the photos has sparked growing unease among Conservative backbenchers.

“I believe that the PM has misled the HoC’s from the despatch box. That is a resignation issue,” veteran Tory MP Sir Roger Gale wrote on Twitter. “I have made my own position clear. It is now a matter for my Conservative parliamentary colleagues to decide whether or not to instigate a vote of no confidence.”

Meanwhile, Tory MP Tom Tugendhat warned that the ‘partygate’ scandal was having an impact on the government’s reputation. “Seriousness in government matters. It costs us all,” he told the BBC. “And I’m afraid this just doesn’t look serious.”