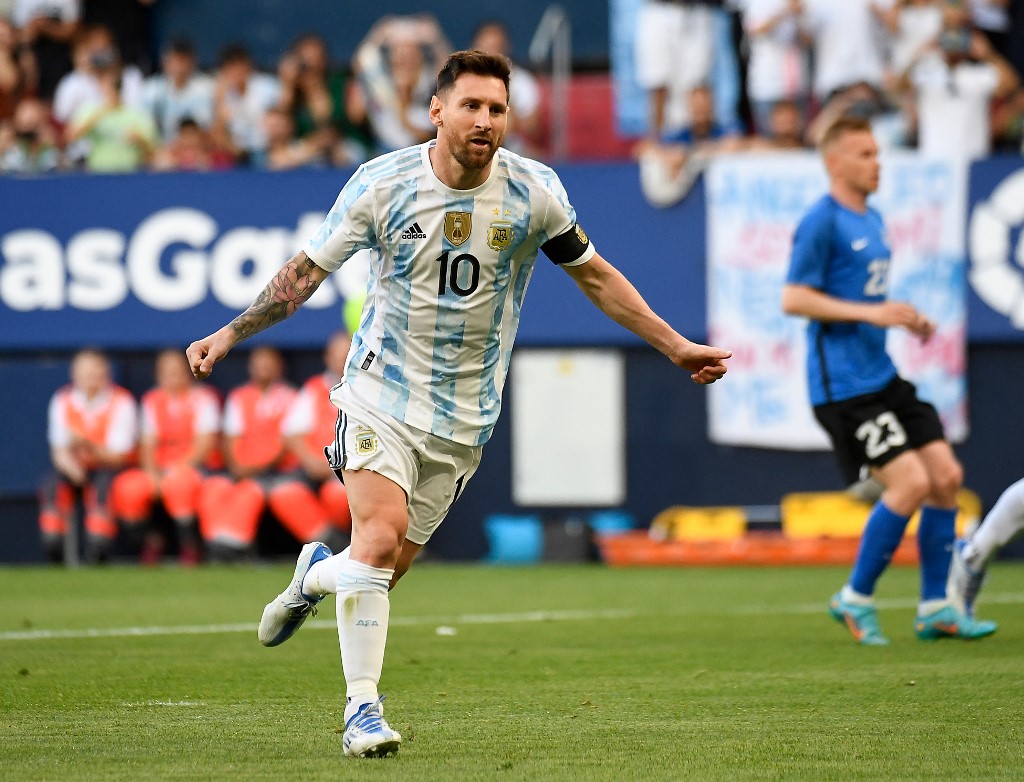 The former Barcelona player got to shine once more on Spanish soil in a match played at the El Sadar stadium in the northern city of Pamplona, 430 kilometers from what for 21 years he called home.

Messi, who has now netted 86 times in 162 games on international duty, opened the scoring with a penalty kick in the eighth minute as he waited for goalkeeper Matvei Igonen to commit before firing the ball into the bottom right corner.

The 34-year-old doubled Argentina’s lead just before halftime, adding another goal two minutes into the second half. He sealed the score with two more strikes in the 71st and 76th minutes.

The Argentina captain caught up and left behind the former Hungary and — on four occasions — Spain forward, who scored 84 goals in 89 games.

The Paris St Germain forward also became the first player to have netted five times in both a single European Cup or Champions League clash and in an international match on a senior level.

He previously found the back of the net five times 10 years ago, when Barcelona hammered Bayer Leverkusen 7-1 in the Champions League last 16 second leg at the Camp Nou.

31 J.Crew Items This Editor Is Shopping for Summer