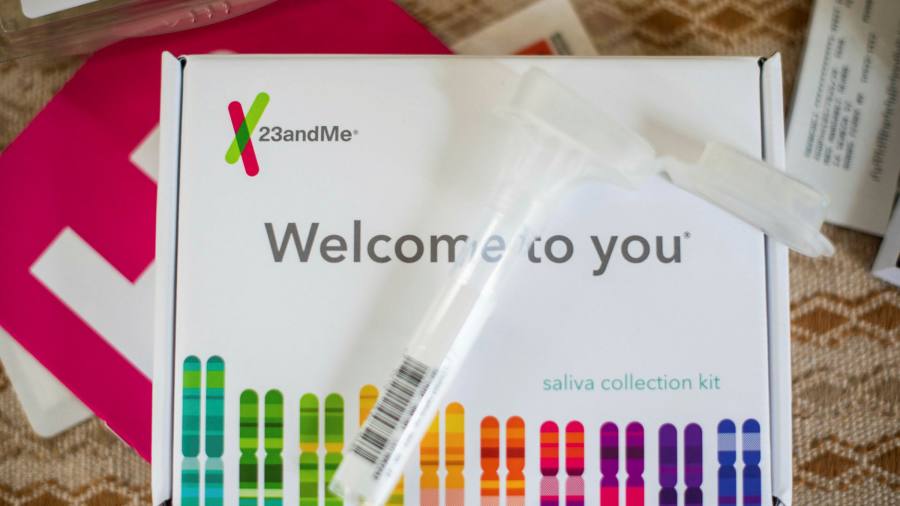 23andMe is the latest company to go public via a merger with a Spac, as an increasing number of private companies prefer the less burdensome route to a traditional initial public offering.

The Silicon Valley-based company will trade on the New York Stock Exchange by reverse-merging with the British entrepreneur’s VG Acquisition, which raised $480m in October to hunt for consumer-facing businesses.

Under the terms of the transaction, VG Acquisition will inject $509m in cash into 23andMe, while a group of investors will provide an additional $250m via a private placement. Sir Richard and Anne Wojcicki, 23andMe’s chief executive, will contribute $25m each to the private placement. Other institutional investors include Fidelity, Altimeter Capital, Casdin Capital and Foresite Capital.

Once the deal is complete, existing 23andMe shareholders will own 81 per cent of the company, which will trade under the ticker symbol “ME” on the NYSE.

Over the past 12 months, a wave of Spacs have been launched as sports stars, celebrities, industry titans and retired politicians have enthusiastically backed Wall Street’s latest trend despite the historically poor performance of these vehicles.

Sir Richard said in an interview with the Financial Times that Spacs “cut through a lot of red tape”. He said he had a great experience with the Virgin Galactic Spac in 2019, where he combined his space tourism venture with the blank-cheque company of Chamath Palihapitiya, the former Facebook executive who has become a poster child of the recent Spac frenzy.

Ms Wojcicki said she had previously been resistant to going public, since she likes to know her investors.

“Partnering with Richard, that was the slam dunk,” she told the FT. “Richard Branson is the pioneer of thinking big. You couldn’t ask for bigger.”

“We’re trying to transform healthcare, and that is a long-term vision. It’s not overnight,” she said. “There’s definitely bumps in the road.”

Since Ms Wojcicki co-founded the company in 2006, it has faced numerous challenges, including concerns about privacy hitting growth in the sales of consumer genetic tests, and regulatory scrutiny about allowing patients to access the information they might not understand.

23andMe, a pioneer of direct-to-consumer genetic testing, has recently shifted its focus to using its research database — the largest in the world — for drug discovery. In partnership with the UK drugmaker GSK, it is exploring over 30 drug development programmes, Ms Wojcikci said.

Sir Richard said he was aware that developing a drug can involve significant money and time — as long as seven or eight years. “I think that with the genetic information, Anne hopefully can do it in three to four years, and that can mean that can make a hell of a difference to the economics of finding new drugs,” he said.

Sir Richard was a series A investor in 23andMe, which was founded in 2006. He said has used the service for information on his health and genealogy, including discovering an Indian ancestor.

Ms Wojcikci said Covid-19 had made people more interested in learning about how to take care of their health. 23andMe recently launched a subscription service, offered to the 10m members that have already taken the test, to give them more data.

“The end goal for us is healthy at 100,” she said, pointing to Tom Moore — the UK pensioner who raised money for the NHS by walking around his garden and who died this week at the age of 100 — as the model.

Sir Richard said people in his family tend to live to 100 already, so he is aiming for 110.

“I’m expecting her to deliver on this, but equally I have no wish to live to 110 if I’m not healthy and fit and still winning on the tennis court,” he said.