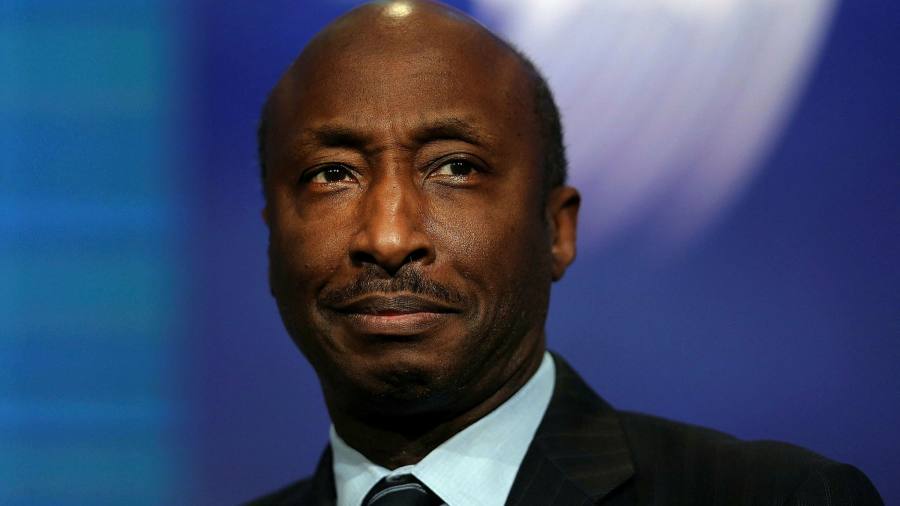 Kenneth Frazier, one of the most outspoken voices for racial justice in corporate America, will retire from his post as Merck chief executive this summer, and be replaced by the drugmaker’s executive vice-president Robert Davis.

Mr Frazier is one of only a handful of African-American chief executives of Fortune 500 companies, and spoke out against the killing of George Floyd last year. He will stay on as Merck’s executive chairman. He has been chief executive and chairman since 2011, before which he was general counsel.

Mr Davis, the incoming chief executive, is also a lawyer by training. He joined Merck as chief financial officer in 2014, and his role expanded two years later to include business development, investor relations and corporate strategy.

Les Brun, Merck’s lead independent director, thanked Mr Frazier for his role leading the pharmaceutical company as it delivered blockbuster drugs such as Keytruda for cancer, and Gardasil, the HPV vaccine. He also commended Mr Frazier’s belief in the importance of a “strong, values-based culture”.

“These characteristics and accomplishments, coupled with his principled stances on broader public issues, especially those involving intolerance and injustice, make his planned retirement felt so personally by every member of the board,” he said.

The news of Mr Frazier’s planned retirement came as Merck announced a quarterly loss but issued a rosy outlook for 2021, guiding to sales between $51.8bn and $53.8bn, and adjusted earnings per share of $6.48 to $6.68.

It missed expectations for the fourth quarter, as the Covid-19 pandemic kept people away from their healthcare providers, especially for vaccinations for other diseases. Merck said the pandemic cost the company $400m in lost revenue in the quarter, and $2.5bn in the full year.

In the fourth quarter, sales rose 5 per cent year-on-year to $12.5bn, driven by a 30 per cent rise in sales of Keytruda, but lower than the consensus forecast for $12.7bn. Adjusted earnings per share were $1.32, compared with the average analyst estimate of $1.38.

The company’s net loss of $2bn compared with earnings of $2.4bn for the same period the year before. Spending on research and development soared by 37 per cent year-on-year, due to upfront payments for acquisitions and collaborations.

Merck has pulled back from its work on a Covid-19 vaccine, after disappointing results in an early trial. It is working on drugs to treat the disease.

Shares in Merck, which have risen more than 130 per cent since 2011, edged up 0.4 per cent in pre-market trading in New York.