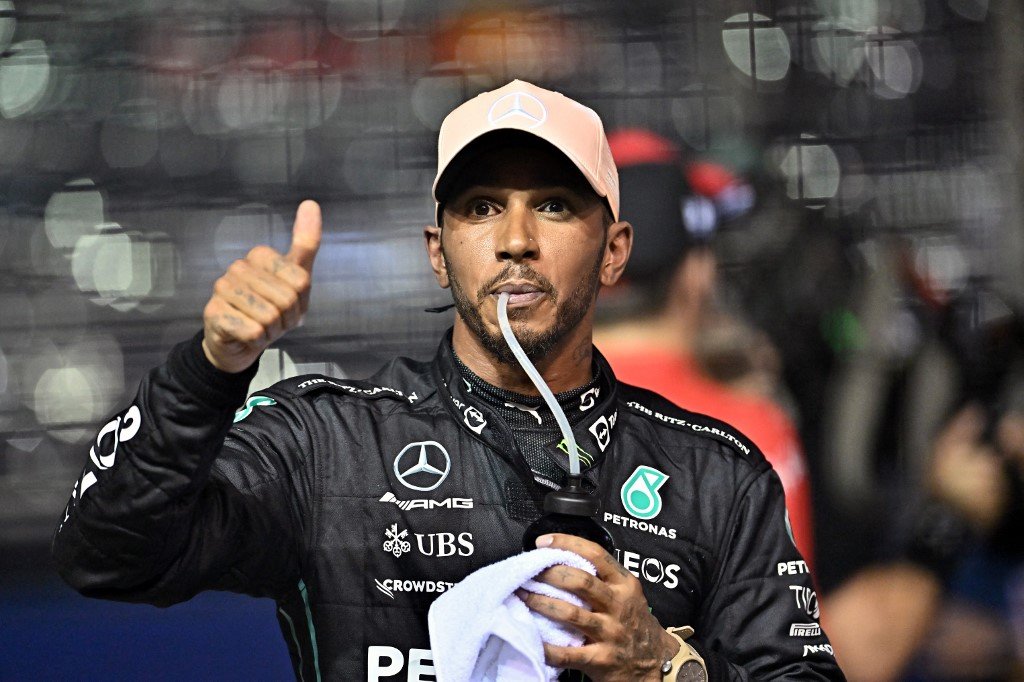 Mercedes’ British driver Lewis Hamilton reacts after placing third in the qualifying session ahead of the Formula One Singapore Grand Prix night race at the Marina Bay Street Circuit in Singapore on October 1, 2022. (Photo by Lillian SUWANRUMPHA / AFP)

Hamilton, 37, signed a two-year extension at the start of the 2022 season.

The British driver has a record 103 career wins but none since December 2021 in Saudi Arabia. His seven F1 titles are tied for the most all time with Michael Schumacher.

“I am absolutely certain that Lewis can win the eighth world title with us,” Wolff told reporters Tuesday.

“He is not going to go elsewhere, and if we can provide a car that is competitive and he can fight for wins, he is going to win more titles. For him, retirement is still far away. But he asks himself, ‘Am I still happy with my performances?’ And once he comes to the conclusion that he is not, he will be the first one to say that is it.”

Wolff said he has “no doubt” about extending Hamilton’s contract past 2023.

“Just last week we sat down and (Hamilton) says, ‘Look, I have another five years in me, how do you see that?’” Wolff said.