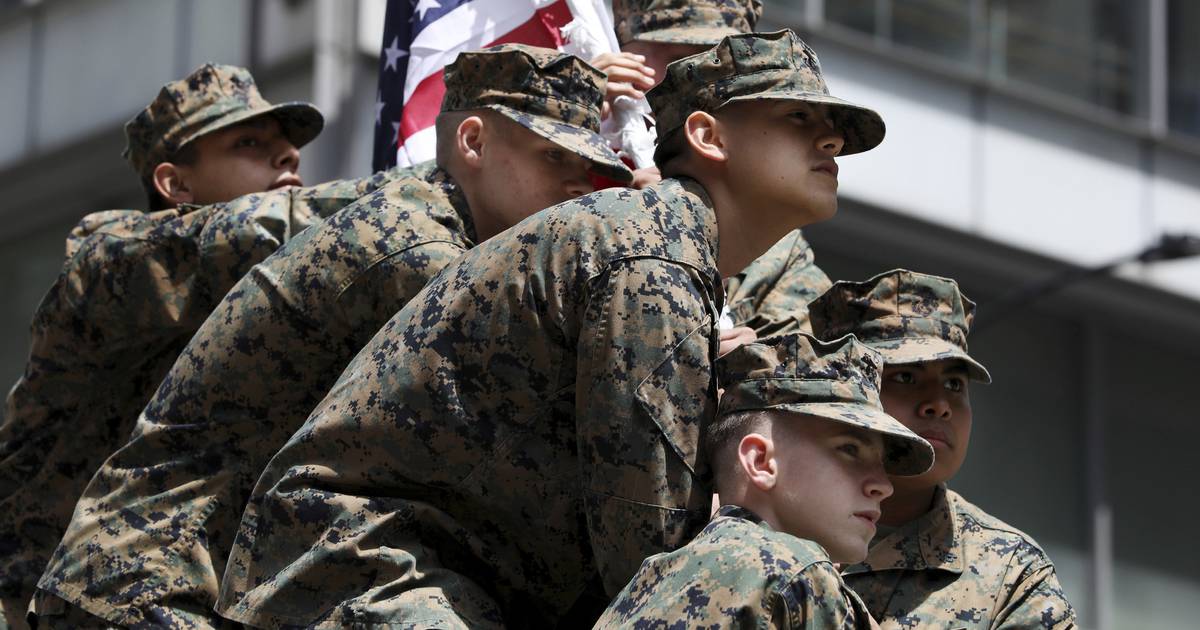 Memorial Day weekend kicked off Saturday in sun-drenched Daley Plaza with the traditional wreath-laying ceremony followed by a parade which stepped off shortly after noon.

The city is blessed with pleasant weather only every few years, Sen. Tammy Duckworth of Illinois said to the crowd of about 150.

“I feel like we go through Memorial Day here when it’s blazing hot, followed by at least a couple where it’s freezing cold, and then we get one good one every fourth year, so this is a great day,” Duckworth said.

As Lightfoot spoke to the crowd, which included many Gold Star Families and loved ones of those who died while serving in the military, she praised the relatives who attended.

“The service member serves, but so too does the family,” Lightfoot said. “We want to thank all the family members here in support of the men and women in uniform.”

“The willingness of American veterans to give their lives for something greater than even their own self-existence must be honored and will be continued to be honored,” Loh said.

As part of the ceremony, the city also proclaimed May 28, 2022 as “Rick Murray Day,” in honor of Murray, who passed away in Nov. and was remembered for serving in the Korean War, performing jazz music around the city, taking part in the Memorial Day parade year after year and continuing to help veterans by serving on the city’s Memorial Day committee, the mayor’s advisory council and more.

Murray’s daughter’ Candace Price, accepted the proclamation from Lightfoot on his behalf.

This year’s recipient of the Major General John A. Logan patriot award was Jean Harris, of Lagrange Park, who is a support coordinator covering northern Illinois for Survivor Outreach Services.

Harris said she has been attending Chicago’s Memorial Day celebration for years, always to honor her son, Sgt. Joshua William Harris, who was killed Sept. 7, 2008 at 21 years old while serving in Afghanistan.

Harris said she is “glad” the city continues to honor veterans and celebrate Memorial Day in big ways year after year and hopes the tradition stays alive.

“I hope that they don’t stop,” Harris said. “It’s nice for everyone, so I hope it continues for years to come.”