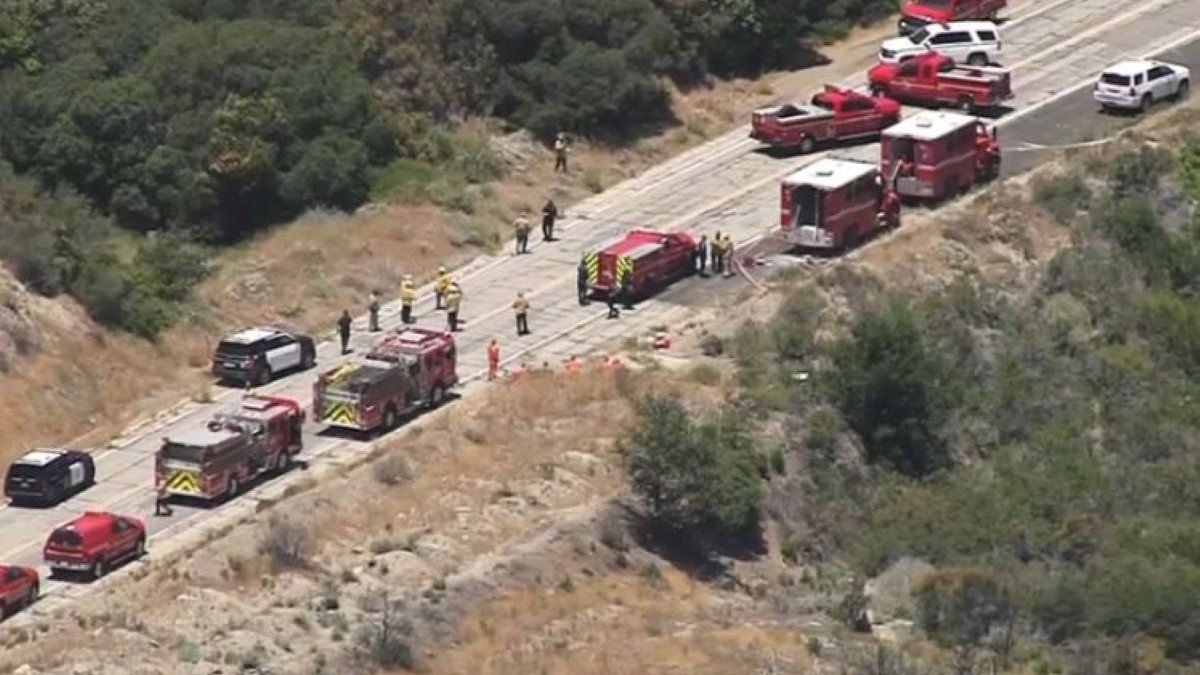 Six members of an inmate firefighting crew were injured in a remote area of northern Los Angeles County.

One inmate was treated for critical injuries at a burn center with burns covering over 12% of his body, but officials say he is expected to be ok. The other five inmates suffered minor injuries.

The inmate firefighters were in the back of a transport vehicle leaving a training exercise when the fire started, authorities say.

Authorities confirm that the fire was not related to the training exercises they were performing and was not apart of any escape plan.

Inmate firefighters are not allowed to have an flammable materials in the back of the trucks which include cigarettes, lighters, and liquids. It is unclear what started the fire and officials are still investigating it.

The fire was extinguished after the van driver pulled to the side of the road north of Castaic, investigators said.

Paramedics responded to Golden State Highway at Templin Highway at about 11:15 a.m., according to the Los Angeles County Fire Department.