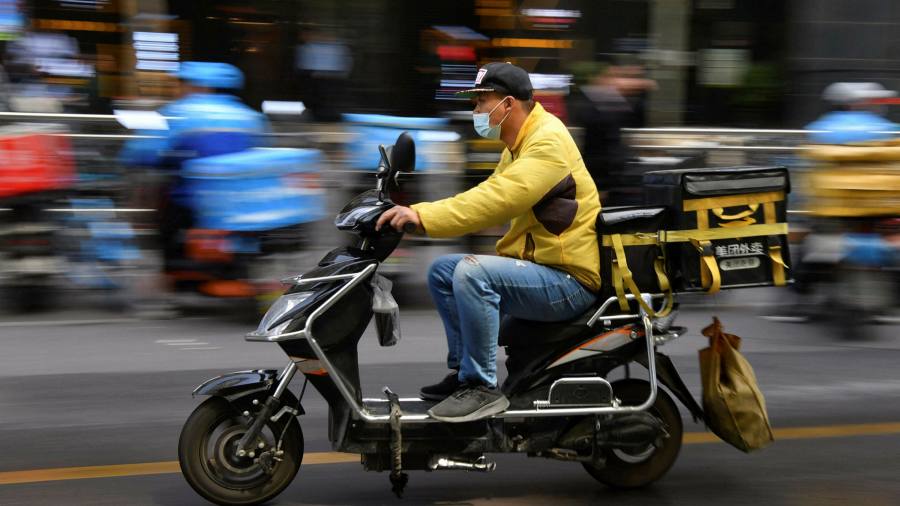 The share price of the Chinese food delivery app Meituan fell as much as 9.8 per cent on Monday after its chief executive Wang Xing posted an ancient poem criticising the emperor to his social media account.

The Tang dynasty poem that Wang posted to social media was interpreted as a challenge to authorities and to President Xi Jinping, with users of Twitter-like Weibo comparing it in significance to Jack Ma’s infamous October speech in Shanghai that triggered the suspension of Ant Group’s $37bn IPO.

“First we have Jack Ma’s speech, then Wang Xing reposted a poem, one verse and people’s hearts are breaking,” said one Weibo user. Further posts appeared to have been censored on social media.

In Xi’s increasingly authoritarian China, the room for free speech and dissent has shrunk and online netizens and investors were quick to see Wang comparing the repression of the modern era to earlier times.

The original poem was written more than a millennium ago in the late Tang dynasty by Zhang Jie, who also drew from Chinese history to critique the then Tang emperor.

Jie’s verses mocked the actions of an earlier emperor who attempted to quell dissent among intellectuals by burning books, only to have his dynasty overthrown by non-intellectuals.

Wang’s social media post comes as Chinese media and officials have piled into the official investigation into Meituan, criticising the company’s use of third party contractors to supply it with delivery riders.

Last week state media broadcast a television exposé of an undercover government official posing as a delivery rider for Meituan. The official earned only Rmb41 ($6.34) in a 12-hour shift delivering food.

An internet analyst in Beijing who asked not to be named, said the poem had hit home in the present media environment and triggered broader investor concerns around the government’s antitrust campaign against large tech companies.

“Investor confidence is weak, and if there are any unseen events, they tend to look at it negatively,” he added.

Meituan’s Wang deleted the poem and offered a different explanation of the meaning over the weekend. He said he had been referring to competition in the ecommerce industry, and that “the most dangerous opponents are often not the ones you expect”.

Pits for burning books by Zhang Jie, translation by the FT

The ashes of burnt books had not yet faded away but the Qin dynasty was already weak,

The natural military forts did not protect the Qin dynasty,

The bonfire for burning books was not yet cold when the riot in Shandong started,

It turns out Liu Bang and Xiang Yu [who overthrew the Qin dynasty] did not read books at all.