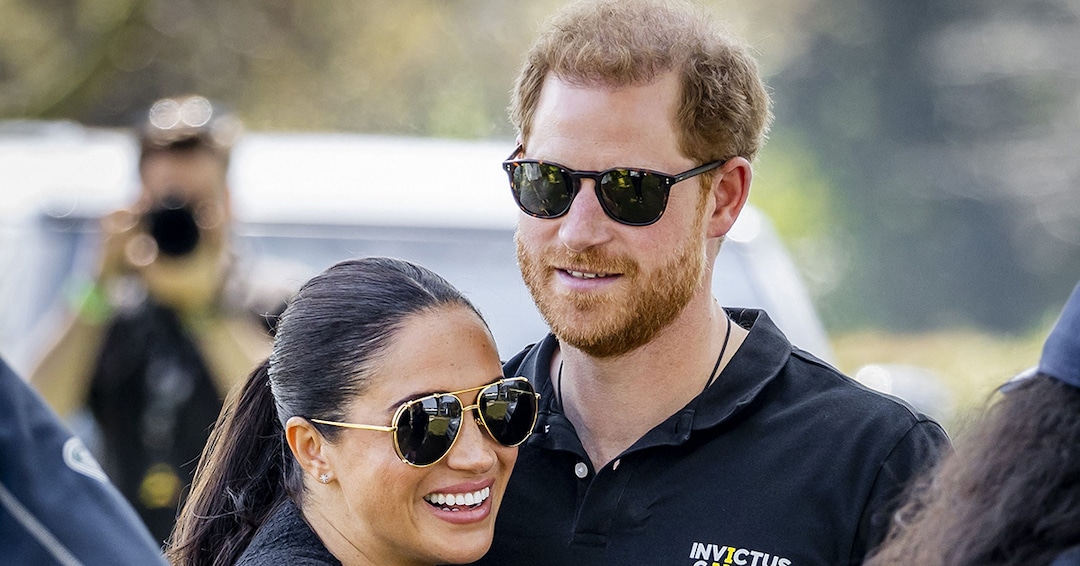 Prince Harry and Meghan Markle are along for the ride!

On April 16, the Duke and Duchess of Sussex, who are visiting the Netherlands in support of the Invictus Games, attended the competition’s first medal event: The Jaguar Land Rover Driving Challenge. Then, the royal couple got up to a bit of fun themselves, popping out for a little joyride with the help of some adorable young drivers.

In sweet snapshots from the event, Harry and Meghan can be seen sitting in the passenger seats of two miniature silver cars as they’re driven around a closed course by two children. In one photo, Harry can be seen raising his hands in the air as he gleefully roots on his driver as they head toward the finish line.

Elsewhere at the Games, Harry also took his own spin behind the wheel as he tested out the driving event’s official course while Meghan—sporting a black Celine jacket, Chanel ballet flats, blue jeans, Linda Farrow sunglasses and a Celine bag—cheered him on from the sidelines.