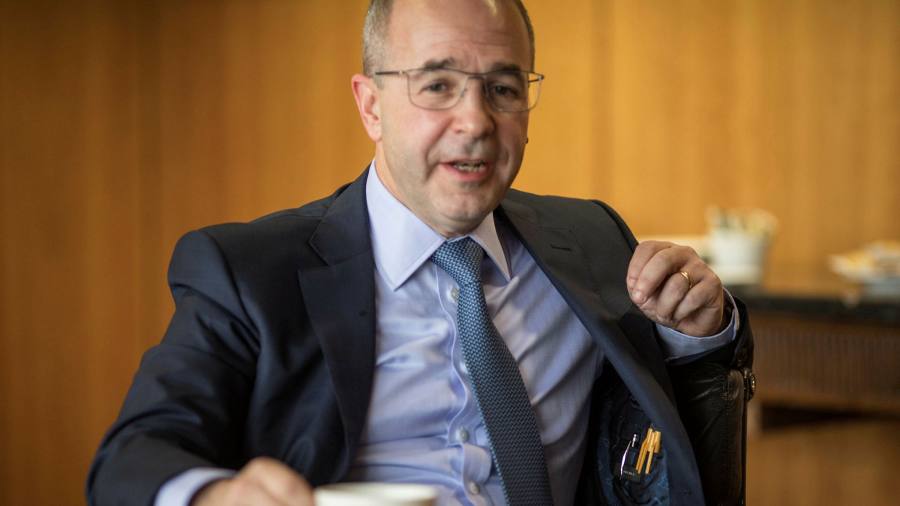 McKinsey’s 650 senior partners have begun voting on whether Kevin Sneader should serve a second term at the helm of a consultancy that has faced a succession of crises since his appointment in 2018.

The triennial process, which has already selected a slate of 10 potential candidates and could narrow the list to two finalists as soon as this week, is both routine and being seen as a referendum on the 54-year-old Scot’s response to a series of blows to McKinsey’s reputation.

Earlier this month, the private firm agreed to pay $574m to settle lawsuits brought by 49 US states over its advice to Purdue Pharma and other opioid manufacturers accused of fuelling an epidemic of prescription drug overdoses.

McKinsey’s biggest crises stemmed from engagements that predated Sneader’s tenure as global managing partner, and he has responded by tightening its procedures for taking on new clients, re-emphasising values on which the partnership was founded and moving quickly to resolve new issues.

Insiders and alumni said it would be unusual for Sneader not to be re-elected, as each of his five predecessors served at least two terms and their reappointments were often uncontested. But the early voting has highlighted prominent peers as well as members of a younger generation of partners with growing influence in the 30,000-strong firm.

People familiar with the matter said the 10 initial candidates included Bob Sternfels, the San Francisco-based senior partner who was the runner-up to Sneader in 2018.

Others include Homayoun Hatami, head of its operation in France; Liz Hilton Segel, managing partner for North America; Virginia Simmons, managing partner for the UK and Ireland; Sven Smit, the Amsterdam-based co-chairman of the McKinsey Global Institute; and Rodney Zemmel, the New York-based head of McKinsey’s digital transformation practice.

Some of those contenders may not want the top job, however, people familiar with the voting process cautioned, because each senior partner can nominate seven candidates in the first round whether they have expressed an interest or not.

Senior partners then rank the candidates in order of preference, with the two strongest emerging through a single transferable voting system before going to a final vote. In 2018 the process was conducted by an independent firm and overseen by a committee of alumni and current senior partners who are ineligible for the top job.

The historic sum McKinsey is paying under the opioid settlement is expected to cut into the profit-sharing “additional award” which has boosted partners’ annual pay in recent years, as McKinsey’s revenue growth has been accompanied by robust profits. The firm does not disclose its sales or profits but Forbes estimated its 2019 revenues at $10.5bn — roughly double their level a decade earlier.

The opioid payout followed a $15m settlement with the US Department of Justice of claims that it had failed to disclose conflicts of interest in bankruptcy cases, and its repayment of tens of millions of dollars in fees after being embroiled in a government corruption scandal in South Africa.

In recent weeks, Sneader has sought to respond quickly to allegations that some members of a McKinsey investment banking research team had inappropriately taken information from a former employer, firing the individuals and suspending the unit’s work.