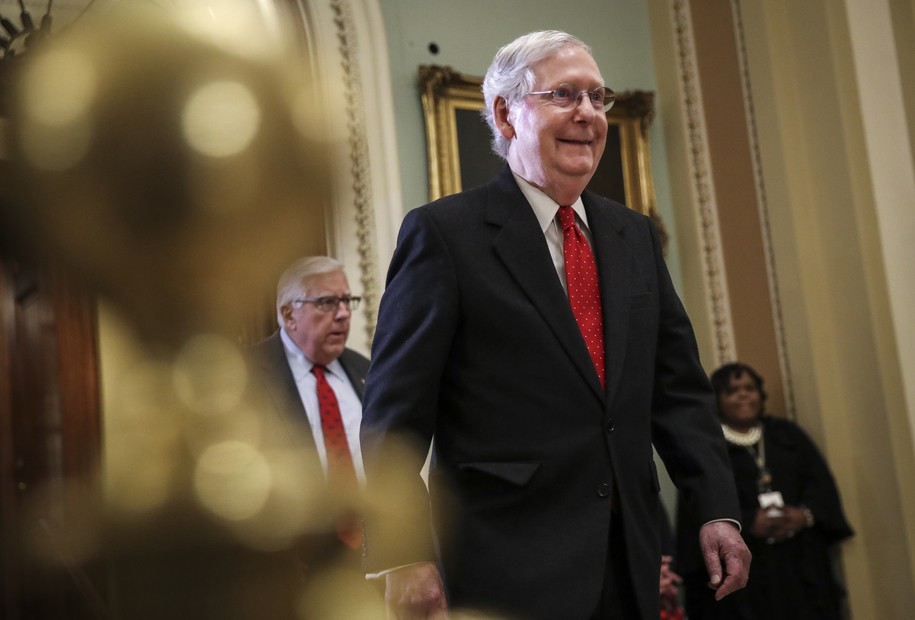 But it’s not like McConnell just threw a single barb at Trump. He printed out the tally on small cards and then distributed them to attendees so no one could possibly miss it—a little keepsake from the meeting, if you will. McConnell reportedly noted “several times” that the Senate Leadership Fund, the super PAC that typically doles out cash to help reelect GOP incumbents, had surpassed the fundraising totals of Trump’s super PAC.

Below that were the statistics for Trump’s PAC, America First: “Trump: $148+ million.” Ouch.

McConnell was basically laying fault for the dual losses in Georgia at Trump’s feet.

Naturally, that prompted an exchange of pleasantries with Trump spokesperson Jason Miller, who implied that McConnell’s weak stimulus package was at fault for the twin failures.

“A better side-by-side comparison would be the $2,000 stimulus checks that the Democrat candidates promised in Georgia versus the $600 stimulus checks that the Republicans offered, which led to us losing both seats,” Miller told the Times. “Just think, if we had done that one thing differently, Republicans would be in control of the Senate right now.”

But they’re not in control right now. Democrats are, and President Biden just helped shepherd the giant relief package through Congress that Trump had dreamed of but wasn’t a good enough dealmaker to deliver.

Now Republicans are caught in the endless loop of a circular firing squad born of sheer desperation. A party with any ideas would have pivoted by now to start executing their strategy for 2022. Instead, they’re railing about Dr. Seuss and Mr. Potato Head while Democrats just passed what is arguably the most transformational piece of legislation in a generation.