McConnell is terrified of Trump, but why isn’t he worried about a center-right Republican revolt? 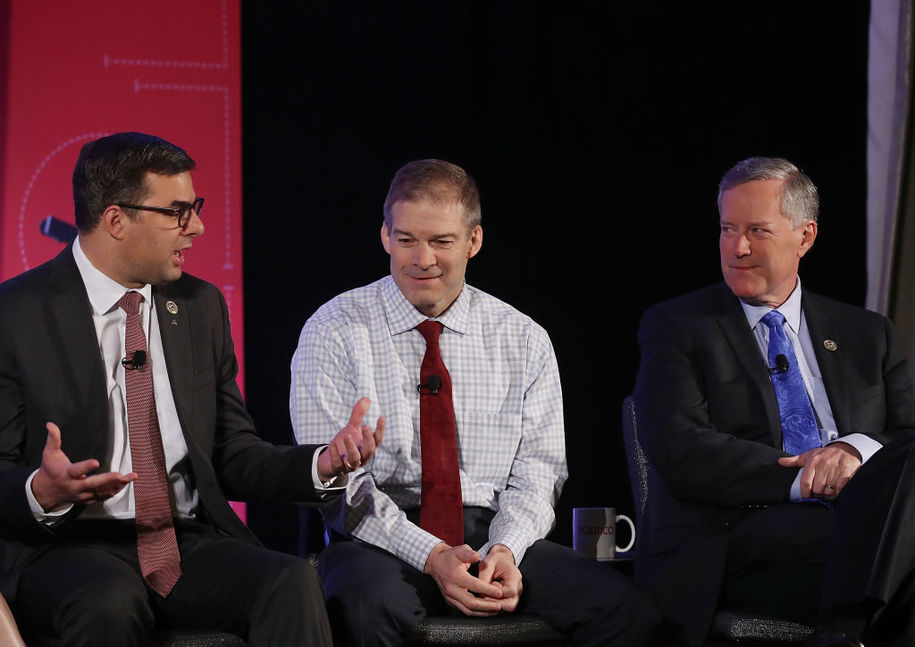 Here’s conservative author Tom Nichols writing in The Atlantic back in September 2020.

I was a Republican for most of my adult life.

I understand the attachment to that GOP, even among those who have sworn to defeat Donald Trump, but the time for sentimentality is over. That party is long gone. Today the Republicans are the party of “American carnage” and Russian collusion, of scams, plots, and weapons-grade contempt for the rule of law. The only decent, sensible, and conservative position is to vote against this Republican Party at every level, and bring the sad final days of a once-great political institution to an end. Then build the party back up again—from scratch.

Instead, argues Nichols, sensible conservatives should allow the GOP to crash and burn, so that it can be resurrected or replaced by a new “center-right party.”

A month later, conservative pundit Max Boot pulled out one of history’s most famous misquotes to make his point.

As a lifelong Republican until Nov. 9, 2016 — and as a foreign policy adviser to three Republican presidential candidates—it gives me no joy to write those words. It’s true that the party had long-standing problems—conspiracy-mongering, racism, hostility toward science—that Donald Trump was able to exploit. But he has also exacerbated all of those maladies, just as he made the coronavirus outbreak much worse than it needed to be.

Then in December, well after the election, when it was clear Trump was going to keep clawing away at the party no matter what, the Never Trumpers’ never Trump Evan McMullin popped up in The New York Times to keep on pounding that drum.

So what’s next for Republicans who reject their party’s attempts to incinerate the Constitution in the service of one man’s authoritarian power grabs? Where is our home now?

The answer is that we must further develop an intellectual and political home, for now, outside of any party. From there, we can continue working with other Americans to defeat Mr. Trump’s heirs, help offer unifying leadership to the country and, if the Republican Party continues on its current path, launch a party to challenge it directly.

These are far from the only voices to raise the idea of walking away from the Republican Party of Trump and taking their ball elsewhere. Though in the immediate aftermath of Trump’s election Republicans were still talking about just waiting him out then dragging the party back to center, everyone acknowledges that this is no longer possible. The Republican Party isn’t just a party led by Trump, it’s a party about Trump. With ideas and a foundation that goes no deeper than Trump’s.

And why not? It may be easy to see that under Trump Republicans managed to lose the House, then the White House, then the Senate. What’s less clear is how thoroughly they’ve cleansed their institutional memory. Of Republicans now serving in the House, 85% have never served under a Republican president who was not Donald Trump. He is all that they know.

That may explain why most congressional Republicans are so quick to roll over when Trump snaps his fingers. It doesn’t explain why no one has followed through on the plan that conservatives have been talking up since before Trump took office. A whole cadre of Republicans from Jeff Flake to Justin Amash left the GOP—and their positions in Congress—after getting crossways with Trump. None of them has been out there on the hustings ringing the bell for the New Center-Right Party of Traditional Republican Dreams.

Donald Trump may not be able to get an accused pedophile elected in Alabama, or boost an inside trader back to office in Georgia. But he has demonstrated repeatedly that he can raise the temperature of his supporters high enough to knock good candidates out of Republican primaries. And there’s no doubt that Trump means it when he says he lives for revenge. Whether it’s Mitt Romney or Liz Cheney, every single Republican who supported Trump’s impeachment (#1 or #2) is certain to get meet a frothing Trump supporter in their next primary.

So why don’t they beat Trump at his own game? Why aren’t Romney and Murkowski parked in McConnell’s office letting him know that, unless he encourages the party to wake up and smell reality, they’re going to start a new party? Bring in Flake. Bring in Amash. Enlist the pens of all those pundits and the pocketbooks of the Lincoln Project. Put up a New Republican Party candidate for every House and Senate seat.

After all, their threat is just as good as Trump’s. They don’t have to be able to win. They don’t even have to be able to swing a majority of Republicans with them. In a lot of districts they’d need to persuade just 10%, or 5%, or 2% of Republicans to join them to make sure the GOP loses a slot. And that’s what all those pundits and former officeholders and real red Republicans have been saying—the party needs to get a few shots until it wakes up and comes back to itself.

So again, why aren’t they doing it? The biggest reason is … they don’t really mean it. Or at least they don’t mean it enough to put in more work that writing a guest column.