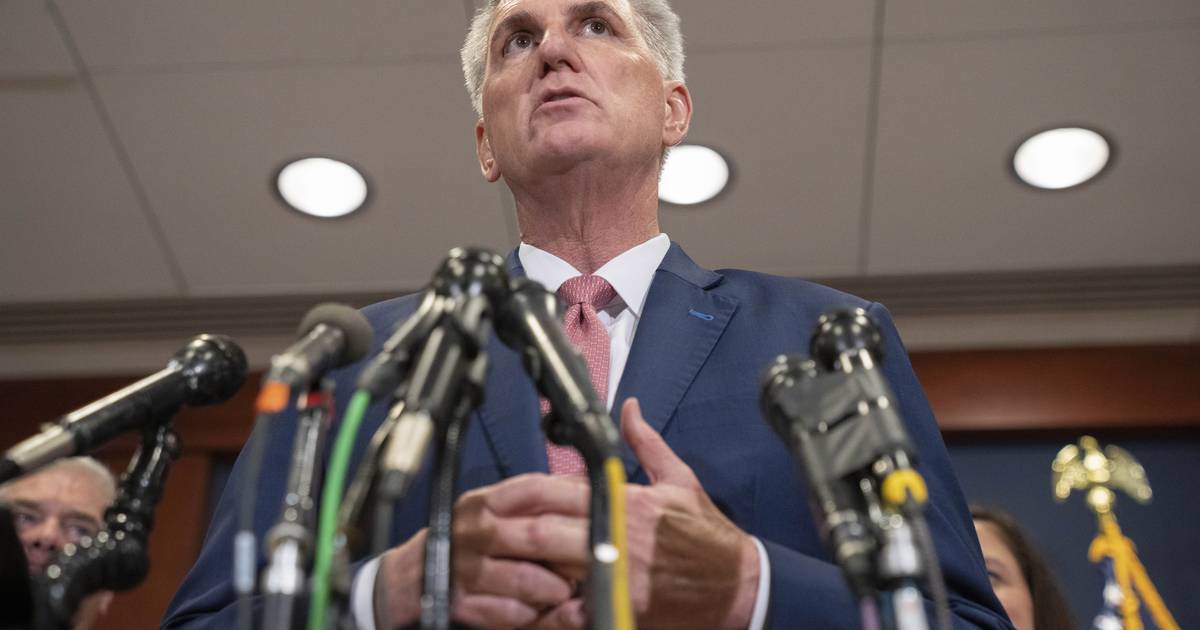 Rep. Kevin McCarthy (R-Cal.) is warning far right-wing lawmakers that they could risk giving Democrats a role in the process if they torpedo his bid to lead the House after the GOP’s underwhelming showing in the midterm elections.

“We will only be successful if we work together, or we’ll lose individually,” he added. “This is very fragile.”

So far, five Republican lawmakers say they won’t vote for McCarthy under any circumstances, accusing him of being too moderate and not sufficiently supportive of former President Donald Trump.

[ McCarthy caught on tape saying he wanted to oust Trump after Jan. 6 ]

Rep. Andy Biggs (R-Ariz.), who mounted a losing challenge to McCarthy in a separate leadership vote, says at least 20 Republicans will not vote for McCarthy as speaker.

Republicans will have at least 221 seats, with one California race still undecided, in the Congress that convenes Jan. 3.

McCarthy needs 218 votes to become speaker, meaning he can only afford to lose three or four votes from fellow Republicans.

McCarthy is expected to find a way to convince the holdouts to get behind him. He could off everything from committing to launch impeachment proceedings against President Biden to rule changes that would make it easier for lawmakers to introduce amendments to legislation.

McCarthy says no other Republican can win all the votes of relative moderates and members of the far-right Freedom Caucus.

He warns that if the right wingers torpedo his bid, a moderate Republican might convince Democrats to back a bipartisan unity bid for Speaker.