McCarthy hammers Biden over border crisis, urges him to visit and see ‘what he’s created’ 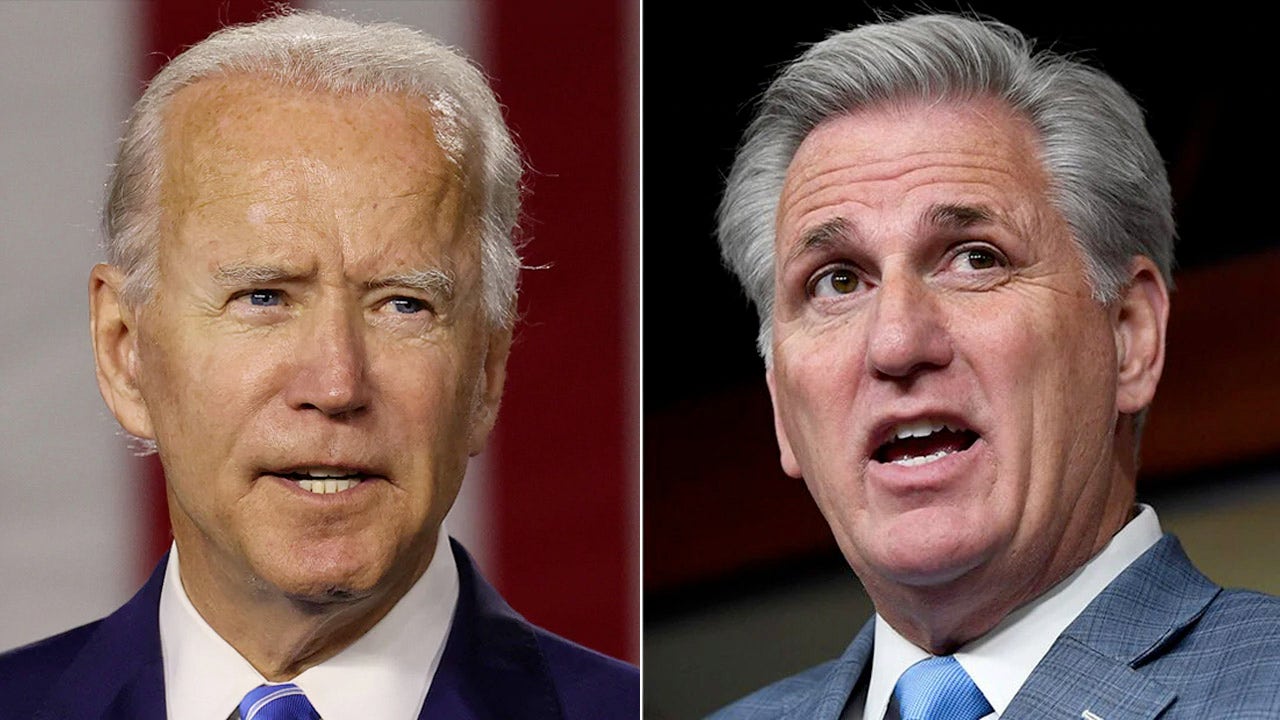 “He needs to come to this border, look what has happened, at what he’s created, and change it,” McCarthy told Fox News correspondent Griff Jenkins.

McCarthy and 12 other House Republicans visited the border Monday as they continued to criticize the White House over the surge in migrant crossings since Biden took office. The surge includes a large number of unaccompanied children, some of whom McCarthy met during his trip.

“It’s worse than a crisis. I thought I would see a crisis, but this is really a human heartbreak,” he said. “We have our brand-new facility to care for these children and they built it beyond capacity, thinking they would never reach it. Today, they just set the anniversary that they broke capacity, more than 1,040 children, and it’s only growing every day. What that means is 120 of these border agents, that are doing an extraordinary job in unbelievable times, can’t be on the border protecting us.”

“When you walk into that room, and you see these children’s faces, they are 1- and 3- and 5-year-olds holding hands, coming up to an agent,” he added. “How many children didn’t make it? And how much is human trafficking being increased by what’s happening? And it’s alll started with these presidential policies.”

The Biden administration is facing what it admits is a “record number of individuals” coming to the border, although it has taken issue with press descriptions of it as a “crisis.” Officials encountered 100,441 individuals in February, a 28% increase over January, and have been scrambling to deal with the child migrant surge and find sufficient housing.

The Biden administration has taken several actions to reverse Trump administration immigration policies, including ending funding for Trump’s border wall and a loosening of restrictions on asylum claimants.

According to McCarthy, border agents are not only seeing a record amount of fentanyl and other narcotics crossing the border, but are also apprehending suspected terrorists from Yemen, Iran, and Turkey. Hundreds of released migrants have also tested positive for coronavirus.

“They are fearful of what tomorrow brings in America, because of what’s happening today on the border,” he said.