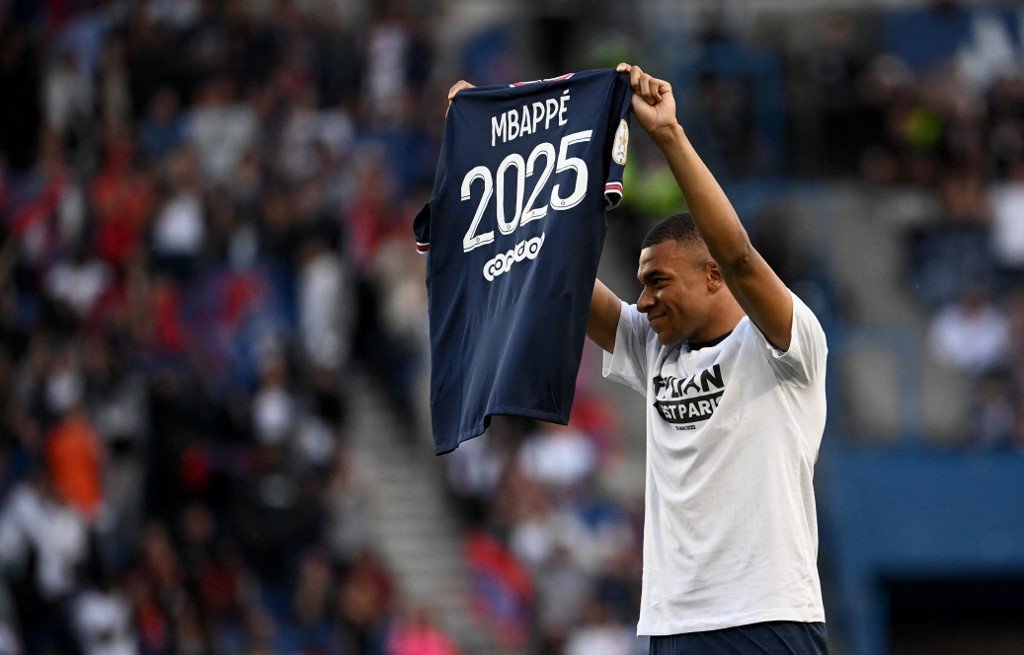 Paris Saint-Germain’s French forward Kylian Mbappe poses with a jersey after the announcement he staying at PSG until 2025 before the French L1 football match between Paris Saint-Germain (PSG) and Metz at the Parc des Princes stadium in Paris on May 21, 2022. (Photo by Anne-Christine POUJOULAT / AFP)

France forward Kylian Mbappe said he “can imagine” Real Madrid’s disappointment after rejecting them to sign a contract extension with Paris St Germain, adding that he will be supporting the Spanish side in the Champions League final against Liverpool.

Mbappe had been widely tipped to join Real Madrid when his contract expired at the end of the season but on Saturday signed an extension at PSG until 2025.

Real also had a bid for Mbappe rejected last year.

Mbappe thanked Real Madrid and their president Florentino Perez for their interest in signing him.

“I am aware of the chance and privilege I had at being coveted by such an institution. I can imagine their disappointment,” he wrote on Twitter.

“I will be their biggest fan in the Champions League final in Paris. My home.”

Mbappe, who scored 39 goals and provided 26 assists for PSG in all competitions this season, said he can “continue to grow” at the club.

“I’m convinced that I can continue to grow here, at a club which is giving itself every means to reach the top,” Mbappe said. “I am very happy to be able to continue to evolve in France … ”

The 23-year-old is scheduled to speak at a news conference alongside PSG club president Nasser al-Khelaifi later on Monday.