Mayor ‘not happy’ about downtown violence over the weekend – Chicago Tribune 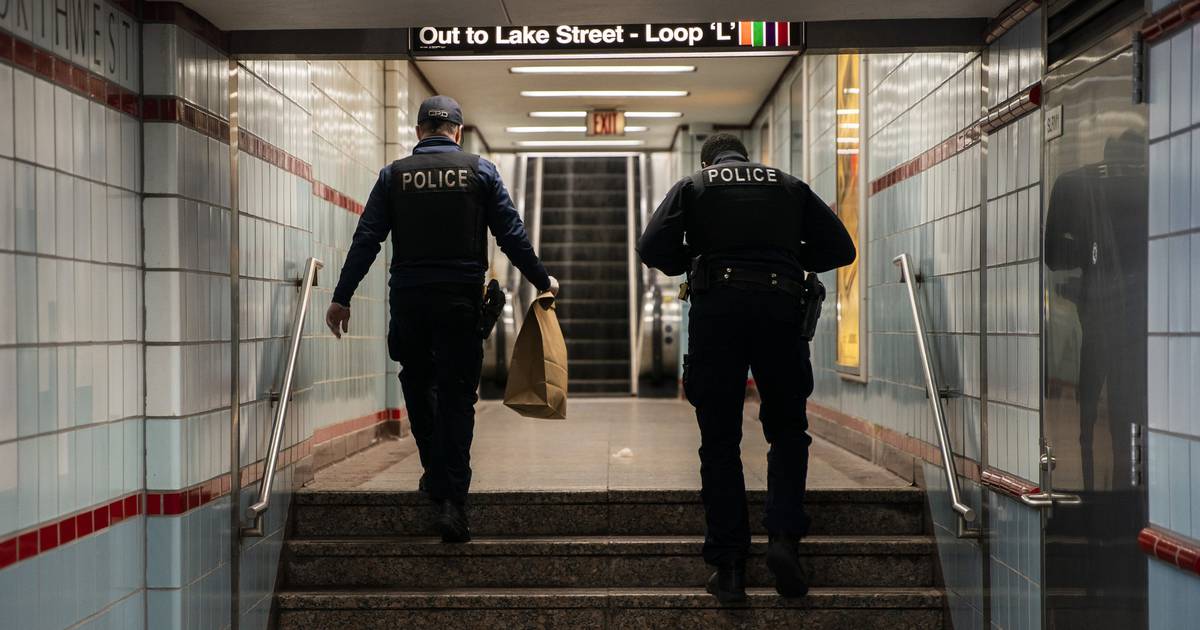 Mayor Lori Lightfoot said Monday that she was “not happy” about violence that again touched downtown Chicago over the weekend and ended with a cancellation of Sunday night’s performance of the play Moulin Rouge.

“We’re working our tails off every single day. Obviously not happy about this weekend,” Lightfoot told reporters at an unrelated news conference. “Particularly distressing is, again, the number of young people that seemingly are involved in acts of violence. It’s clearly not acceptable and that’s why we’ve got to keep doing the things that we know are working.”

The violence follows a period of concern among hoteliers and restauranteurs who rely on downtown tourism for their livelihoods.

Chicago police said six men were engaged in a drug deal inside a downtown taco restaurant on Sunday when one of men robbed three others. All six fled the business and one of the victims fired shots, striking two bystanders behind the Chicago Theatre just before 5 p.m.

The victims, two men ages 27 and 55, were taken to Northwestern Memorial Hospital, where the younger man was treated for a wound to his right hand and the 55-year-old treated for a graze wound to the head.

The shooting led to the cancellation of a production of the Moulin Rouge play.

Hours earlier, about a mile-and-half north in the city’s Gold Coast, an 18-year-old man was killed during a shootout inside the at Sonesta E-S Suites hotel in the 200 block East Walton Street, according to authorities. At a midday news conference Monday, police said women renting a room at the hotel let several men in through an emergency exit

The shooting happened in an area full of expensive apartments and five-star hotels.

“I’m not going to rest and I know the superintendent and the entire department shares my resolve that we’ve got to do more to give people confidence and make them feel safe because they are safe,” Lightfoot said.

“As I’ve said, we’ve made progress this year, but it’s not good enough, and we talked a lot over the course of the weekend and again today about more resources we need to commit to the CTA and making sure people have confidence not only in the CTA but all modes of transport and downtown. We’ve obviously got to step up our efforts,” the mayor said.

Chicago’s central downtown business district, which includes the Loop, the Mag Mile and the Gold Coast, has been considered one of the city’s most policed areas because of its place as the city’s largest tourist and shopping destination, as well as City Hall.

Safety concerns about downtown have risen since a rash of lootings at high-end stores and hundreds more businesses that arose during the May 2020 looting spree that occurred following the death of George Floyd.

Homicides and shootings were down at the end of April, compared to last year, Brown said. The news, coming after a two-year surge in gun violence, was eclipsed, perhaps, by the spate of violent shootings in the downtown area over the weekend.

When pushed about what is driving the violence downtown, Brown spoke of what he sees as a widespread increase in the use of guns to resolve conflicts.

“Almost everywhere in this country personal conflicts are being resolved with guns,” he said. “I don’t want you to characterize this as a victim downtown is more important than a victim on the West Side or the South Side.”

Chicago’s ‘Walking Man’ improves after being set on fire

What to know about Soldier Field, Arlington Heights move